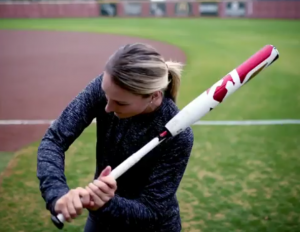 DeMarini’s CFX (the new CF Zen) in fastpitch is a light swinging two-piece composite with a big barrel. The bat’s connection piece is less stiff compared to other fast-pitch bats like the LXT or Xeno. The differentiation between fastpitch bats is very little, and this bat, in the right hands, can perform as well as any hitter on the planet.


Their CF (which stands for Carbon Fiber) line is one of the most talked about lines in both baseball and softball.

The most comparable bat in the 2018 line to the CFX set of bats is the LXT set of bats. LXT is Slugger’s answer to the ligth swinging two piece composite fastpitch bat. Expect a good feel with both bats and for those who use either bat to love it. Also, the Ghost is a legit option from Easton. Although it swings heavy compared to these two it is worth checking out if you are in this 2018 two piece composite market.

We know virtually nothing about the differences between the CF9 and the CFX. The only indication there may be significant changes is an image we captured of the transition point. The D-Fusion handle, a mainstay on the CF series, looks to have gone through, if nothing else, a serious aesthetic upgrade. We will see if it means anything else functionally soon enough. But, the picture perked our interests.

As one of the most successful fastpitch bat lines on the market we suspect the CFX, like the CF9, will come in a variety of sizes and drops for every hitter imaginable. We will update this when we get an exact count and the bats are ready to go live.

DeMarini’s CFX is a two piece composite bat built with the top shelf of DeMarin material. It uses the 3 Fusion Handle system as well as a top line composite in the barrel. It is built with a light swing weight and a massive barrel. Also, check each model out specifically as it comes in a number of sizes and drops. Each version is a bit different than the other especially when it comes to the Slapper. The barrel is Paraflex composite which is DeMarini’s marketing term for their top end composite barrel that you can also find on their baseball line.