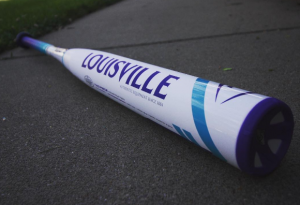 We spent over 3 hours in our cage comparing the 2017 Louisville Slugger Xeno PLUS Fastpitch softball bat (Ebay, Amazon) to other similar designs in the market. While the 2017 models of performance fastpitch bats are still rolling out we are confident the 2017 Xeno Plus Fastpitch sits among the best in this year’s class.


It was equally preferred among the best fastpitch bats we’ve seen since we began reviewing bats in 2013. We’d recommend the 2017 Xeno Plus to those who want top shelf performance at all pitch speeds, are not too concerned with budget, prefer an over-sized barrel (who doesn’t?) and want (or need) a light swinging (read: balanced) bat.

We wouldn’t hesitate to recommend the 2017 Xeno Plus to any serious player looking for what could be the best stick in all of fast pitch softball. If they are looking for a large barrel, great performance right out of the wrapper, considerable sting dampening (and aren’t too concerned about budget as this is a top shelf bat) then we are sure they could find happiness in aÂwell fitted and right sizedÂ 2017 Xeno Plus no matter where they find themselves in the line up.

The most obvious comparable bat to the 2017 Xeno Plus is its predecessor in the 2016. Those comparisons and differences are discussed above. Outside of the Louisville Slugger brand the CF9 set of fastpitch bats from DeMarini get similar marks in terms of performance, price and expectations. Worth’s 2 Legit is a worthy double-walled two-piece stick with many comparable specs.

The 2017 Xeno Plus, like the Xeno bats before it, is a performance two-piece composite fast pitch softball bat with a balance point built towards the hands for a lighter feeling swing. The bat is developed with an advanced transition between barrel and handle that keeps a smooth feel on contact yet a stiff enough feel for solid hitting at all levels of pitch speed.

The Xeno’s extra long barrel is double-walled. The outer wall performs at max flex straight out of the wrapper. This means the bat has no warm up period. The inner barrel gives the bat added durability and ensures it stays legal when used by those with a very fast bat speed and/or those who see very fast pitching. The bat, of course, is legal in 1.20 USSSA, ASA, NSA, ISA and ISF fast-pitch leagues.