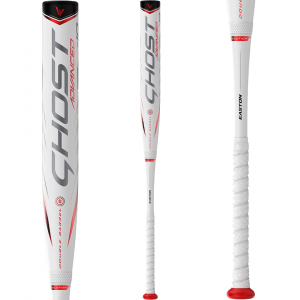 The 2022 Ghost Advanced is a two-piece double barrel all, composite fastpitch bat made for the player that takes fastpitch seriously. The drop 11 and drop 10s are made for the younger player that likes bat speed and control while the drop 8 and 9 are for bigger hitters who need all the barrel they can get.


Aside from durability, the Easton Ghost Advanced is the best fastpitch bat on the planet. A quick peek at the Little League World Series of softball proves that point quickly enough. In either 2022, 2021, or 2020, this bat is at the plate as many as all other bats combined. The bat is hot out of the wrapper and, weirdly, a little too hot out of the wrapper as its notoriety for cracking in a short time is legendary. It’s a great bat if you are comfortable with the idea that it will break, but for those first 500 swings or so, the bat is an absolute monster and lets the littlest kid out there take a few balls to the woodshed.

We like the drop 11 and 10 for the smaller, younger fastpitch player who takes competitive play seriously. The bat is hot out of the wrapper, and we’d suggest you only use it for the game and find another similarly weighted bat for practice. If you are a bigger hitter then consider the drop 8 or 9. Even though it might be more difficult to swing, you’ll get more life out of the bat because more density on your bat will keep it from cracking as fast. In either case, the bat is hot from day one and has a real chance of cracking in the first several hundred hits.

Dicks Sporting Goods Amazon eBay JustBats
If you think the 2022 Easton Ghost Advanced was produced to move the price point to $500 from the previous versions of $450 then you'd only partly be right. Indeed, despite the price jump, the bat's composite material in the barrel has been 'upgraded.' That's likely welcome relief to those who know that the previous version of the bat worked on borrowed time after about 500 hits. So, you get that same crushing sound, bomb-dropping power with a bat that lasts, we hope, a bit longer. I mean, who wouldn't pay $50 more?
Sizing: 30, 31, 32, 33-inch
Release Date:
Serial: FP22GHAD11
Bat Type: Two Piece Composite
Barrel Size: 2 1/4

There are other similar bats in the fastpitch space compared to the 2022 Ghost Advanced. None get the publicity or tracking as the Easton Ghost Advanced. But you can find a big barrel, good feel, and excellent performance in bats like DeMarini’s CF and Slugger’s Meta or LXT.

There are no worthwhile changes in the 2022 version of the Advanced compared to the 2020 or 2021 Gold versions. This bat dominates the market, and we don’t expect any changes anytime soon—although fixing the durability issue would be nice since that directly contradicts how hot it is, we have a hard time wishing it were so.

The 2023 Easton Ghost Advanced in fastpitch is a two-piece composite bat built with a double-barreled design. This double barrel design allows the outer barrel to perform well at low impact speeds while the inner barrel keeps it passing the test. This trade-off between barrels is the real key to the success of the bat, and the fact it is patented means it’s tough for other companies to reproduce.

The Advanced also uses the rubber Power Boost knob which we like as well as a big barrel and, depending on the drop, a balanced swing.