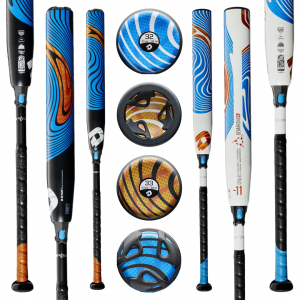 DeMarini’s CF for 2021 is a light swinging high performing bat with a long barrel and flexible connection piece. Compared to the 2020 version, the 2021 DeMarini CF Fastpitch bat is all the same. In our tests with real high school fastpitch players, we found that smaller players tended towards the CF over bats like the Ghost or Xeno. Specifically, the drop 11 2021 CF is hard to beat in that swing weight class. The Drop 10 has plenty of competition, and we’d recommend only for the players who prefer lighter swinging fastpitch bats.


Smaller hitters preferred the 2021 DeMarini drop 11 CF as much as or better than any other drop 11 on the 2021 Fastpitch Market. Drop 10 hitters, especially the smaller ones, gave the CF high marks and liked bats like the LXT and PRISM. Bigger hitters thought the CF connection piece was too flexible and didn’t feel like their exit speeds were good (although they were).

The 2021 DeMarini CF Fastpitch bat is for hitters who want a bat that helps with bat speed. It is a light swinging bat. It’s why the drop 11 makes more sense, as we see it, than the drop 10—especially for those on the fence as to what to get. Bigger hitters will probably prefer the stiffer connection and less loaded weight class of bats like the Easton Ghost, Slugger Xeno, or DeMarini FNX.

Since the bat has not changed at all from the 2020 version, and virtually not at all since the 2019, we recommend saving a few bucks if you can find an older one on a good deal.

The most popular balanced drop 10 fastpitch bat is Louisville Slugger’s LXT. As far as we see it, that is the bat the CF is trying to compete with. Both are long-barrelled two-piece composite bats with a balanced swing and relatively flexible connection.

Other than the LXT, bats like the Rawlings Quatro and DeMarini PRISM compete well with the CF in their swing weight, barrel profile, and prices.

The 2021 DeMarini CF Zen Fastpitch bat is the same as the 2020 DeMarini CF Fastpitch Bat. Both are two-piece composites with the same barrel, end cap, knob, and profile. There are no changes but the paint job. Compared to the 2019 CF, the 2021 has an upgraded endcap.

The 2021 DeMarini CF Fastpitch bat is a two-piece composite bat. Both the drop 10 and 11 use what DeMarini calls a Paraflex Plus Composite Barrel, 3Fusion Connection, and ReAction end cap. (Apparently, the real trick here is finding when to use upper and lower cases. We kid.)

Relative to the industry, the bat’s makeup is very common. Long sweet spots on light swinging two-piece composite fastpitch bats are commonplace. The most differentiating feature of the CF Fastpitch bat is the flexible connection. We found it to be looser than the LXT and about the same as the PRISM.