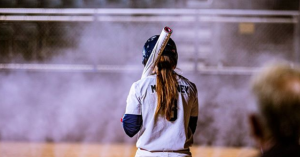 As a late-season addition, Easton adds a 2020 fastpitch bat to improve upon the Double Barrel Line called the Ghost Advanced. We spent time with the drop 8 and drop 10 Easton Ghost Advanced for 2020. It is, like its predecessor, an end-loaded fastpitch bat with a big barrel and a great feel. We have no doubt those who loved the Double Barrel will enjoy the Advanced too. The addition of the Power Boost knob (a rubber knob end) and improved composite are all plusses. Smaller hitters who prefer more bat speed won’t like it as much–although a drop 11 Ghost Advanced does give them some options.


Our bigger hitters were shocked how hot the bat was from the minute the wrapper came off. If felt to them like the bat needed no work in and was ready to rock from swing one. Smaller hitters liked the feel, but could produce better exit speeds (off a tee at least) with lighter bats they could swing faster. Overall, average to big hitters who like a lot of weight behind their bat and want top-end barrel performance should look closely at the Ghost Advanced.

That said, based on early reports, its possible this bat might have a bit greater tendency to break than other fastpitch bats of the same price range. (It might also be due to the fact that stronger hitters like the bat). Although it’s unlikely yours that will break, we strongly suggest you buy it from a certified vendor with a real receipt so the warranty will be in place in the event of a worst-case scenario. The drop 8 and 9 seem particularly vulnerable.

The Ghost Advanced, in the drop 10 space, is the heaviest swinging bat among all the fastpitch bats on the market. It compares better with a drop 8 and 9 LXT and CF than it does the drop 10. The Advanced drop 11 relates, in terms of swing weight, to the drop 10 CF, LXT, and so on. Generally, if you can still generate high bat speed with a heavier bat, then the drop 10 Advanced will work wonders at the plate. The long time drop 10 hitters who are scared to jump to a drop 8 or 9 might feel right at home with a 34-inch drop 10 Easton Advanced.

Disregarding the swing weight, the bat’s construction is a lot like other high-end fastpitch bats. Specifically, it has a long barrel, a great feel on hits and miss-hits as well as noticeable top-end performance.

The most significant upgrade we found for the Advanced over the Ghost Double Barrel is the Power Boost knob. That’s not just a fancy name for a traditional composite bat knob. Instead, the bat’s knob consists of a rubber-like substance. It improves the swinging experience in a noticeable way. All our hitters (even on the baseball side) think the Power Boost knob is preferable.

The Advanced did increase the price so that is disappointing. The never-ending march to a $500 fastpitch bat is well on its way. So, is it worth the extra $50? That’s impossible for us to answer, not knowing your budget. Did our hitters prefer it over the Ghost Double Barrel? Yes. Was it their money?  No.

It also upgrades the composite to a “Launch Comp”. This new tech appears to perform at least as good as the previous year’s composites.