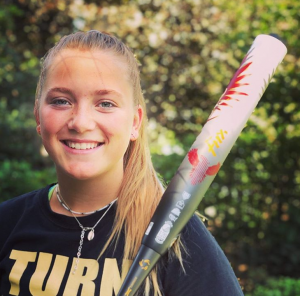 Our smaller hitter didn’t like the feel. Our bigger hitter (3rd in lineup and goes often for power) really liked it. The grip feels great and balance is right where most hitters want it.


Our 2020 DeMarini FNX Rising review includes three hitters with over 300 hits on the bat. We also measured swing weights, took video and documented exit speeds. In short, the FNX rising is a legit bat made specifically for the big hitter who likes a stiff feel and doesn’t mind hand ring. Although the swing weight is in the same realm as other ‘balanced’ bats, it is clearly made for the hitter who swings hard and can barrel up a ball.

In a sense, our 2020 DeMarini FNX Rising review contends for the drop 9 and 8 version of this bat. It does, in effect, replace the CF Insane from previous years that focused more on a heavier swing when compared to the CF. But, the CF Insane had a similar softer connecetion as the CF. This new 2020 FNX Rising focuses on a super stiff connection built for the power hitter. We’d recommend it in as heavy a drop as you could manage.

Stiff connecting fastpitch bats are few and far between. However, the Slugger Xeno has made a living in the stiff connecting two piece composite world. The FNX Rising from DeMarini is a clear competitor to the Xeno which has been remarkably popular among the big hitting fastpitch world.

As well, we think a single piece composite, like Mizuno’s CRBN1 for 2020, would be a legit comparison too.

There is no official 2019 FNX Rising version. However, we do think it a replacement in context of the 2019 DeMarini CF Insane fastpitch bat. That bat was built for the bigger hitter who wanted a DeMarini CF but preferred more gumption. The FNX updates the connection piece considerably and builds it more like the Slugger Xeno which has a stiff connection and real strong power if you can keep you bat speed up through the zone.

Much of the names of the construction pieces of the 2020 FNX Rising are marketing jargon. But, they are useful in the sense that you’ll know what the sales guy is talking about.

“Direct Connection” is a the piece of the FNX Rising that connects the barrel and handle. Some bats, unlike the FNX Rising, have a lot of give in that connection. This allows for a softer feel when you mishit the ball. But, it also removes power transfer to the ball. The FNX has a super stiff “Direct Connection”. Which, in short, means the bat doesn’t bend that much when it hits a ball.

“Seismic End Cap” is a marketing name for the end cap of the FNX Rising. It is, ultimately, a strong connection built to withstand the beating a stiff connection and barrel will deliver. If your hands are ringing on hits, so is the end cap. Its just physics.