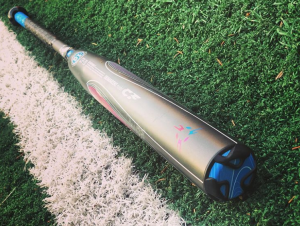 Our 2020 DeMarini CF Fastpitch review consisted of 400 hits, from 3 different players on both live pitching and tee work. Overall, we rated the 2020 CF Fastpitch bat as the best fastpitch bat for 2020. If that isn’t saying enough, we loved the exit speeds, sizing options, swing weight and feel. We think the bat, to say the least, is highly recommendable.


The bigger and stronger the hitter then less then tended towards the 2020 DeMarini CF. Still, they liked it—but was not at the top of their list. Every average to smaller hitter that used the CF fastpitch was blown away. It was in their top 3 of the 11 performance bats we extensively tested. They loved the feel, barrel size and perceived (which we confirmed) pop off the bat.

There are two drawbacks to the 2020 DeMarini CF Fastpitch bat. First, it is expensive. The bat, although priced where other performance fastpitch bats are, is not kind to the wallet. If you’re on a budget that is sub $349 then we suggest you try and find last year’s model, buy a used one or look at the best value fastpitch bats we found. Second, the bat only comes in a drop 10 and 11. Granted, the length options in each of those drops is considerable. But, if you’re a drop 8 or 9 hitter looking for more of an end load then the 2020 CF fastpitch line isn’t going to be you’re oyster.

Otherwise, even drop 12 hitters, will find a reasonable sized and feeling option in the 2020 CF. It swings very light so a drop 11, 29-inch would work well for those 30-inch drop 12 hitters too. And, the real meat of most lineups—the drop 10 32 to 34-inch world—will be, and should be, dominated by the 2020 DeMarini CF Fastpitch.

The CF is the LIGHTEST swinging drop 10 in the performance fastpitch space. The next closest is Slugger’s RXT. Also, based on our calculations, the 2020 CF swings about 4% lighter than the very popular LXT—which people often associate with light swinging. The light swing weight of the CF is its most differentiating structural feature.

But, in terms of similarities, there are plenty of two piece composite bats on the market with a less stiff connection, big barrel and price point. We think the Slugger LXT is the most honest comparison. Although the LXT comes in more drop sizes. Still, the LXT and CF have mostly similar swing weights, barrel sizes and good responses from players and parents. Without surprise, both are also the most popular fastpitch bats on the market.

The only real change from 2019’s CF Zen in fastpitch to the 2020 CF is the end cap. DeMarini resigned the end cap to help with durability. That end cap change, according to our swing weight measurements, imperceptibly lowered the swing weight of both the drop 11 and 10 for 2020. They refer to this new end cap as the ReAction End cap which is also found in the new 2020 Baseball DeMarini CFs and Voodoos.

Lilke all companies do, there are several marketing jargons used to explain otherwise straight forward peices on the 2020 DeMarini CF. We work through each one and highlight the jargon in bold so you can know what the sales person is talking about.

As they have for a couple years now, DeMarini uses a Paraflex Plus Composite for the barrel. This is, at its core, a plastic composite made proprietary by DeMarini to be big, strong and light. They use this same composite material on the barrels of their popular baseball bats. Other companies have their own spin on the right mix of composite and, for all we konw, they could be very similar. Still, this is DeMarini’s take on the right kind of composite for high end performance bats.

For a few years DeMarini has used a connection piece they refer to as 3-Fusion. It is, in effect, a connection piece utilizing 3 different pieces of composite to keep the handle and barrel together on impact. The idea is to be stiff enough to hit bombs but not so stiff that it hurts your hands on mishits. Most high end performance bats from other companies have their own take on a connective piece. DeMarini’s 3-Fusion, which is used across many of their performance baseball and fastpitch bats, proves a legitimate one for sure.

On their CF line for 2020 they added a new end cap called the ReACTION End Cap. This is a common upgrade when a bat line improvement that responds to any general swing weight or durability issues in previous models. The new end cap adds a bit more lightness (at least as we measured it in our 32/22 and 32/21 2020 fastpitch CF) without sacrificing durability (or so is the claim) from last year’s 2019 CF Zen.