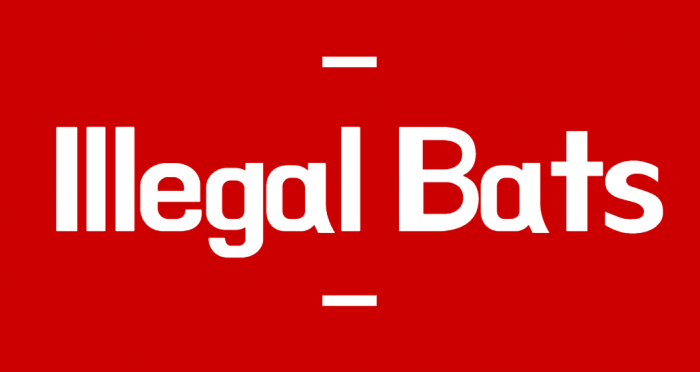 As of 2/21 the 2020 Lousiville Slugger Meta in a 33-inch has been decertified (made illegal) for NCAA play.

As well, on 3/2/2020, the 2020 Meta Prime in a 33-inch is also illegal for play in NFHS. That is, the 33-Meta is illegal in high school too. The 2019 version of the bat (the red one) is still legal in both NFHS and NCAA—we confirmed this directly from Slugger and the NFHS rules. Even more, proof we were right when we named that bat the best BBCOR bat for 2020.

*The 2017 CF Zen USSSA lost its 1.15 certification in all sizes and lengths of the drop 10 2 3/4 and drop 8. This is the Blue/White 2 3/4 as well as the drop 8 Green/White one. As well, the bats zero dark thirty and custom versions are also decertified. Serial numbers that start with: WTDXCBR & WTDXCBZ.

**The 2018 CF ZEN USSSA lost its 1.15 certification, then gained it, then lost it, then gained it. As of 6/6/2018, the bats are LEGAL for play. And, although it is hard to believe, we think this one is here to stay. See DeMarini’s commentary here.

So far, for 2019 (as of April) there have been no high profile bats made unlawful. We don’t know of any low profile ones either.

There are still plenty of 2017 Zens with the white cap floating around.

Find this bat in Stock

After a huge amount of clamor, USSSA decided today that the 2018 CF Zen is now re-LEGAL for play. They are removed from the banned list. We have updated the information below. You can find insight/return information via DeMarini here.

From what we’ve read on social media, Easton is offering a $500 voucher on their website for the return of a legitimately purchased USA Ghost X.

Return questions via Easton can be directed to Easton via email at ghostreturn@easton.com or 1-844-531-7079.

All the people saying Dirty South bats were hot were, clearly, right. A little too much so.

We are sure it is a massive headache to deal with but, for what its worth, they might take some solace in knowing they are in good company. They don’t make crappy bats illegal. (See our DSB Made USA Bat Review. This one is perfectly legal). And, we should note, several of the KAMO’s are still permitted.

Are they (DSB) going to be able to withstand the capital and inventory issues associated with getting a marquee bat of theirs recalled? If they can, expect them to get a long term bump (akin to Anderson and the Techzilla).

These bats are the banned KAMOs (including three drop 8’s and two drop 10’s).

With the recent, and rather high profile, “temporary” decertification of the 2 3/4 DeMarini CF Zen drop 10, we wondered what other bats have been de-certified over the years. It is not easy to find such a list. Likely, we have decided, because there have not been many baseball bats over the years that have been banned. Slowpitch softball has seen the worst offenders—with at least a dozen bats getting banned over the years. In the baseball space, we have found only three in the last ,five and we have yet to find a fastpitch bat to get the boot.

Find This in Stock

A couple of sites had a good list of softball bats that have been banned over the years. It does not look to be updated very recently but was useful nonetheless. As well, SFsoftball has a similar list.

To become certified, a bat must pass a particular standard set by the governing body. An independent sports science lab performs these tests at a major university. If the bat passes, then it is eligible to carry the stamping of the association.

However, throughout the year, governing bodies randomly test bats. Picture it much like random drug testing at the Olympics. These governing bodies can buy the bats directly on the shelf or take them from tournaments directly. They are sent to the lab and then tested.

If a bat does not pass, it is removed from play and becomes “decertified.”

Although likely others, we can find three bats that have lost their certification over the last few years in the baseball space. They include the CF ZEN 2 3/4 Drop 10, the Marucci CAT 5-squared in 32 and 33 BBCOR, and the Reebok TLS. Those three lost their certification in both high school and collegiate play. The Marucci Black 33 and 34-inch bat lost its accreditation for NCAA play only.

Trying to make a play on the scene, the Mattingly brand of bats produced a super hot stick in the Balistk. Apparently, too hot. Mattingly bats never quite took hold, and, as of today, they’ve yet to produce a new bat in years.

Find a Balistk on eBay.

A few years back, Nike made a serious run at the baseball bat space. However, the CX2 losing its certification appeared to mark the beginning of the end for the Nike Bat experiment.

Holding the distinct honor as the only drop 12 bats to lose its certification, Louisville Slugger’s 2012 Dynasty was one of the very first BPF bats to be banned.

As the only non-BBCOR bat on the list, the CF ZEN 2 3/4 was a dynamite bat that people raved about. It did have some durability concerns, but people still bought the bat in droves as it gave little Timmy’s across the universe chances to hit it into the stratosphere.

The CAT 5^2 (5-Squared) in BBCOR was a beastly bomb dropper known for killing balls. It put Marucci on the map but also got de-certified after folks found it too hot to handle.

Most were not aware Reebok made a baseball bat. Indeed, the TLS was legit. But it became decertified, and Reebok never quite recovered in the bat space. The BBCOR 33 inch was banned in both high school and collegiate play.

Find a Reebok TLS on eBay.

The Marucci Black bat has the distinct honor of getting banned by the NCAA but not by the NFHS. That is, the college said you’re out while high school told you’re safe. A strange turn of events and we don’t quite follow how that could happen considering both leagues use the same standard. Nonetheless, there it is.

The list of unlawful softball bats is longer than we care to write about. Or, frankly, you should care to read about. As an example, let us picture the ASA bats that have been decertified up until 2014 only. 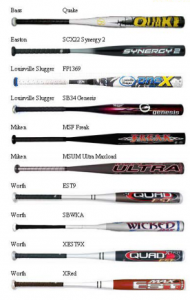 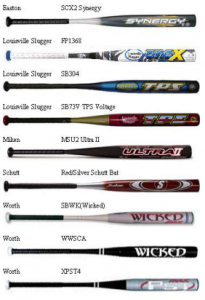 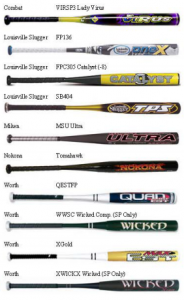 I just bought my son the Easton Ghost bat. It’s a 29 drop 10 but I don’t see a USSSA stamp on it. Is he allowed to use it in USSSA tournaments?

@Mark, You sure you don’t see a USSSA 1.15 BPF stamp on it? The USSSA ghost does have it. Unless you bought the USA one. But, in that case, they do allow USA Bats to be used in USSSA leagues—just not the other way around.

I have a 2017 limited edition cf-zen zero dark 30/20 with an orange end cap as well orange
“R” on it. Is that the retooled version? And is it legal for usssa standards

That is the retooled version (any orange end cap is) and yes it is legal for USSSA play.

Our guess is no, it will not. But we have no idea.

2020 Meta legal in high school? Been a few weeks, trying to see if NCAA decertification has trickled down.

What about the 2019 Louisville Prime 919? Someone said it was illegal In NCAA. Will it still be legal for high school play? Thanks

Yes. The 919 Prime is legal. We have not heard that it is illegal even in NCAA play.

sure would like to know what the testing specs are;

right now, the whole thing seems arbitrary and political as ice skating or a beauty contest;

However, they retooled them to have an orange end cap and those are legal. Hope that helps. Look at the chart above and go off the serial number. That’s how you can tell for sure. Most of the illegal ones are no longer for sale anywhere so it’s unlikely you’ll find them out there.

Is the 2019 cf zen -3 illegal? I dont see it online anymore. That thing sent rockets.

No. The 2019 version was never made illegal although it is the same bat as the 2020 META. They sold out very quickly of those. So, if you do see one online it’s likely an insane price.

And, we think you’re right, that thing sends absolute rockets.

Does anyone know if the Easton Triple 7 scandium 29oz -9 is a legal bat for youth travel baseball?