Why Is Coach Picking On Me?

Over my long playing career I played for all kinds of different coaches with various types of personalities. Many of them had their own way of “motivating” players to get the most out of their talent. The BEST coaches looked to develop the player’s talent regardless of the immediate results. This article will discuss some ways you can navigate the various personalities of coaches and how you can understand the most important question in baseball development—why?

The question “why?” if often left out of the relationship between player and coach. Players are often too afraid to ask this all important question and by neglecting to ask why they are being asked to do something they don’t understand, without enthusiasm, and results suffer. This makes a coach feel that the player “doesn’t get it” or “is not buying into my system”. It’s often a lack of communication that causes this rift between player and coach. 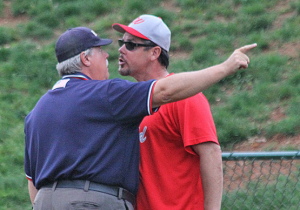 Here’s a great example that happened to me when I was coaching 11U travel ball. I had a player with an absolutely PERFECT left handed swing. Technically, all the pieces were there in batting practice but in the games he was struggling to make good contact. I asked him to work one on one with me in the cage to figure out the reason. After a few swings I noticed that he used the whole field in practice but in the games he constantly rolled over pitches to the right side he would crush in BP up the middle or the other way. Here’s where I failed the player as a coach—I kept screaming “hit it the other way” during games but the player never asked me why. By not understanding my advice, the player was caught between approaches and it was starting to irritate me like he wasn’t listening. I kept asking myself what is the reason for this vast difference between his terrible game AB’s and his perfect batting practice.

I sat the young player down for a chat. I asked him what he thinks I mean when I say hit the ball the other way. To my amazement, he thought I was trying to change his perfect swing when what I was really trying to do was change his mental approach allowing his perfect swing to be in the bat path longer so he could pull inside pitches PROPERLY and not roll over them.

That’s when he finally asked, “WHY Coach?” Once I was able to prove to him that his batting practice approach was to hit the bat where it was pitched, but in the game he tried to pull everything down the right field line, a light went off in his head. He started to smile and realized I wasn’t trying to pick on him, I was trying to help him. The burden of his negativity towards me was lifted and now we had shifted from an adversarial relationship to one of trust and mentoring. It was a lack of communication on my part and a lack of understanding my motivation on the part of the player. Lesson learned by both of us! 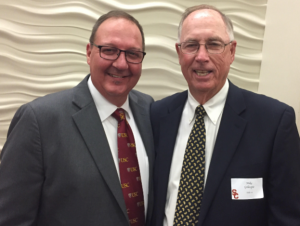 When I was a sophomore at USC, a new coach came in. I had been recruited by the previous coach, NCAA Hall of Famer Rod Dedeaux, but that didn’t mean a thing to the new coach, Mike Gillespie, who is in his final year at University of California Irvine right now.

Coach Gillespie almost immediately was on me for EVERYTHING! He hated my shoes, my stylish 1987 mullet, my clothes, how I walked, how I ran, how I carried myself—EVERYTHING!

As a young player I chalked it up to one thought, “Coach hates me!”

As we began our first practice sessions to get ready for the Fall season he continued to rip on me, and he always made sure he did it in front of everyone. He made me the “bad” example when we had team meetings saying things like, “Campanis was late to back up first base” or “Campanis didn’t look the runner back and the run scored”—always the center of the negative comments and it was really pissing me off.

I called my dad who played 15 years as a pro player and started venting about the circumstances. I said, “Dad, Gillespie is always riding me, yelling at me, and telling me all the things I do wrong even telling me I don’t deserve a scholarship. I can’t stand him!”

Then he said, “The second he stops yelling at you—it’s time to start worrying.” WHOA! I hadn’t considered he was actually on me because he felt I wasn’t living up to my potential as an overall player. He NEVER told me I wasn’t good. He NEVER told me I couldn’t hit or throw or catch. He was motivated to make me a “Complete” player and not just a hitter. So I changed my attitude toward his coaching style and it made all the difference. Soon, he was COMPLIMENTING me on how I executed a play during team meetings when months earlier he used me as the example of how NOT to do it.

The next year I was First Team All-American and set records still on the books at USC. Coach Gillespie ended up being the most influential coach I ever played for and he didn’t teach me a damn thing about hitting or throwing or fielding—he taught me how to become a complete player and a better human being. What a BLESSING! But it was a NIGHTMARE for nearly a year.

From my experience as a player and coach, I’ve observed various styles of coaching. Here’s a few that may sound familiar: 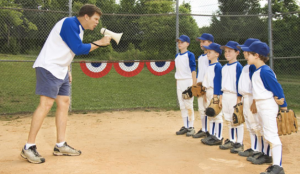 He wears his emotions on his sleeve. He yells when you make mistakes and yells when you succeed. This type of coach wants his player to develop and succeed and feels his emotions and passion will translate to motivating his players. But certain types of players with low key personalities only hear the volume of the words and not the message. This coach is almost always intimidating and players are afraid to ask “Why” as they fear a tongue lashing. But this coach wants to help and is usually the most genuine of all the coach personalities. So be brave and ask why if you don’t understand his instruction or decisions. 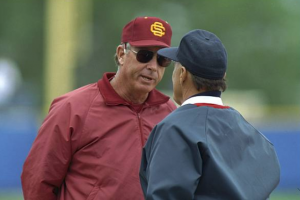 This coach is all about the numbers and treats the team like chess pieces. He tactfully sets agendas for practice, is precise and deliberate with everything he does but its all kept in his notebook. Usually this coach is not a very good communicator and makes decisions without warning that can cause animosity and insecurity. Once again, lack of communication for the player’s role is often the reason. Ask and he will tell you his entire plan, and where you stand on his chess board…even if you don’t like it.

The MUST WIN Coach

This coach is both quiet and a screamer in the same team meeting. He’s is completely obsessed with winning at all costs, including interpersonal relationships. If a player boots a ground ball in the first inning, he takes him out and replaces him mid inning. How embarrassing for the young player! This type of coach is my least favorite to deal with. Often their obsession with winning clouds what his is really the most important and that is developing players to succeed at the next level. This coach is tough to establish a dialogue with but this wall must be broken down somehow and communication must begin if you are being singled out. Ask what you can do to improve and if the coach can help you. If this coach is worth anything they will look at this as an opportunity to mold you into the player they want on their winning team.

Even in High School I see unfair treatment for kids of coaches in what is commonly called “Daddy Ball”. Their kid is playing shortstop, batting 2nd and never gets taken out to the game no matter how bad they perform. This extends to high school and college in what is called “Donor Ball” where the parents of players donate thousands or even hundreds of thousands of dollars to the program with the understanding their son makes the team. My only advice is to avoid this coach if at all possible. There are no words or dialogue that will change their minds. Now, not all coaches with sons on the team are like this, so do your homework. But chances are, if you play the same position as his kid, you aren’t going to play. Sad.

The BEST coach is one who is there to develop players to get to the next level whether that’s from going from 10U to 12U or high school to college. This coach is not usually the perennial championship coach because he cares more about the development of players than winning. To develop a pitcher takes time and often failure. The MUST win coach yanks the pitcher after a lead-off walk while the developer coach sees this as an opportunity for that pitcher to learn how to get out of a jam. Ask most MLB players and they will name a coach who helped them develop even if it hurt the team. I certainly can name a few including Coach Gillespie.

Why is Coach Picking On Me?

If you’re thinking, “Why is the coach always picking on me?” consider yourself lucky. If the coach never says a word to you, be concerned. The key to having a good rapport with any style of coach is to communicate. Some will be short with you, some will be very open but like with any relationship in your life, you must also be patient, attentive and understanding.

When I coach players and see them succeed, it is one of the most satisfying things in my life. It’s like I helped turn a piece of coal into a sparkling diamond. I truly believe most coaches feel the same way and most coaches you will encounter as an amateur are sacrificing their time to help you grow as a player and person. But it’s a two way street. Communication is the only way to understand your role and how you can change that role if you’re not happy with where the coach has put you. Work hard but always ask “Why?” if you don’t understand. This will help both you and the coach have a better relationship and understanding of how you fit within the structure of the team. 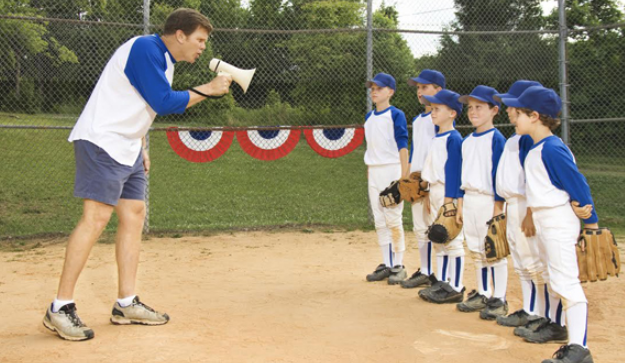