USA or USSSA for the Win?

(This is an article taken from our advice section).

My son will be playing for the local 9U travel team (Stow, Ohio). He is 4’6” and approximately 85 lbs. He has been playing baseball for three years and is a solid hitter, not power, but lots of doubles, few singles, and one triple in the kid-pitch league last year. I bought him a Solo USA 30,-11….the bat was ok but was hoping for more. Would you recommend a USSSA bat, or perhaps another USA bat? I have considered the USSSA Marucci Cat 8, 30,-10. Can you offer some advice?

We answer the USA vs USSSA answer first. Below that we talk about the CAT 8 Drop 10 and some other options in the USSSA for 9-year-olds.

In short, any decent USSSA bat will outperform a USA Bat by a considerable margin. While it depends on a number of factors you should expect a legitimate 5 to 10% improvement in total distance and exit speeds. (That is, a 200-foot shot is now a 210 to 220-foot shot).

The average of all our exit speeds we gathered for performance bats in the category show this:

Comparing bats is no easy task. Too many pseudo-scientists in the blog-sphere put together some type of exit speed test and think they’ve cracked the code. But comparing one bat to another is anything but apples to apple comparison even if you can control for things like swing speed, hitter confidence, and ball type.

Swing weight, something you can’t easily control for (because swing weights are hard to find) dramatically changes results. To say nothing of the fact that you can’t find a single bat that is representative of the whole. Who’s to say, for example, that Easton’s Ghost in USSSA is the same level of the bat as the USA Version. Taking two bats to the field, as we do in the video, and then making sweeping statements about USA vs USSSA bats is unfair at best.

In other words, we can’t quite measure the exact difference between the USA and USSSA bat because there is no way to change a bat from one to the other and do a test.

That said, our collective exit speed tests, as we point out above, show a 3 to 8% improvement between USA and USSSA Bats. Further evidence can be found in our conversation about the lack of home runs in the 2018 LLWS.

Based on your son’s height and age we use our scientific bat size chart to show he would do best with a 31-ounce bat.

The CAT 8 drop 10 is a good option. We like the sound on that bat and have hit with it extensively. We really like the CAT 8 in a drop 8 and drop 5. We feel like the CAT 8 loses too much heft in the drop 10 and ends up hurting the hands more than we’d like to see. But, in truth, it’s a good choice. If you’re set on the Cat 8 and can find a  good deal then go for it.

For our 9-year-olds we prefer two-piece composite bats. Although they run more expensive than the CAT 8 you can usually find last year’s models at a discount. The smoother smash and bigger barrel tend to be worth it for most younger players.

If it were our player we’d go with a 31/21 retooled 2017 DeMarini CF Zen. At the time of this writing, the bat was less expensive than the CAT 8, and Amazon had a 31/21. (This is because the bat is older and they are trying to unload old inventory). Some give it bad ratings because their bat broke. But buy it from a place Amazon and keep the receipt. We are willing to say your boy will love it.

References in this Article 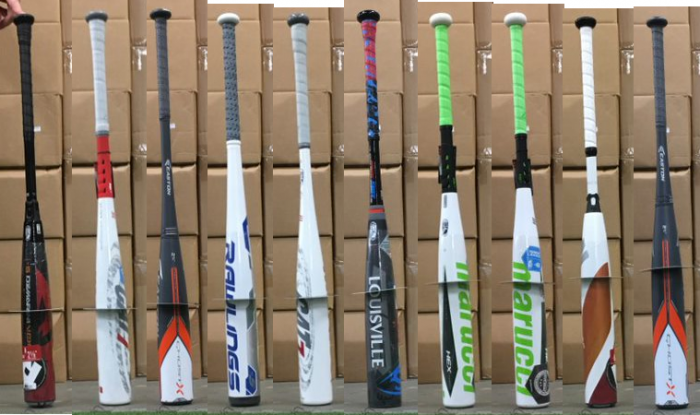