If you have yet to hear, starting January 2018, bat standards for Little League (14 and younger) will change to a more restrictive bat with BBCOR like pop. The bats’ barrels can be 2 5/8– just larger than the 2 1/4 of previous years. They will go on sale beginning September of 2017 from most major vendors. The rule change will only affect those who play in leagues governed by Little League International. Most recreation, travel ball, and USSSA leagues will be unaffected.

There are a few reasons for this change, and at least one of them is nonsensical. We discuss some of these issues and detail the USA baseball bat standard change coming 2018, below. There are still several things in the works—like the actual testing protocol—but the industry fully expects the change to occur.

Many reports have surfaced with details, most parroting each other. Outside of the official USA baseball page, we believe we were the first to report on the change in our Hard Bats, Smart Bats, and Age Changes article a year ago. Since there have been some commentaries. The original press release from Little League and USA bats is helpful. There is a short but useful FAQ on Little League’s site. Easton ran a simple little piece to help with dates on new bats. Also, Justbats.com has a write up on the coming changes, too.

Who Will The USA Baseball Bat Standard Change Effect

Luckily, the answer is not as many players as you might think. First, you must be under 14 years old, as BBCOR standards are not affected by this change. Second, you must play in leagues whose enforcement is governed by the following national baseball organizations:

Note, as well. Many little leagues or recreational league groups around the country may affiliate with these groups but do not enforce bat standards.  Other players in travel ball, and those that use the USSSA groups, will not make any changes yet, and we do not indicate that USSSA will be going that route.

What Exactly is Changing in the New 2018 USA Bats

There are two major changes to Little League baseball bats for the 2018 season: the barrel diameter and the bats’ trampoline effect.

Barrel sizes, currently restricted to 2 1/4 in Little League, will now be allowed to reach 2 5/8. However, with bats limited to a certain pop and constrained by a low swing weight for smaller players, reaching the full 2 5/8 diameter will be an engineering feat. Expect many single piece composite bats that can reach full diameter and stay within swing-able swing weights.

The pop, currently measured at a 1.15 Bat Performance Factor (BPF), will be restricted even further to more like a .50 BBCOR standard. BBCOR bats have a similar trampoline effect to wood bats. Since these bats will be composite and aluminum, you should not expect perfect replicas of wood bats. Instead, sweet spots will be longer, and swing weights will be lower. The new youth bats will be no better than a wood bat in terms of dead center sweet spot hits.

The standard change is supposed to go into effect on January 1st, 2018. You can expect to buy these bats come September 1, 2017.

Why the Change of USA Baseball Bats

We have spoken to enough people, however, to come up with a few other good reasons.

Although they will never state it, the fact is, “little kids” who can come shaped like men are hitting a 65 mph pitch on a bat speed of 75 mph, back to a pitcher who is standing all of 48 feet away. This can be dangerous. In a world where concussions are the new buzz word, the last thing Little League needs is for some little kid to get drilled in the brain in a championship Little League World Series game.

Vendors might not be happy about the change, as overstocked inventory is like a ticking time bomb. And manufacturers might not appreciate the extra work that comes into producing a new Youth Baseball bat for the masses. There is no denying that a new standard will obliterate the value of thousands and thousands of secondary market bats on eBay and in garages. Instead of that money flowing to parents and players who invested in a bat a year or so ago, it will flow to the manufacturers and vendors who have the new required bats.

We do not think this is a conscious choice by the vendors and manufacturers. They are just along for the ride as to what Youth Baseball requires. And through our discussions, we can tell many manufacturers and vendors are dreading the change. But, the flow of cash from parents and players is not mistakable. And if these vendors and manufacturers can navigate the 2018 bat standards change, their bottom line will improve more than had there been no change at all. They went into inventory conversations with their eyes wide open.

Although maybe not a reason but a consequence of the new standard is its effect on smaller vendors. In effect, the new standard creates a serious barrier to entry, even for those in the business. If you are a massive organization with the infrastructure to create baseball bats quickly, then forcing the smaller players in the market to produce a new bat is a good thing for your market share.

Indeed, several small vendors won’t compete in the new USA bat standard realm come January of 2018. The R&D for a new bat on a small scale is too cost-prohibitive. As such, expect big name brands to run as the market leaders and dominate market share even further until technology copying and testing can be done down the road for smaller vendors. That is assuming, of course, those smaller vendors can outlast the dip in sales.

Another thought we have considered, and one that makes at least some sense, is that governing boards are often guilty of over-governing because they feel that governance means action. All these meetings quarter after quarter and year after year, resulting in the status quo make for a useless set of people and meetings. Such people who sit on boards like these are not comfortable feeling useless. Enter, stage left, the Little League International Board. There is not much information about who or how many of these people there are, but regardless, you can lay the blame of the entire cluster of 2018 bat standards changes squarely on their boardroom vote. 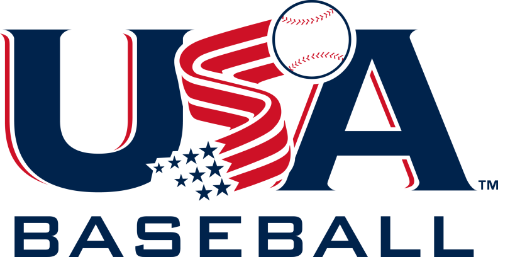