There’s a lot of (mis)information out there about overload underload programs. The genesis of weighted bat training is justified in a clinical research paper in the Journal of Strength and Condition from 2009. It has been backed up by several others since.

We discuss what is actually proven about underload overload bats and weighted bat training schedules and techniques below.

All you need to know about Weighted Bat Training

Every study done on weighted bat training and underload/overload programs has shown that Collegiate level players improve their bat speed by alternating between heavy, light, and normal-sized bat when compared to players just using their normal bat. But, do note, the studies ONLY involve collegiate level players (and some high school). They do not involve youth players. In most studies, even the player using their “normal bat” improved their swing speed—the ones using the underload/overload bats just improved it by more.

Also, these studies happened over the course of several weeks. Protocols were upwards of 12 weeks with 4 practices per week and 150 swings each time, alternating bats. So, if you’re going to do it, this isn’t a one day or one-week thing. This is over the course of months.

Last thing: the optimal differences between the overload and underload weights have NOT been settled. Some studies use as small as +/- 5% difference in bats; others use as much as +100% to -50% differences. In all cases, underload/overload weighted bat training improved swing speed in collegiate level players more than those using their normal bat. If that translates to youth players, we don’t know.

In any event, finding a lighter and heavier swinging bat and getting in 150 swings a day should be a pretty simple process. There is no need to make it complicated.

(Of course, the best way for you to know what the study actually did is to read the study yourself. We don’t think it’s terribly complicated.)

We discuss this more in our 5 scientifically proven ways to hit more home runs.

But, in short, here’s what you need to know about the ACTUAL STUDY.

What is Underload Overload Training

Underload/Overload bat swing training is a series of swings a hitter performs with bats, both lighter and more substantial than their normal bat’s weight. At least two studies, done by brilliant people, have measured the increases in overall bat speeds among the elite to good players after a series of weeks in underload/overload programs. In all cases, bat speeds increased by as much as 8% or more.

Although the training regimen worked among elite players, Underload/Overload equipment programs sold by major manufacturers have yet to convince us they are worth the cost. For very cheap, no name heavier and lighter bats will do the trick. Or, by using bats you already have, it makes it easy to create an underload/overload program with old bats in the garage, a donut, or heavily discounted old bats on eBay.

Unless we were convinced the hitting program associated with the training bat purchase had a secret sauce, and we are not, then a weighted bat training schedule could become part of your training pretty cheap and pretty much right now.

We took the schedule from the study we reference above and put it here for your reference.

The Batting Practice Group, which had the largest improvement in swing weight, was broken into 4 groups. No group showed a better improvement over the other. Implying, at least to us, that the difference in bat weight between your heavy (H), light (L), and normal (N) bat weight doesn’t make a difference— make sure there is a weight difference.

The underload/overload program could become a part of our training regimen for nearly free. If anything, we would buy two cheap bats on eBay to compliment the current bat’s weight in our bat bag. Standard training protocols are found in sports fitness scientists’ clinical articles and not proprietary to the manufacturers. We direct you to those below.

We should also note that no study has measured the success of overload/underload training on less than Highschool players. Claiming the training program works on young players is not an honest use of the data.

Armed with this data, more than a couple of companies have developed bats that implement this underload/overload technique. SKLZ, as one example, developed a product of three bats called the AMMO bat system. These three aluminum bats come in a normal weighted bat, 20% heavier and another that is 20% lighter. An Ammo bat purchase comes with a program developed by SKLZ. Axe also offers a similar getup in a three bat selection. Driveline Baseball designs axe’s curriculum.

SKLZ’s Ammo bats offer several sizing options. They include a Pro, Junior Barrel  (2 5/8), and a youth barrel (2 1/4) version of the three bats. Each comes with a middle weighted bat and then one bat that swings 20% heavier and another that swings 20% lighter. At the time of this writing, the bat’s price totaled between $359 and $400.

Axe’s only come in an adult version, but you can expect more in the future if that goes well for them. They are composite bats that use the unique Axe handle. These currently price out at $599 on their website. Its primary advantage, and we would guess their price justification, is the partnership with Driveline Baseball, who develop and track the training protocol for your weighted bats. Driveline is a legit organization.

Despite that high-level data, several reasons are running out, and purchasing an underload/overload system may not be the right idea. A few reasons for this include: the data has yet to test young players; the clinical studies do not prove the optimal weight differences among the three bats. Maybe most damning, buying any three bats with different weights can be significantly less expensive.

With that said, there may be a good reason to buy a program and set of bats, too. Most notably must be the training program that usually comes with underload/overload training bats. For some, that program may do better at keeping you on track and holding you accountable. The convenience of one purchase for the three bats, despite the price difference, may be preferred.

We also spent time on some vendor sites looking for their take on the data. Much of the information on these are from the more technical articles above.

There are also some dissenting opinions on the matter. Just one, we found at Baseball Rebellion. In short, Rebellion thinks the ideas of underload/overload resistance training in baseball and softball swings are wrong. But his argument is all theory. He hasn’t looked at the data, and the data is well documented and decisive. We cite his article here because it is often the first one on a Google search. Google gets this one wrong.

In other words, we do not doubt the effect underload/overload training has on elite players. But, it is quite possible youth players, or thereabouts would find the same benefit from only practicing their swing for twelve weeks with just about any bat.

For the record, we have our youth players do underload/overload training. But we make no pretenses that this is any better than just good old fashioned standard practice.

There is no definitive data on the amount bats should weigh compared to others in the training program. The industry appears to have settled a +/- of 20%. Many of the studies used bats that were as much as twice as heavy and half as light. In other words, although the 20% band feels like a good number, let us not overthink the problem nor assume that a bat that is twice as heavy and one that is half as heavy will not have similar results.

It is difficult for us to suggest that an overload/underload hitting program costing upwards of $600 in some cases is worth the price. And when considering the underload and overload of bat weights don’t need to be precisely 20% lighter or heavier, it is nearly impossible to make the case.

Unless the hitting programs that come with the bat purchases are precious to you, we suggest looking on eBay for bats between 20 to 50% heavier and 20 to 50% lighter than your current bat. Those bats do not need to be new. And, better yet, they can complement the bat you already have in your bag, and you only need to buy two used bats on eBay. No matter what you are swinging, we are confident you could pull off that feat for less than $60 total.

Another idea would be to add the hitting Jack-It to your bat—which adds weight on your bat and can be used during BP. Then, add something like the hitting knob, which connects to your bat’s bottom and decreases the swing weight. Then you could use just one bat and have an underload/overload training apparatus. 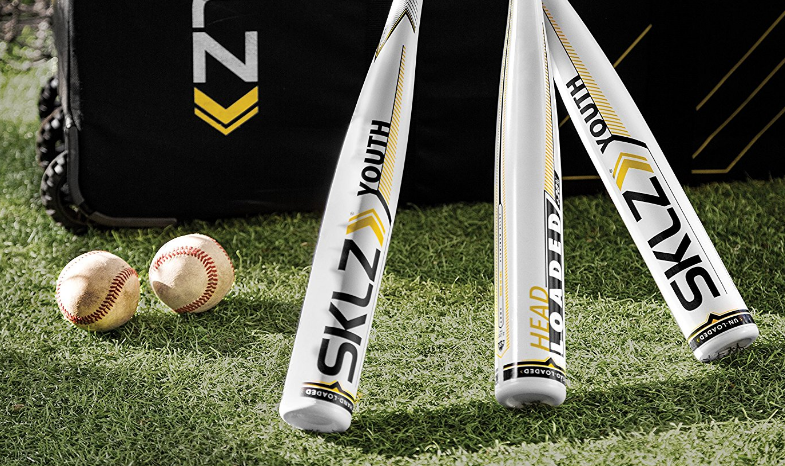