Deciding on a Two Piece or One Piece Bat

Are you deciding between a one-piece or two-piece bat?

We’ve tested and hit just about every bat from 2015 through 2023; from that experience, we know there are only four functional differences between one and two-piece bats.

Of course, there are always exceptions to the rules. But, on average, those four are it. Don’t let any marketing convince you otherwise. Two-piece bats have more flex on contact, so they feel nicer; they cost more; are generally less durable; and have more extensive barrel profiles.

If you want to understand it in more detail, check out our book on the subject here.

What is a One-Piece Bat

What is a Two-Piece Bat

One vs. Two-Piece Bat Video

Each bat has its feel and swing, but it can be helpful to consider some generalizations of bats in the one-piece and two-piece categories. The general construction principles that differ between the types can provide specific hitter experiences.

First of all, two-piece bats get rave reviews on sting dampening. That is, if a ball is mishit and vibration from that poor contact would rip your thumbs from your body when using a traditional one-piece, a legit two-piece bat connection absorbs that sting and delivers a much smoother feeling swing.

However, that smoother swing on a mishit ball with a two-piece bat does not mean a better hit ball. Indeed, the false impression of a good hit when the ball was mishit moves players away from a two-piece design. Is there potential for more lost thumbs in one piece? Sure. But players who prefer a one-piece bat want honest feedback from their bat.

One option is not necessarily better than another, just preference. Our experience is that younger players prefer two-piece bats while older, stronger, more advanced players prefer one-piece bats. There are indeed exceptions to that observation.

The laws of physics suggest a more rigid bat produces more power transfer to the ball. Indeed, no physics degree is needed to comprehend that a bat with less give at contact can deliver more energy than a bat with many give. This is the impetus for many one-piece bat lovers’ claims that a one-piece bat has more power than a two-piece bat due to the natural give at the connective piece. We agree, in theory.

Again, there is no better option. Both arguments are reasonable.

By their nature, one-piece bats do not allow for a hybrid bat option. Two-piece bats do. As such, if you like an aluminum barrel’s durability and hot out-of-the-wrapper feel, but can also appreciate the smooth feel of a composite handle, then a two-piece bat is for you.

Here, you can read more about our hybrid,  aluminum, and composite conversation. 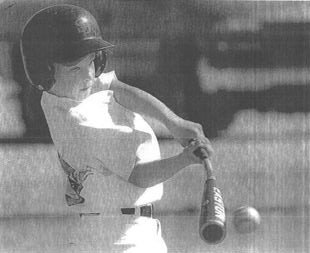 Some consider bat flex when deciding between a two-piece or one-piece bat. They suggest a two-piece bat can, like a golf club, increase bat speed through the zone in a whip effect. As the hitter’s hands glide toward the ball, the barrel is held back as the metal or composite bends. Then, just before contact, the barrel unbends and drives through the ball with increased bat speed.

In not so many words, this claim is not valid. Bats do not flex pre-contact. It’s been proven a few times now. Any image you have seen of the bat flexing is AFTER contact. A bat that would turn by the force of a swing is not strong enough to hit an oncoming baseball or softball any considerable distance.

A few short years ago, the one-piece and two-piece structures were applied to every bat on the market. More recently, bat companies have added additional pieces to the bat by, for example, extending the end cap, adding material at the transition point of a two-piece bat, or putting more technology in the knob of the bat. This has pushed the limits of our vocabulary.

As we mentioned above, the preference between a one- or two-piece bat is a preference. Our experience points to younger players (pre-college) with less man-strength tend to prefer two-piece bats for their smoother feel at contact and better weight distribution made possible through a two-piece design. More robust and older players prefer stiffer bats for their power and honest feedback, two characteristics that come with one-piece bats.

In the end, like most things in sports, you will not know what is best for you until you have many hacks and ABs with different types. In other words, enough reading! Go, play some ball. 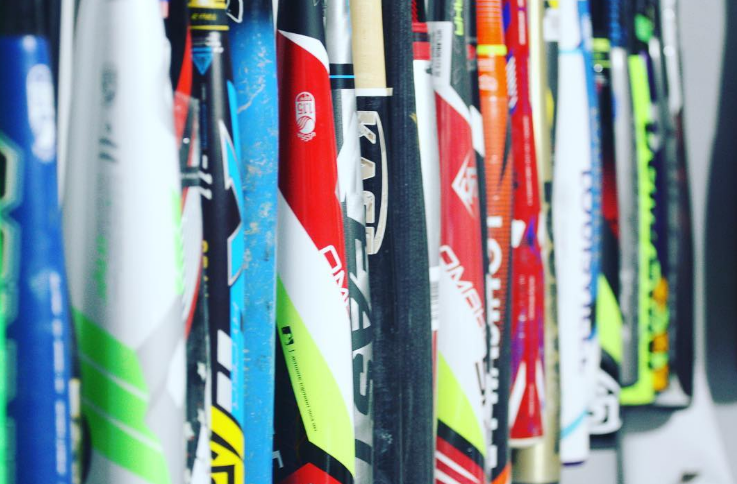