By Jon Zayle
[Jon Zayle is a baseball dad from New Jersey who owns way too many bats. He declares himself a bat expert, similar to the way Michael Scott declared bankruptcy. He is currently working with Dr. Peter Venkman to create a device that will trap all travel baseball drama.]

The fact that I’m writing an article on bat rules tells us just how nuanced baseball is.

Wait. Wood composite is USA bat compliant? No. Well, maybe in BBCOR. More on that later.

Let’s look at some popular bat rules and the questions they create.

I remember stumbling upon the USA Bat press release in August 2015. It didn’t get much traction until 2017 by me. I remember, as January 2018 approached, panic set in as parents scurried for holiday bats. Backorders. Big barrel bats? What are these things? Disappointed kids. Bat drag. In a state where the majority of kids swung 2 ¼” bats, this was a significant change.

We were all told that the bat standard change was to maintain the “integrity” of the game. But, that term was never defined anywhere. We were also told that baseball is one of the safest sports and that the bat change had nothing to do with that. To this day, “integrity” has never been defined, but reasonable minds can conclude that batted ball exit speeds were getting out of hand. Also, when millions of kids need new bats, somebody is winning. (Hint: not the consumer).

In case you see it, a wood bat stamped with a USA Bat sticker is just fancy marketing. Tip of the cap to that one manufacturer who got a wood bat “USA approved.” Well done.

A random non sequitur. High school catchers must use a newly certified chest protector in 2020 due to cardiac concerns, and bats that are primarily white are banned from NCAA play to promote better reaction times for fielders. Compression testing in college is soon to be adopted for the CWS. Safety is not a concern for young kids, since baseball-only needs to address it at the high school and collegiate levels at this point. That makes total sense now.

The first part of the USA Bat rule is simple. If the league or tourney requires you to use a USA bat, you are bound by one of the following:

No bamboo, either. Bamboo is a grass, not a wood. No wood barrel/composite handles. This is the one time where wood means solid one-piece wood. To date, no one makes a two-piece wood bat with a USA stamp, even though the rule mentions it.

In case you see it, a wood bat stamped with a USA Bat sticker is just fancy marketing. Tip of the cap to that one manufacturer who got a wood bat “USA approved.” Well done.

Shortly after the USA standard took effect, Little League, Pony, and specific other national organizations petitioned for the use of BBCOR for 50/70 “intermediate” play. That rule was passed in February 2018 but was not nearly as publicized. According to the USABat website, the difference in performance between a USA bat and BBCOR is said to be .005 BPF (though I had seen it published earlier being .03 higher for USA). Quite nominal either way, but since the intent was to make a more uniform standard like wood, it comes as no surprise that USA and BBCOR are close. Check your organization’s rules to be safe.

When I see a rule, I can’t help but think of scenarios that the law didn’t consider. It’s just how my brain is wired. As for when “wood means wood,” can one use a wood composite BBCOR for a USA Bat sanctioned tournament that allows BBCOR, or does the use of composite render the bat illegal under the “solid one-piece wood bat” standard? Ask your tournament director, but the BBCOR stamp should make it legal if BBCOR is allowed. So there is one situation where wood composite might be backdoored under a USA Bat standard – if you are the 1% that feels a need to swing a wood BBCOR.

In general, there is no drop limitation for the use of USA bats. However, pay attention at the 13U level, when leagues might mandate differing rules for fall and spring (unlimited USA drop in fall 13U and BBCOR v -5 USA mandatory and BBCOR in spring 13U). By 14U, most leagues shift to BBCOR for USA play.

Perfect Game does provide its bat rules for each tournament. While that is helpful, I have seen enough online chats questioning their interpretation.

Hold it, are they saying they can only use metal bats?

Not in my experience. Unless Makos are made of metal, and Zens have an alloy relative we never saw before, all bats seem to be allowed. I have never seen an all “metal” bat rule enforced, even though that is what the rule says.

Does wood mean one-piece wood? I assume so. It’s not clear. Maybe you can use a wood composite.

The fact that I’m asking that question should tell you how bat rules are collectively, less than clear. I’ve seen this exact question recently posted on a bat forum. (Before writing this article, PG did clarify to me that the only drop to be used for 13U BCS is -5 or BBCOR)

When we look at the 2020 USSSA rule later, the term “maximum” is also present.

BBCOR is BBCOR. Wood is wood. Or is it? Perfect Game allows select wood composite bats for older tournaments, such as at the WWBA.

So, wood composite is legal when you get older, BUT ONLY if you use the select brands listed on their site. (Please refer to the opening quote from Mallrats above)

1.15s or UTRIPs are the pre-USA bats every kid loved to swing before “integrity” got in the way. (Picture Grandpa Simpson waving his fist at the sky right now)

In response to the USA Bat standard, USSSA sent out a 2016 press release where it defended the safety of the sport, as well as the competitive balance that 1.15 bats have maintained based on “historical data.” In short, USSSA isn’t changing its standard anytime soon. To further illustrate, when the 2018 Demarini decertification and subsequent re-certification occurred, USSSA posted on its website that it would go as far as to indemnify facilities who opted to allow those bats. That is a whole other ball of wax to discuss, but USSSA 1.15 bats will be rolled out each year for the foreseeable future.

I can’t comment if a competitive balance has been maintained with 1.15 bats as USSSA so states, but if you see an 80 lb. kid hit a 300’ HR; I guess that’s normal.

USSSA has an entire page devoted to bat rules and its press releases, which is the most detailed of any organization online. Suffice it say, if a bat change is made, USSSA knows about it and is all over it. (Like they have ESP) So, if a bat has the newer USSSA 1.15 stamp on it, the bat is “legal” for USSSA play, absent a specific drop limitation by age or if it listed as decertified.

(Does anyone even remember that an Easton USA Bat was decertified?)

In my opinion, there are two issues with the continued use of 1.15s in non-USSSA sanctioned events.

First, many non-USSSA affiliated tournaments say “any bat with a 1.15 marking on it” or something similar. Let’s not kid ourselves. If that is the only limitation, there is someone who will seek out the craziest bat with a 1.15 hand-painted on to meet the standard, even if it’s banned in 3 countries. So the fact that bats may have been decertified or banned might never be prohibited by that particular local tournament. As a parent, that concerns me. Usually, what happens is that one facility looks at another facility’s rules and merely copies them. I guess imitation is the best form of flattery (and in this instance, risk management).

When the 2017 Demarini ban took place, no facilities by me knew about it for well over a month, and play continued. As some areas don’t list USSSA banned bats from the beginning of when the USSSA decertification process first started, this creates a loophole for USSSA banned bats to be used at non-USSSA sanctioned locations. That loophole should be uniformly closed in the interest of safety—I mean “integrity.”

There is a new 2020 rule in connection with the use of bats at the 13U and 14U USSSA Division:

When I first read the rule, it reminded me of the Perfect Game rule. Kids can use a -8 at 13U if they want. Ok. The way it reads with no reference to what other bats could be used is a bit confusing, in my opinion. When I looked back, it appeared to be saying that a 13U player can only use a -8. Why the word “must?” Why not mention that heavier bats like -5s and BBCOR are allowed to clarify it all?

I have read online that some organizations are refusing to adopt this rule, opting to police themselves. Know before you go is all I can say if you play UTRIP.

I will not go down the rabbit hole and discuss what kids should be swinging at what age and how specific rules could impact future development. For now, that is better left for the excellent banter I see on various online bat forums. It’s quite entertaining. Grab some popcorn. 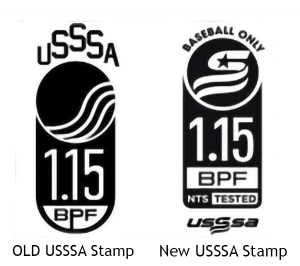 That darn “integrity” is getting in the way again.

In May of 2022, All Star Village sent out an email (didn’t update their site, at least at first) were adding a few restrictions. Most significantly, it requires the ‘new’ USSSA stamp to be on the bat. So, basically, every USSSA bat produced before 2021 will be banned. It also clarified that wood and BBCOR bats are allowed.

Cooperstown Dream’s Park (The Wild West of the East)

For any of you who plan to attend there, there are primarily 2 Cooperstown facilities: All-Star Village (ASV) & Dreams Park. If there are others, I don’t know anything about them.

You will see kids hit HRs at an alarming pace. As of today, Cooperstown Dreams Park has zero restrictions on bats other than “no wood bats.” Odd.

For those of you looking to attend one of these two locations next year, know where you are going before you drop way more than you should for a “Cooperstown” bat. I also recommend one of you carry a small scale in your backpack, but that is the topic of an entirely different article.

See our guide on what to know before you go to Cooperstown All Star Village.

How to Best Navigate These Rules

The bottom line is that you have to ask questions, and you need to think ahead of where your kid is or might be playing at the time you purchase bats. It is fairly common to see a bat bag sporting the USA, a USSSA, and a wood bat these days. #BatCompaniesSmiling

Don’t remove the wrapper until you know the bat is legal for your games, and if you might only need that bat for a weekend or two, buy used or try to borrow a bat from a friend.

A realistic possibility is that your kid plays a season using two or more bat rules, so you need to stay on your toes and check the rules before each weekend.

Given how long some of these bat rules have been in place, and given that some leagues add on to the same page and copy and paste from others, it might be a good time for everyone to clarify the rules and rewrite them in much a cleaner fashion. Just state what bats can be used and what can’t. Remove terms and phrases that are outdated, confusing, or are not ever enforced. I know, wishful thinking.

In closing, I must quote my son when I first told him about the USA Bat Standard.

“Dad, couldn’t they just change the balls and keep the bats?” 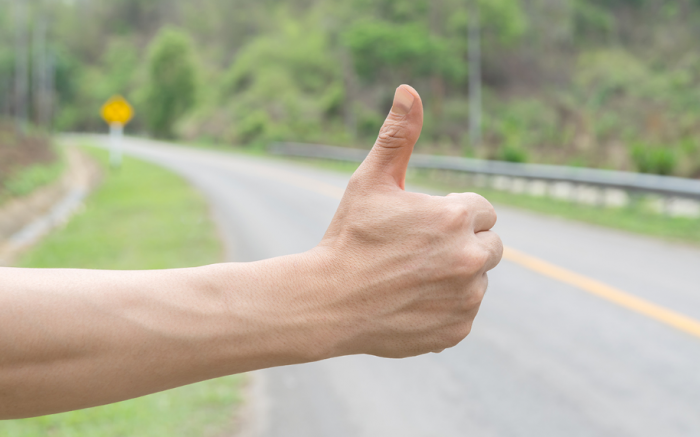