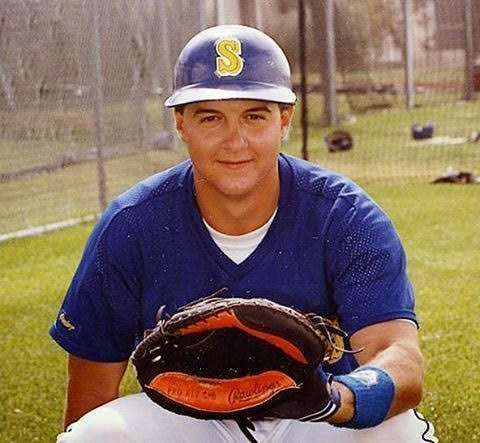 To Sign Pro or Play College Ball? | Some Insight From Those Gone Before

In the 1930’s my Grandpa Al was a two sport star in high school. He was the shortstop on the baseball team and the running back on the football team. After a baseball game in New York City, a Yankee scout approached him and asked him if we would sign after high school. He was so excited but he told the scout he needed to discuss this with his parents.

See all the Baseball Bats we have reviewed.

He rushed home and begged his mom to sign the Yankees contract as he was too young but she refused saying that he needed a college education because baseball players don’t play forever. So instead he went to play football and baseball at New York University and then signed with the Brooklyn Dodgers after graduation. Soon he was in the Major Leagues but an injury to his shoulder ended his career early.

The Dodgers President, Branch Rickey, recognized my grandpa as different. At that time, he was but a handful of players who went to college. The overwhelming number of pro players signed out of high school often for a bus ticket to the low minors getting paid very little but living the dream. By being a “college man”, my grandpa quickly rose in the ranks of the front office and eventually became GM of the Los Angeles Dodgers in 1968.

Not much changed when my dad was entertaining this question. He had an offer to play at USC in 1961, which was prior to the draft, so the pro teams could all bid on a player and the player could choose among the offers. My dad decided on taking a $25,000 signing bonus with the Dodgers at 18 years old. Back then, a HOUSE was like $12,000!

Sports Illustrated reports on the law suit former minor leaguers are suing the MLB for and why it was dismissed. 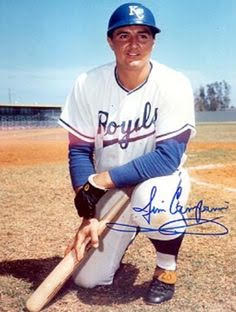 With that kind of signing bonus in the early 60’s, my dad was on the fast track to the majors. After four years in the minors, he finally got his shot but his MLB career was always in the back-up role. He never really was able to get steady playing time and never made more than $10,000 a year as a player in the Majors. When faced with his career ending he then realized that with no formal college education, he would have to learn a new skill at age 33 to support the family. He found the car business and made a good living but he was very lucky. Many players from his generation were not able to make a decent living off the field in what I call, “Real Life”.

Then my turn came in 1985 when faced with the same question. I played on the Twins scout team in high school and hit very well against college pitchers. So well, the scout who ran the team told me they wanted to draft me. I was so excited but my grandpa was absolutely adamant that I go to college. The choice was never really mine. I wanted to sign and play baseball every day without worrying about homework, but for me, deep down inside, I knew I needed extra time to develop and USC was the place to make that happen. Eventually, after my All-American Junior year at USC, I was the 71st pick in the 3rd round of the June, 1988 draft by the Seattle Mariners and signed. 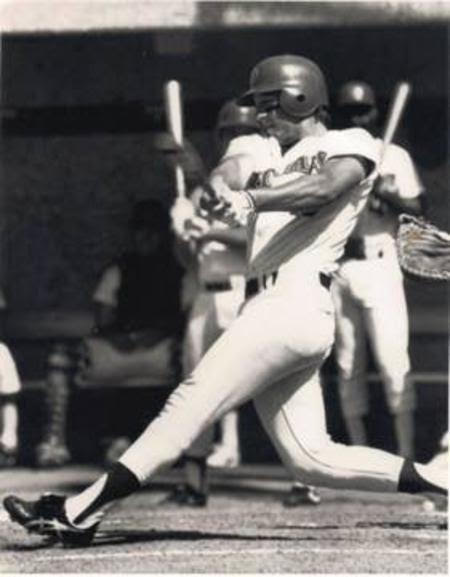 When they finally ripped the uniform off my back and said I was done with my 8 year pro career, my grandpa’s wisdom played out. He had insisted that the Mariners pay for the last three semesters of my college education when I signed. When baseball was over, I finished my studies at Arizona State University with a degree in Broadcast Management and went into radio advertising then ad agency work. All of this education paid for because I could hit a round ball with a round bat!!

Today—EVERYTHING is different. The money is just so HUGE for draft picks.

Why is Coach Picking On You?

Without naming names, I am working with or good friends with parents who’s sons are on the radar for the 2018 draft. All three of them are set up with 70% scholarships (no one gets a full ride anymore) to major D1 universities and are finishing their senior years in high school in the highly competitive SoCal area.

These players have played on high level travel ball teams, Team USA, Area Code Games, MLB sponsored showcases, scout teams while playing at ranked high schools. They hire me to train them on hitting, they also have a defensive coach, a weight training/conditioning coach, a nutritionist and the best bats, gloves, spikes and gear available. But when they get drafted, all that money spent is a drop in the bucket to the signing bonuses they will be offered. 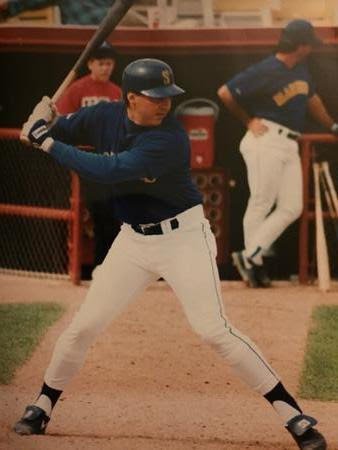 One player is looking at $5,000,000+ and will have to decide if he’s going to college or signing as a first rounder. That choice would have been very tough for me, my dad and my grandpa—but now it’s a no brainer! Sign and get paid millions immediately with college also built into the bonus!

When a team drafts a player in the first round, that player has the best chance to make the Major Leagues and it’s not always because they perform so well in the minors—it’s because the player is looked at as an “investment” by the team. This gives top picks a major advantage over low picks or free agent signings—top picks get MANY more chances.

See a few tips on the types of pitcher’s you’ll face.

How tough is it to get a multi-million dollar MLB contract? There are about 4,000 players on pro teams right now from Rookie Ball to the Majors. Compare that to the tens of millions of amateur players. I made it to the Mariners 40-man Major League roster as a catcher in 1992. There were only about 100 other catchers on MLB rosters that year. So based on the numbers, I was like 1 in 6 million amateur players to get this far. And I didn’t make more than $12,000 in my best season over an eight year career!

If you or your son is facing this question in 2018, consider yourself in an exclusive club. If your name gets called on draft day, it will be the most exciting day of your career but then the big question will come up…sign or play college? Based on what I’m seeing elite SoCal high school players doing—most will sign if drafted in the first 15 rounds with extra bonus to pay for college. Then the real challenge begins—making it to the Big Leagues…and staying there.