We’ve seen more than 1,000 bats come and go. After heavy work with the bats, we usually ignore considerable ball marks and ball scuffs. But, now and again, we want to remove ball marks and clean the bat.

How do we clean our bats?

Two tricks we show below.

Over the years, we have found some tricks and tips to clean your bat. 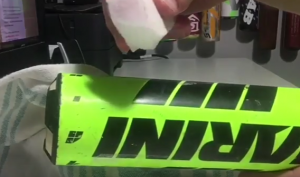 Manufacturers are comfortable with mild soap and warm water applied with a softer rag on the bat. This approach is nice enough, no doubt, but usually not strong enough for serious ball marks. A stronger non-metal brush that you’d use to get grease off a pan in the kitchen is also useful in some instances but requires serious effort and time. There is some risk of scratching the paint job if you are too aggressive.

In practice, however, none of those options work entirely for most serious ball marks. 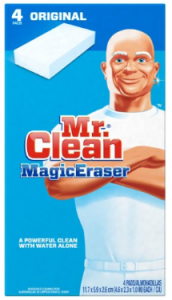 There is really only one trick to cleaning ball marks off a bat. It is the Magic Eraser. There isn’t anything magic about this. Instead, it is made from a foam that resembles very, very fine sandpaper. When wet, it works well on high gloss finishes. However, do be aware of rubbing certain areas might leave microscopic scratches. We rarely rub in the same spot for more than 10 or 15 seconds. The good news is we have yet to come to a spot that needs more than just a few seconds of rubbing.

At the risk of this sounding too much like an infomercial, you may find the bat cleaning video we did helpful.

To make a long story short, the Magic Eraser is our go-to bat cleaning trick. Soap and water do not cut it. And for less than $5, it can be used on a few hundred bats before it needs replacement.

Does a Clean Bat Matter?

The short answer is, obviously, no.

A clean bat shouldn’t hit a ball any further than a dirty bat. Assuming, of course, we are not talking ‘caked in mud’ dirty. In fact, it could even be argued scuff marks give it personality.

But, ask Ichiro Suzuki if bat perfection means anything in the grand scheme of things. One of the better hitters in the game kept his bats in a humidifier and a massive carrying case. Players at the top level of the sport care a significant amount about their bats and take considerable care of the bats. Why not, then, take care of our nearly $400 composite bats with a little cleaning once and again? It isn’t a crazy idea. 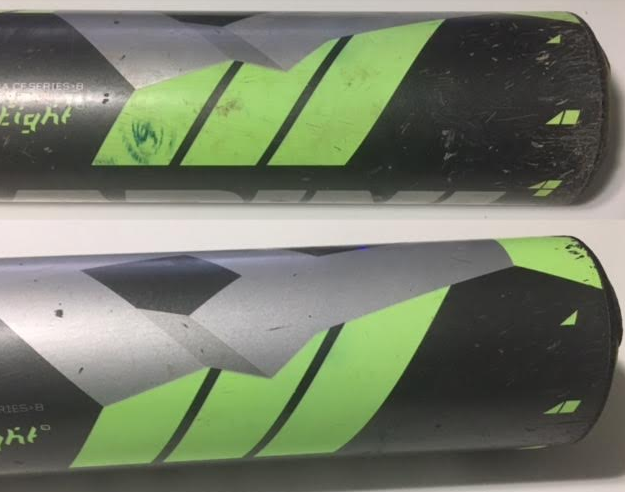