Our second day at the Perfect Game Series Classic brought on some highlights and lowlights. We learned that umpires are late no matter how expensive the tournament, Pitch Smart Rules are stringent and well thought out, and elite 11U pitchers throw about 62+ mph. We also observed that kids from California to Omaha to Connecticut play baseball in just the same manner. (You can see our first day travelouge and insight here). 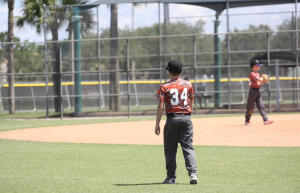 The highlights of our second day consisted of two very competitive games (8-8 tie and a 6-5 win). Despite the fears we had of our Southwest squad being out matched by teams with less self-selected geography bias, we held our own. We took a bunch of middle infielders and a catcher and put together a decent performance (although a bit error ridden). It was a good day for baseball and we played well despite the time change and hotel stay for everyone on the team.

We are also super impressed with our Coach who clearly knows his stuff. He’s a collegiate pitcher for a Florida team and seems to both want to win badly, and enjoy giving the kids good instruction.

The lowlights were the lack of umpires. They were actually quite good when they finally showed. But our games, 4 of which were scheduled to start at 8am, didn’t have any umpires. This left about 500 people from all over the country waiting for the Perfect Game’s coordinator to scramble. I am sure there were more than a few interesting phone calls discussing why, after all the effort to get this coordinated, no one remembered they also needed umpires.

In the end it wasn’t that big of a deal. We pushed the games back an hour while umpires arrived. Only in Fort Myers, Florida—home of a few Spring Training facilities—can you find eight professional umpires within an hour’s drive, doing nothing on a Monday morning at 9am.

Rules we aren’t as accustomed too—aside from the Pitch Smart Rules—are:

There were a few interesting rules we were unfamiliar with. Foremost are the Pitch Smart Rules. These rules, advised by the MLB, govern the use of pitchers. There are several common sense rules about not re-entering the game and proper warm ups. The one that gets the most attention is the actual number of pitchers allowed by pitcher per age group (not innings).

A simple google search will find you a number of articles discussing the reasons, so we will save you that here. But suffice it to say, they are a serious change from rules with which those accustomed to inning counting are familiar. We had a number of instances where innings were stopped mid batter to replace a pitcher who had reached his 35 or 50 pitch count, and the coach wanted to use the player the following day. 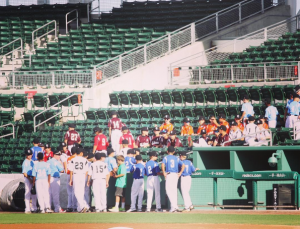 We cannot speak for the other teams in the tournament, but we are very happy with our coach. He’s involved with the kids, wants to win and knows his stuff. He’s not yet fed up with the kid antics of 11 year old boys—mind you it is day 2 of 7.

We are big believers that a coach can make all the difference in an experience at a tournament like this. The Perfect Game appears to understand this, and hired coaches who will be good baseball influences on the players. Few things would prompt us to give higher marks on our overall evaluation than a good coach—and thus far we are on the right track.

We’ve also had some good time to discuss with parents their experience in their local travel leagues. Some, familiar with things like Pitch Smart Rules and Perfect Game tournaments, seem right at home. Others new to this game appear to be fitting right in.

These are parents with good kids looking to be great at baseball. Further, sitting in the stands with parents from Texas, Connecticut, Wisconsin, California, Nebraska and Colorado, rooting for the same group of kids, builds an immediate cohesiveness we’re not sure we’ve experienced quite anywhere else. It’s nearly worth the price of admission all on its own. 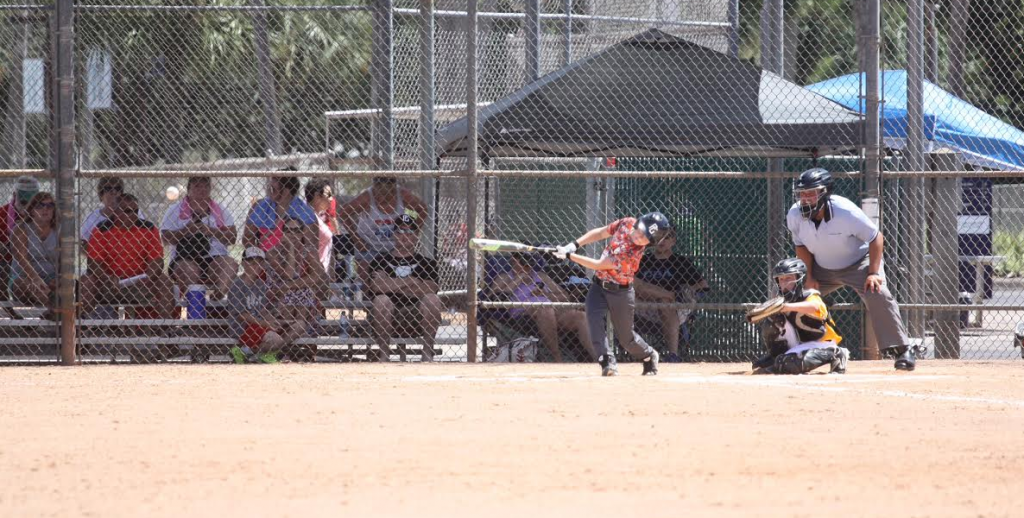