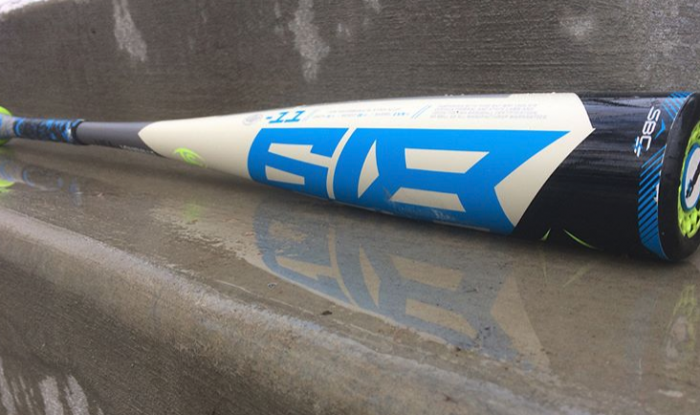 The 618 Solo from Slugger is by far the most popular bat in the 2018 USA Bat space. Through February and March of 2018, it has been an impossible bat to keep in stock even at the biggest places. Even eBay versions of the bat, if you can find any, are actually selling for more than retail price. Slugger hit a perfect shot with this drop 11 that has an ideally priced entry level performance bat price with a light swing and good feel on contact. The bat’s market dominance, and unavailability, has also made the less expensive Rawlings 5150 a real hit too. Those two bats, and a couple others we point out below, are the most popular USA Bats for 2018.

Find It In Stock

Aside from the obvious, that is: everyone who plays Little League, etc., needs a new bat, two major reasons drive this unprecedented run on the 618 Solo USA Solo. They include the seemingly obvious points that the 618 fits the bill for a nice light swinging bat with a good feel at contact and the price point is right in the wheelhouse of what parents want to pay for an entry level performance bat.

In 2016 Marucci’s CAT 6 was priced at $249. No other serious BBCOR bat fell into that price point. People indecisive between a two piece hybrid at $299 and a single piece aluminum for $199 were at an impasse. Until, that is, they saw a $249 bat with advanced tech in the knob that was positioned to feel like a two piece but give the performance and durability of a single piece. That perfectly priced bat, at the perfect time, with virtually no other competition at that price point, absolutely destroyed the competition. Finding the CAT 6 during those weeks was a difficult task and Marucci, in the Aluminum bat space, was here to stay.

Slugger has appealed to the same phenomenon in the 2018 USA Bat space as Marucci did in 2016 BBCOR world. The 618 Solo is a single piece bat with advanced tech in the end cap and a tapered knob to help with hand sting. (See our 618 USA Bat Review). It deserves a price point higher than a simple single piece aluminum but not that of a true hybrid. As well, turns out, much to Slugger’s delight, no other company produced a $179 bat this year. $179 is, apparently, the most amount a number of parents are willing to pay for their first foray into USA Bats.

At the perfect entry level price of $179 the drop 11 618 is in a unique position to dominate the market.

The swing weight for the 618 Solo is actually more in line with a light swinging drop 10. Bats like the CF Zen and Easton Ghost X Drop 10 have the same swing weight as the Drop 11 USA Slugger. This is not uncommon for aluminum bats.

Although this bat should be categorized as a drop 8 or drop 9, kids in the cage are crushing with it. The feel is real smooth at contact and the barrel size way above average. If the bat were lighter we think it would be the most popular bat. It is helpful, too, that it a $100 cheaper than a few two piece composite bats on the market and they Beast X Hybrid getting really good reviews across the board.

The 518 also has a really attractive USA bat price for the first year.

The 518 comes in a number of lengths, drops and an attractive entry level price point. This is a step down in the slugger line as it does not have the same extended composite end cap, but the grip is the same and barrel profile mostly similar. The sub $100 price point makes it very attractive and, as you can imagine, a very popular 2018 USA Bat.

Is the Most Popular The Best?

On this site we do not think the most popular is also the best. Popularity has much more to do with a company’s distribution and price point than it does with actual performance. The best USA Bat we discuss elsewhere.

Yet, that does not mean we think the 618 an unworthy bat. In fact, it is one of our favorite especially for those in the sub $200 price point range.

My son has two 618s (one USA and one USSSA) and he loves them both! Obviously there is more pop in the USSSA bat but the USA one is not bad. He really likes the swing weight and says there is little to no vibration on off-center contact. For the price, this is a really nice bat.

Ghost bats are killing the kids hands and have been getting fractures on the barrels.
Hybrid Beast is the best of all Eastons new USA line but like the article says it should be about a drop 8

Agree on all fronts Eric. No idea why that thing hurts hands so much but it does. So weird because the same connection piece is in the Hybrid X and that feels great.