Marucci Sports, a major player in the baseball bat space, announced today they have acquired Victus Sports. Victus, a mid level player in the pro-bat market who produced bats for Bryce Harper, among others, was the first wood bat company to license the asymmetric knob of Axe bats for use on their wood bats.

Depending on who you ask, Marucci maintained about 60% of the MLB wood market in 2016. Victus, on the other hand, was near 10%. Now combined, Marucci Bats is nearing the Louisville Slugger’s market share dominance they set in the mid 1990’s.

Victus Bat’s produces a high quality wood bat called the ProPact line.  Enough MLB players swing Victus’ top shelf line that you simply can’t make the case otherwise. The bats, if you look at their site, deliver a smooth look much like, dare we say, Marucci. From an aesthetics standpoint the two companies are remarkably comparable.

Although Marucci, by nearly every best wood bat measure, already produces a top shelf and smooth looking wood bat, the acquisition of Victus broadens their MLB reach and facility distribution. From a number crunching standpoint it just makes sense.

You can see Marucci’s full press release on the matter here. 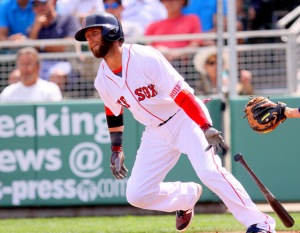 What may be the most interesting turn of events is what Marucci is to do with the Axe Handle on some Victus bats. Victus, you may recall, licensed the idea from Axe. Those axe handled wood bats have been used by enough players, like Dustin Pedroia and Mookie Betts, to carry some validity going forward. Most were working under the assumption Victus and the Axe handle will only increase their MLB reach for the 2017 season.

But a Marucci owned Victus Axe handle bat carries a bit more convolution. The reason being that Marucci and Axe compete head to head in the aluminum and composite bat space. Axe claims their proprietary asymmetric handle is superior to other normal handles in the aluminum and composite bat space. Marucci, obviously, disagrees. The competition between the two companies is cordial but that does not make it fictitious.

What value would an Axe bat company find in licensing their unique advantage to a serious competitor? And, why would Marucci validate the Axe handle by continuing the relationship?

Fair questions, and ones we simply won’t know the answers to until they play out.

In the last two years we have seen the acquisition of Louisville Slugger by Wilson and the disappearance of Combat and RIP-IT from the bat space. Easton’s parent company suffered a devastating bankruptcy. Yet even with those arguable disappointments, we have seen the likes of Adidas and Mizuno enter the metal and composite bat arena. As well, new companies like Dirty South and Rude American are coming along strong too.

There is no rest for the weary in the bat company space. We are sure there is more to come in the reasonable future. 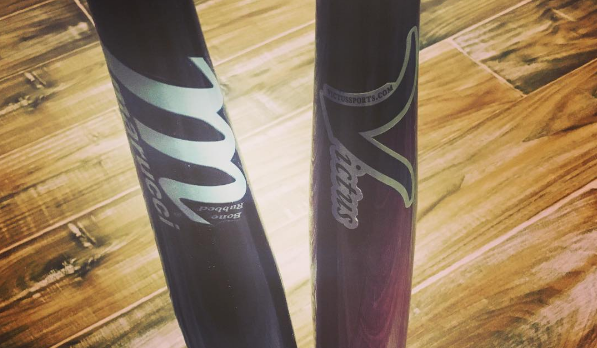