The Longest, Shortest, Heaviest and Lightest Bats of the MLB

Under our Best At-Bats section, we compile data from auction houses on bat sizes of past and present greats. That aggregated data shows some insights worth sharing. In particular, the sheer range of bat size metrics from Major League players is something we always find interesting. From our work so far, we identified the longest, shortest, heaviest and lightest bats used.

In the modern era, that is baseball after 1940, both Babe Ruth and Joe DiMaggio have instances recorded of swinging a 36-inch bat. Those are the longest we could find. There is one outlier in Pete Rose’s bat at 36 inches, and surprisingly, one for Ozzie Smith (but we suspect that is a typo on one of his auction house data entries). Ruth and DiMaggio, on the other hand, used a 36 inch length bat regularly.

MLB regulations allow a bat up to 42 inches, but we’ve yet to record anyone using a bat larger than 36. Even today, big hitters rarely go much over 34, let alone 35 inches. They dwarf in comparison with big hitters of the past.

The shortest MLB game-used bat we have yet to find is a Tony Gwynn’s bat measuring just over 32 inches at 32 1/4. Gwynn, maybe the best hitter in the modern era, using a short bat is unexpected considering most players work under the assumption bigger tends to be better. Yet the reality that the best hitter in the modern day game swung a 32-inch bat,  may help a number of high school players recognize those 33 and 34 inch bats are just too big. 32 inches is where it’s at.

Without surprise, Babe Ruth’s 50+ ounce bats, which he used often, are the heaviest bats we’ve yet to record. Yet, post the Ted Williams revolution, where swing path and bat speed became an art, few used bats more than 35 ounces.

Outside of those old timers who consistently swung 40+ ounce bats, the heaviest bat we have yet to see is from Roberto Clemente. Clemente’s bats were 38 ounces and then some.

Even more recently, Reggie Jackson swung a huge bat. One of his bats at auction was recorded at 37.1 ounces. An absolute monster of a bat for a monster of a man.

In today’s game, no one comes close to these sizes. Big hitters today (like Bryce Harper) sometimes get over 35 ounces, but not by much.

Rod Carew and Ozzie Smith, we found, both used bats in the 29-ounce range. Considering a lot of high school players think 30+ ounce bats are for the big boys, a look at the Oz and Carew would be beneficial. Considering Carew is likely the best hitter of his era, there should be no shame in swinging a 29-ounce bat. 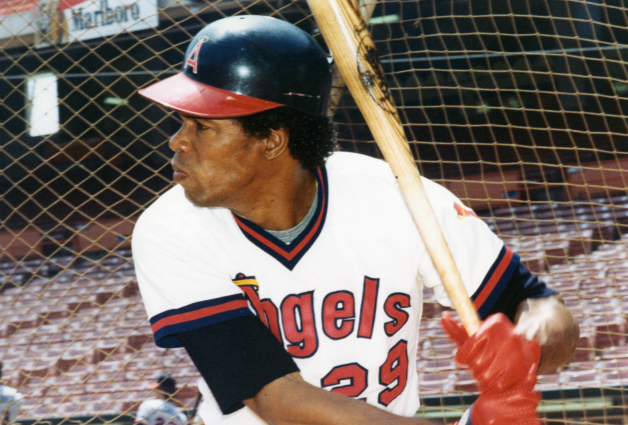