How To Steal Signs and Protect Yours

When I was in Little League around 9 years old, my dad, a former MLB catcher, was our coach—and he stole the other team’s signs EVERY game. He knew the obvious indicators like the bill of the cap or swiping both arms. But funny thing was—he didn’t tell us. He let us play.

As I got older and the game became much more competitive he decided it was time and would steal pitches from the pitcher, the catcher or coach and relay that to us from the stands!

This article will touch on the obvious things pitchers and catchers do to tip off pitches along with how to keep signs from being stolen when runners are on second base.

If your going to tip your pitches, might want to also consider some pitcher head protection. 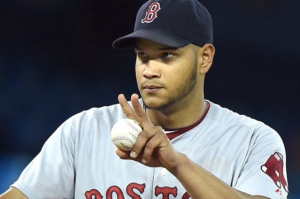 If you’re a pitcher…make sure you are doing everything the same and not loading pitch grips in your glove only on breaking balls. 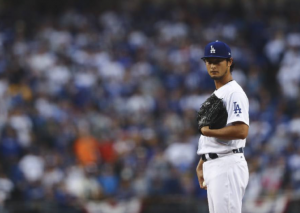 In case you didn’t happen to see game 7 of the 2017 World Series, Yu Darvish, pitching for the Dodgers, was absolutely crushed by the Astros nearly immediately. No matter what Darvish threw, they hit it like they knew what was coming—because they DID know!

Thanks to keen observations of Darvish by the Astros, they noticed a consistent theme as Darvish began to put the ball in his glove. Darvish was pitching out of the stretch even when no one was on base and when he went to the set position, he would rotate the ball for a slider or take the ball directly into the glove for a fastball.

They didn’t even need an audible signal from the bench like someone yelling first name fastball or last name curve or whistling. The batters SAW the ball spin in the hand or not and sat on that pitch. The rest is history.

How Scott Erickson Tipped Pitches To Me… 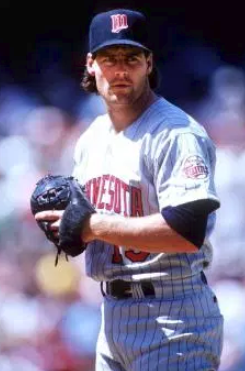 A similar thing happened when I was in pro ball facing a very nasty Scott Erickson who was with the Twins then. He tipped his pitches but in an odd way and we lit him up!

Well, when you know a slider is coming, it’s no longer nasty and I wore him out that day. Three hits with two on sliders. Without knowing what was coming it would have been quite a different outcome.

When I train pitchers I look very closely at how they wind up and deliver making sure they don’t do one thing on a fastball and another on their breaking pitches. But many do.

How I, the Catcher, Tipped Pitches In My First Game 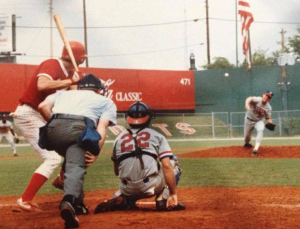 I was converted to Catcher my Freshman year at USC. My first start was against UC Santa Barbara.

During that game, I threw out my first runner and eventually hit a game winning double in the 8th inning and was so excited we squeaked out the win.

The next day the coaches called me into the office when I arrived for practice. I assumed it was to congratulate me for a good game but what they said was SHOCKING. They told me the head coach from UCSB called to inform them they knew every pitch that game…and it was because of ME!

The Set Up Got Me

I couldn’t believe it. I thought I was hiding my signs well, mixing up the sign sequences when runners were on second base but they said that wasn’t how they got them. It was how I set up after giving the sign to the pitcher.

As a new catcher, I was taught angles were important in order to block the curve in the dirt so without realizing it, I started with my right foot to create that angle…and UCSB picked up on it! 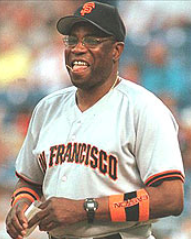 One other time in pro ball, I kept hearing whistling from then Manager of the Giants Dusty Baker. I knew Dusty from his Dodgers playing days as I used to batboy often. Anyway, I noticed he whistled when I set up away. He wasn’t relaying pitches but location which is still very useful for MLB hitters.

A ball was soon fouled over to the Giants side that went into the crowd. I chased it over by their dugout and went by Dusty and said, “Come on Dusty—enough with whistling location”. With a big grin and a toothpick sticking out of the corner of his mouth he said, “OK Little Campy, you caught me!”

Communicating to the Batter from 2nd 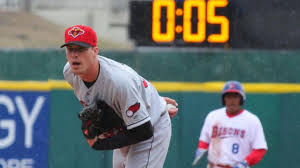 Over the many years of catching I experimented with various ways to flash a series of signs or sequences that would be tough to steal.

I never liked using basic indicator sequences like first sign after the two. That was the first thing I looked for when I was on second base as a runner trying to steal signs. The reason—Indicators can be picked up in like two or three pitches from a savvy base runner.

As a baserunner here is how we communicated the signs to the batter.

With the Mariners, we had a very specific way of telling the batter we had the signs when we were at second base.

We took off our helmet and kicked the bag until the batter took off his helmet to communicate he’s ready for the sign. Then after getting the sign, the runner gave a nonchalant sign to the hitter.

This slight move was hard to identify by the catcher. Here’s how it worked. If I saw a fastball sign I’d keep my right arm straight and slightly bend my left arm. Vice versa for curve/slider. 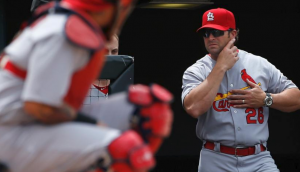 As I catcher I would watch the runner at second base for moves to tell the batter the pitch to make sure I wasn’t getting my signs picked.

I remember times where I thought the runner had my signs. But I learned some tricks that made very tough to steal my signs.

Here are some of my secrets:

Be the Thief, NOT the Victim 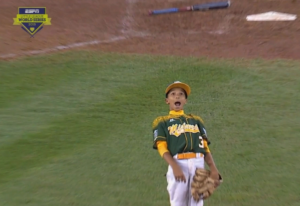 In baseball, stealing is good. It’s admired! It means you see an opportunity and take advantage of it. It’s like a tiger seeing an opportunity for a meal—they POUNCE. Same goes for baseball players. And stealing signs is part of the development to the higher levels where it’s a daily thing and players who are good at stealing signs are rewarded.

Why do most college catchers wear a QB playbook sweatband on their left arm? To make it harder to be a victim of theft because it’s beneficial to steal in baseball!

How can you protect your team? Keep your signs simple but change them often. Make sure the players know every inning which signs are being used.

Finally…always be looking for tip offs from the other team’s dugout, catcher or their pitcher. When a good hitter knows what’s coming, it gives them a HUGE edge. How big of an advantage? Maybe even enough to beat a better team. 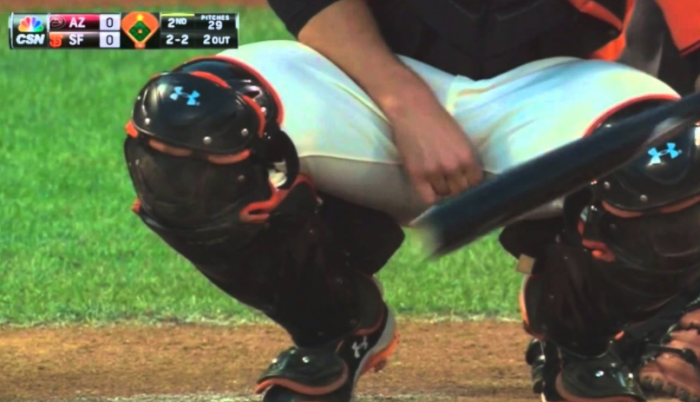