If you talk to any bat manufacturer, one of the biggest shifts in youth baseball bats has been the increase of drop 8 bat purchases over the last few years. The growth in popularity of drop 8s has made many choose between a drop 8 vs. drop 10.

Quick Takes on the Drop 8 vs Drop 10 dilemma.

Based on some of our survey data, the drop 10s still outsell drop 8s in USSSA by about 3 to 2. So, for every three CAT 9 drop 10s are sold, there are two drop 8s sold.

Two things have created this.

However, that’s all theory.

The truth is, changing your bat’s weight is the ONLY thing that changes your swing speed (aside from mechanics—but nothing about a new bat is going to change much about those).

The question, for you, is does added swing weight change your swing speed.

Fundamentally, there are no differences between Drop 8 and Drop 10 bats other than the scale weight. Although each USSSA brand and model has its own vibe, the industry generally holds to these rules when moving from a drop 8 to a drop 10.

If a drop 8 or drop 10 is the right choice for your player is an empirical question. That is, we can’t answer it here because it asks for data that we don’t have access to—only you do. The only trick would be to test it on your player.

As a general rule, players who are 11 and 12 have better success with a drop 8. Younger players still do well with a drop 10.

Although not every brand and model follows an exact pattern, there are some swing weight equivalents when comparing drop 10s and 8s. Meaning, if you’re looking for a comparatively similar swinging bat then here’s how it breaks down. Basically, you want to drop an inch if yuo’re going to a drop 8. 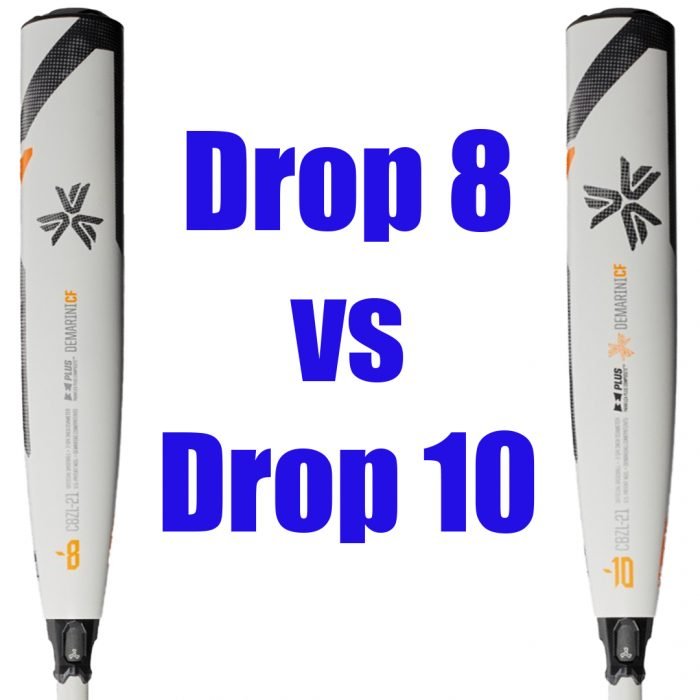