After Watching 980 2018 College World Plate Appearances, Here Is What We Learned About BBCOR Bats

Heading into the finals, we counted 30 different bats used in the 2018 College World Series. Of those 30 bats, the 2018 Easton Beast X Loaded was far and away the most popular, used 16% of the time.

Considering the bat is the heaviest swinging BBCOR bat on the market today, this is no surprise. College players love the weight room and high MOI bats, and the 2018 Easton Beast X Loaded fits that bill perfectly.

What might be most interesting, at least for us, is watching the 2019 bats that often get an early look from some college players. As well, if you have a chance to visit Omaha, the booths outside the stadium usually have some sneak peaks, too. Here is our quick visit to the Wilson shop.

We shared a lot of these images on our Instagram account. Above is the 2019 DeMarini Voodoo Insane (you can tell because the collar is fully black, not black/red). This is swung by a couple player from OSU, and in particular, Adley Rutschman who has done outstanding with the bat.

Marucci doesn’t sponsor college teams. Their focus is much more on pro guys. But their CAT 7 and Posey Metal 28 is legit enough for some college teams without bat contracts to get on the Marucci Train. Here is a shot of one of the Texas Tech players using the Posey Metal 28. 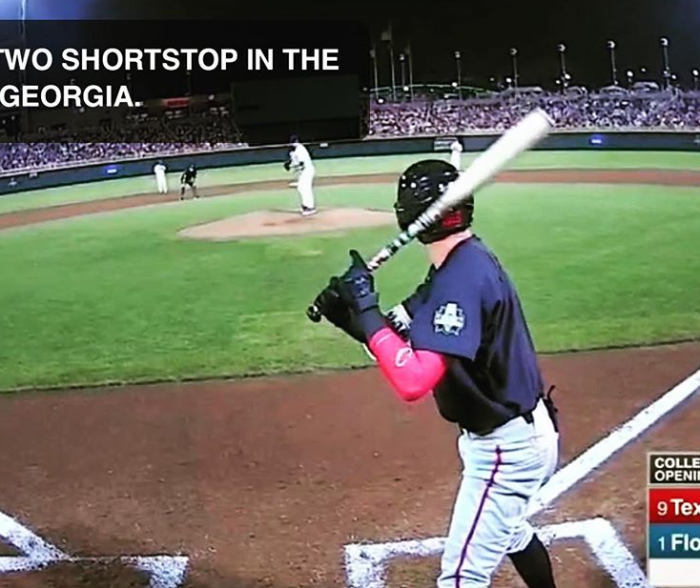 Rawlings has a long standing tradition of working with elite college teams, but even some teams who don’t have Rawlings contracts still pick up the VELO and 5150. A few Texas players had early access to the 2019 Velo. 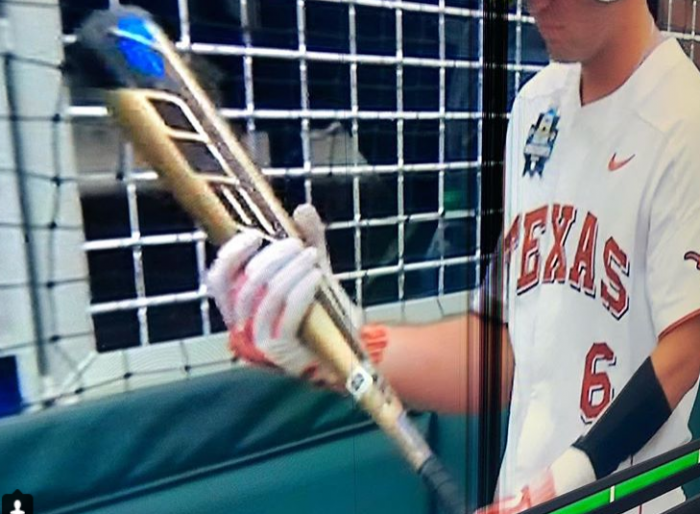 Florida, which is an Easton school, had a whole range of bats at their disposal. We saw a lot of 2018 Easton Beast X Loaded—which was the most popular bat in the entire tournament.

We were also lucky enough to get a sneak peak of some of the new stuff. Here is the Project 3 ADV from Easton. This will be, as far as we know now, the next generation of two piece composite bats from Easton—replacing the Ghost X? We don’t yet know. 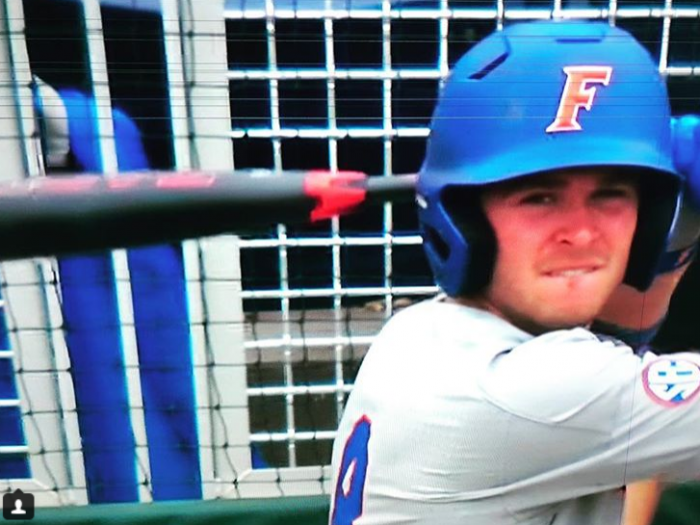 Easton also plans to update the look of the Z-Core with this new line called the Alpha. This particular model, used by a few Mississippi State players is called the Alpha XL. 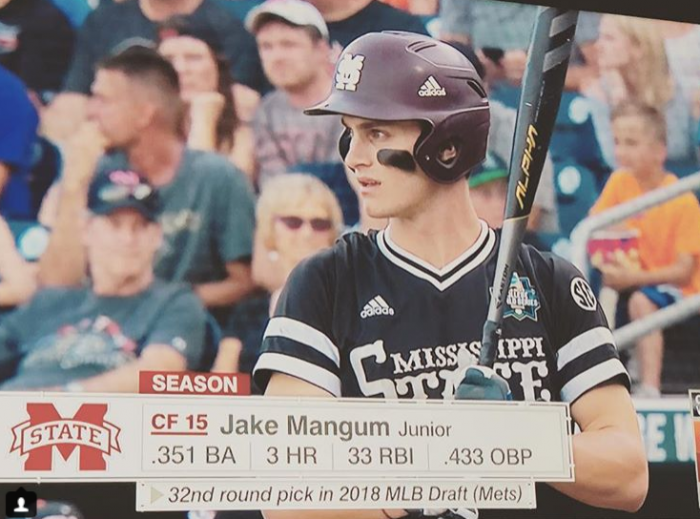 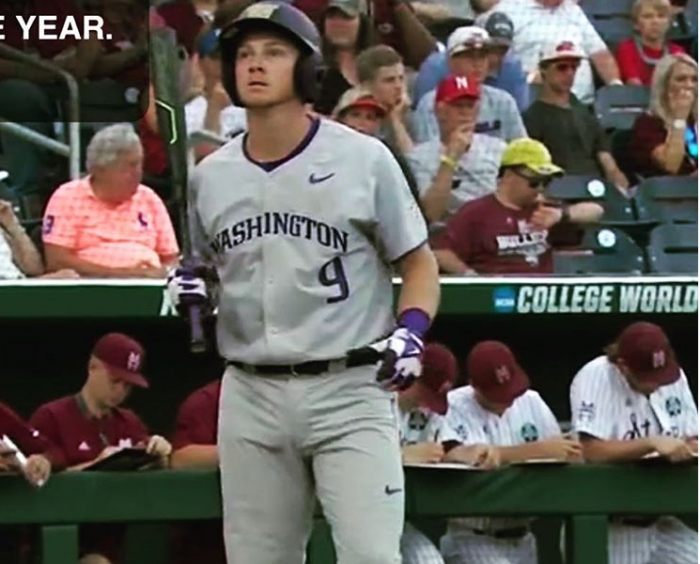 As these bats release to the public, and as we gather more real information by hitting and using them, you can expect full reviews on our baseball bat reviews page.

Most will not release until September of 2018.

Aluminum Barrels Rule, But Have No Number Advantages 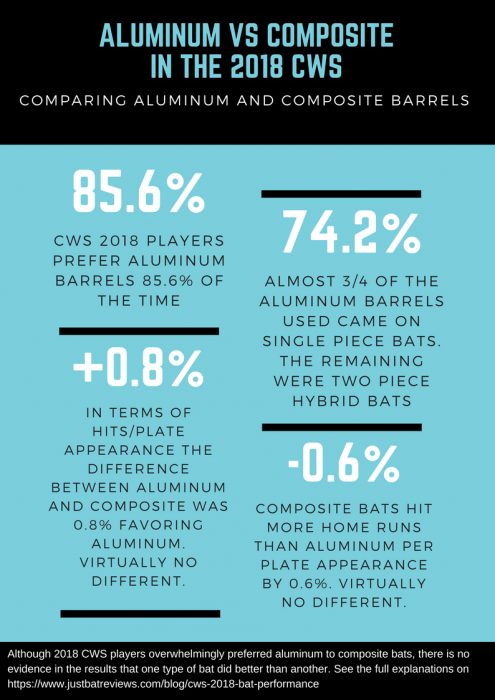 Almost 9 out of 10 College World Series players prefer an aluminum barrel. The general thinking is they prefer the heavier feel and hot out of the wrapper performance. Fair enough.

We think it most interesting that just as many home runs were hit with composite bats as with aluminum bats. Before this analysis, we would have thought for sure that aluminum barrels are more likely for dingers than composite at the College World Series level because stronger players, or so we thought, liked stiffer aluminum barrels. But, apparently, little did we know. 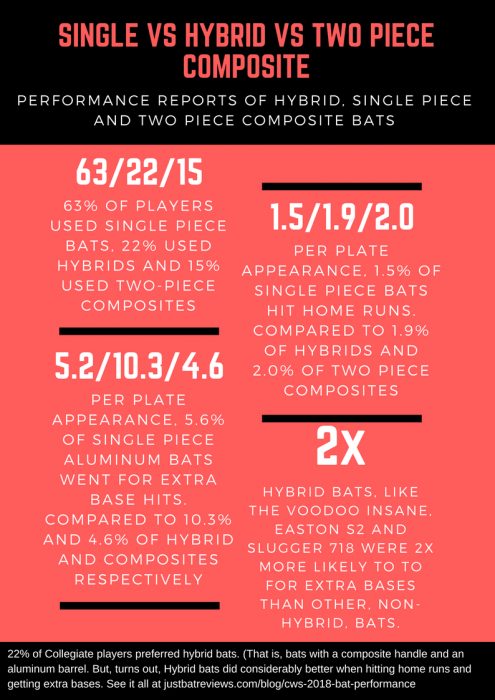 There are not many places where we think the data we gathered tells us much of anything. But, if we had to suggest one, it would be that hybrid bats (those with composite handles and aluminum barrels) do better than what the usage data suggest they should. In our data collection, they were two times more likely to hit for extra bases than the other types of bats.

If this insight is a real observation, meaning it isn’t just data noise where we captured some anomaly explained by something other than the bat construction, doubling the chances for extra bases would have put virtually any team that made it to Omaha in the finals.

Our gut feeling here is that the hybrid bat phenomenon in this year’s data is explained better by realizing that Oregon State had a few outstanding offensive games. And, turns out, much of their team prefers a hybrid bat. Is their preference for a hybrid bat indicative of an ability to produce more offense or does their preference for a hybrid have nothing to do with the extra bases hit propensity we have seen? This is a question the data we gathered simply can’t answer.

Far and away, the most popular ‘oldie’ bat in the 2018 CWS was the 2014 Voodoo. This bat, often referred to as the Voodoo Paradox, is a two piece hybrid bat. It is, and was, a great bat that you can sometimes find online for a song.

In fact, it was the third most popular bat of the entire tournament and the most popular hybrid bat. The 2014 Voodoo was the third most likely bat to hit a dinger and sixth most likely to get extra bases. Thanks, in large measure, to the Oregon State Beavers whose middle of the order loves this bat. Their first game loss and subsequent base path plowing through the loser’s side of the bracket really drove the numbers on the 2014 Voodoo.

We saw plenty of the new stuff (2019) from the College World Series batter’s box. But, we also saw some real old bats. Most surprising, a few on the Texas team used a 2013 Omaha Balanced. This is a single piece aluminum bat that has nothing special about it. But, the fact top end collegiate players are wielding the bat in what is likely the most important games of their lives tells you something about the bat.

Turns out, too, you can still find the bat for well under $150. We bought one, thinking these kids from Texas (Jake McKenzie, Duke Ellis and David Hamilton) might know something we don’t.

No idea how long they will be in stock.

This Raid is a hybrid bat (aluminum barrel, composite handle) and was swung by Michael Davis at Texas Tech.

Dominic Fletcher from Arkansas has absolutely raked with this bat from the 5 hole during this 2018 CWS. The bat is a 2014 model called the Easton S2. It is a hybrid bat. We reviewed the 2015 version of this bat some time ago.

The S2 predates the Ghost X and MAKO. Today’s version of this bat should be considered the Easton Beast X Hybrid. 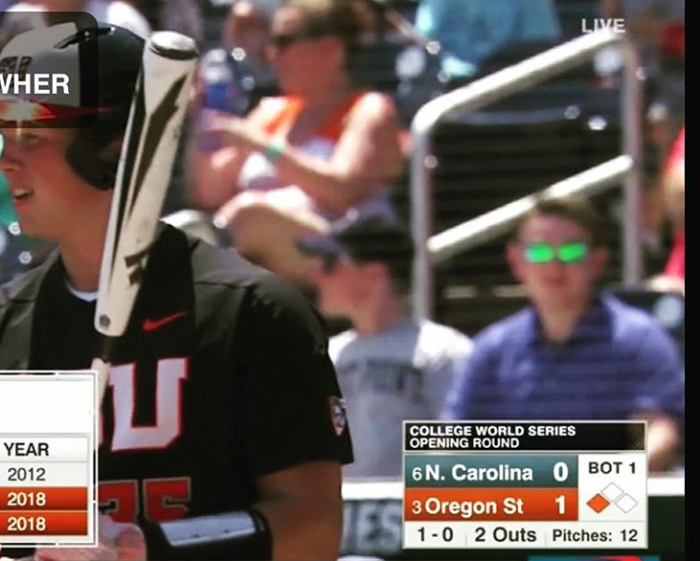