Is the DeMarini CF Zen Illegal?

Here are the legal CF Zens:

See the full list of banned and illegal bats.

Not Illegal (Any Longer):

Although the 2018 versions went through a spell of being banned, USSSA came to their senses. The 2018 version of the bat (the red and white one) is perfectly legal.

The 2019 USSSA CF Zen versions of the bat are perfectly legal in all lengths and sizes. DeMarini’s 2019 CF Zens actually split their serial numbers between the shorter and longer bats. This is a method learned the hard way and works a fail-safe in the event USSSA has another seizure.

For a short while, the 2018 CF Zen (white/red) was banned by USSSA. But, after further review, it was reinstated.

Later in 2017, DeMarini re-released the above bats in retooled versions. These bats are noticeable because they have an orange cap on the end as well as an orange stamp on the barrel.

Where to buy the Banned Versions

The banned 2017 versions are very hard to come by. And expect to pay a lot.

Every so often one pops up on Amazon with a search like this. Make sure it does NOT have the orange end cap (that is the retooled one). The ratings are usually terrible because the bat has some durability issues. But, make no mistake, the banned CF Zen’s are illegal because they are earth burning hot. (They make our best youth bats ever for a reason).

Otherwise, your best bet is eBay. Try both this search and this search. These bats usually run a MASSIVE premium.

We have hit with this bat in the cage and at a few different games among different players. It is definitely not the bat of old. That thing made tiny little kids look like rock stars. The retooled one is nice and performs like other bats in this age category should, but the fact it is dialed down from the old (illegal) one makes us a tiny bit disappointed. That is not to say the Retooled Zen is a bad bat. Indeed, we like it. Just note you won’t be seeing the bombs that made this bat illegal. And, to boot, the bat weighs about an ounce more than it used to.

Word spreads fast on the internet. So when DeMarini’s 2 3/4 drop 10 CF Zen for 2017 was deemed illegal by USSSA on a Thursday night while we were enjoying some Spring Training games, our social media and email blew up with requests for information on what exactly that meant. Since we have now had time to get back in the saddle, much of the initial panic in the market has worn off. Still, we detail the information we have gathered about the CF Zen Illegal Article Contents

What CF Zen is Illegal

What to Do with your Illegal One?

At this point, you’ve missed the boat to exchange it. For some time Demarini offered an exchange program but that shipped has sailed.

We would suggest you sell it on eBay for a pretty penny.

“For the past two weeks, we have worked closely with USSSA to complete its audit of the 2017 CF Zen -10 2 ¾” and the 2017 CF Zen -8 2 5/8”. Based on complete and final audit findings and our unwavering commitment to provide players with the best, compliant bats in the game today. DeMarini has concluded its youth baseball bat BPF audit for USSSA and the following bats have been officially withdrawn from USSSA baseball play as a result of that audit.”

They then go on to give the serial numbers of the bats we listed above. You can see that full statement here.

Easy. Sell it. For a lot of money. And then use the proceeds to fund your baseball season for a year or two.

Although the inability to produce the quality control on manufacturing to ensure bats maintain a certain degree of integrity is troublesome, the fact DeMarini made an illegal bat proves a couple of our working theories on this site. 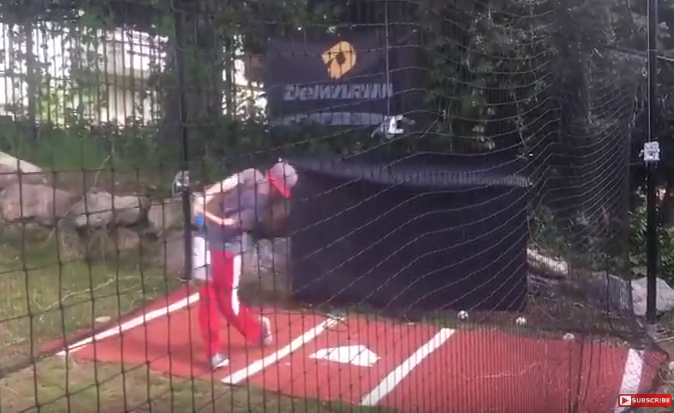 The 2017 CF Zen drop 11 is a junior big barrel bat and it is legal for play. It looks like the drop 10. However, that bat is not rated for pitch speeds higher than 40mph. It’s a coach pitch bat.