11 Gifts for Baseball (and Fastpitch) Players - By Players for Players 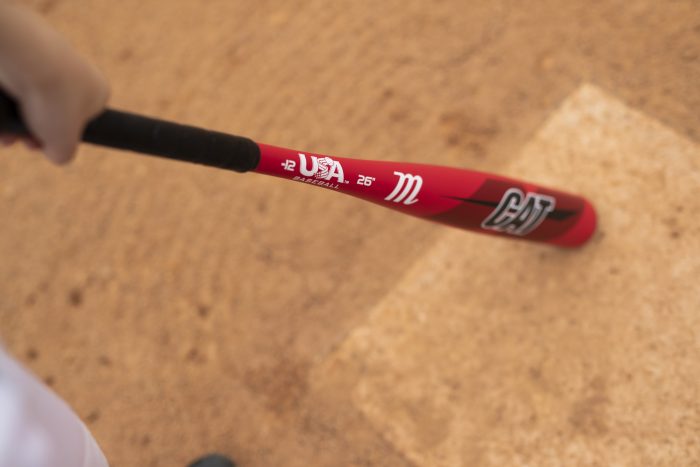 I’m a big fan of your videos. My son is turning 11 in February. He swings a -10 Posey Marucci USSSA bat in club ball. He’s starting little league in a month and have no clue what USA bat to get. What’s the best one for him? He’s about 5ft and very thin. He has a very fundamental balanced baseball swing. What do you think?

This is adapted from our advice section.

USA bats are a different beast for sure. Pure performance is the Easton ADV drop 11. Swings like a drop 10. Make sure it’s the drop 11. If you want something that “feels” the most like the Posey28 we’d say the Solo in USA.

That article has some more insight too. Hope that helps and Happy Thanksgiving.

One more question.  Doesn’t his swing speed dictate the bat for him?  So confused.   Just tell me what you think the best bat for him is.  Going to buy a few to try.

If you want something heavier the Slugger Select works too.

You’ll find the separation between USA bats is not as big as USSSA bats. Meaning, it just doesn’t matter as much as it does in USSSA.

We’d tell you to buy in this order:

He swings a drop 10. He’s only 10 turning 11 in February. Currently using a 29/19 Posey in USSSA. However, little league is starting and want the best bat out there for him. What do you think? Is it bad going from drop 10 to drop 11? I thought he has to swing a drop 3 by high school?

I bought him the DeMarini Cat 29/19 and the Marucci USA to try. How come you picked a 31 when he currently swings a 29? Is it better for the bat to be longer? Sorry for the questions just want to make the right decision. When I measured him it looks like the 29 is perfect right now and the 30 is a little big. How do I test for correct size?

Is Easton the best USA bat?

Thanks so much. I’m going to try Marucci, Demarini cat, solo, and Easton USA. Leaning toward Easton for him. What are your thoughts on a drop 11 at almost 11 years old? Shouldn’t he start swinging a heavier bat then a drop 11?

A 31/20 swings heavier than a 30/20. It’s not so much the drop as it is the swing weight. Swing weight is affected by balance point and a longer bat usually swings heavier.

Bat Guy,
He seems to love the USA Marucci drop 10. What do you think of that bat this year? Also, do you think it matters swinging a barrel that’s 2 1/2 vs 2 5/8? The two piece Easton seems like he has trouble with them or they are to end loaded.

Check our the site sometime:

In short: The CAT USA dented in the first 25 minutes. Hated the smaller barrel. The ADV is light swinging. Got the best exit speeds. It’s our favorite USA bat. I’m not sure how else we can possibly tell you that again. The drop 11 USA bat ADV 360 is the bat we recommend.

I purchased your data on all the bats and you had the Marucci rated number 5 against all the other USA bats. That’s why I’m confused.

Thanks for the support John,

Exit speed rankings are definitely one factor we use to help us determine the best bat. The CAT had an average exit speed ranking of the 5th best. But, to be honest, we aren’t sure the rankings of the averages is that useful a metric. You’ll notice the CAT, on the data sheet, ranks in the top 5 for only 1 hitter. It ranks 6th for another and in the bottom half for the other two. We consider that a ranking, not so much our rating. Its why we write this right next to that data column:

As we state everywhere, we think it a mistake to decide on your best bat by just looking at Exit Speed ranks of other players. Lots of factors, like feel, price, durability, etc should be serious considerations. That said, the chart to the left of this text box shows the Average Rank of every 2020 USA bat we tested.

How We Rate Bats

On our best baseball bat rankings page you can see how we rate our bats. In short, here is the breakdown:

I feel your pain. You are living the Dad dream/nightmare that wants to make sure we have the right equipment for their son but realizes the bat world rarely has useful information. Some days it feels like everything works and nothing works.

Buy Confidence, Not the Bat

We also find that branding and experience gets in the way a lot. People who love Marucci or DeMarini or Easton often swear by it until the end of time regardless of any facts we could point out. That isn’t a bad thing, it is what it is. We’ve had people come hit with us that swear by how hot a bat is and how well it hits even as we show them on a speed gun that it just doesn’t match up.

I’m not saying that’s what is happening here. I’m saying that brand affiliation and attraction is a very real thing in baseball—its why these companies spend hundreds of millions of dollars a year on marketing because it really does work. On us, on our children and on our decisions—there is no way around it.

Your son had such a good experience with the Posey 28 Marucci we don’t find it surprising he’s tending Marucci’s USA Bat. Does that bat match up to the ADV drop 11 or a number of other bats? We don’t think so and we think we have data to support it. But, that isn’t the same as saying the CAT isn’t the right bat for your son or any one else. If your son thinks its the best than what’s the point of trying to convince him otherwise? Confidence at the plate should be valued at almost all other costs. And a mile an hour or so of exit speed, a better feel or bigger barrel almost never makes up believing you have the best and can be the best.

Anyways, hope that helps and doesn’t make it more confusing. Keep up the good fight.