The Dark Side of Bat Performance: Rolling & Shaving 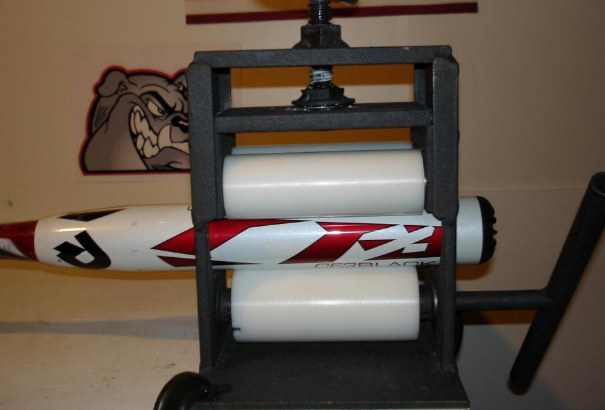 Our short answer is probably for rolling and flat out YES for shaving.

There are some arguable exceptions and we discuss the reasoning behind our answer below. While there are a few sites that brazenly offer these services, most deals are found on eBay with searches like this.

What Is Bat Rolling? 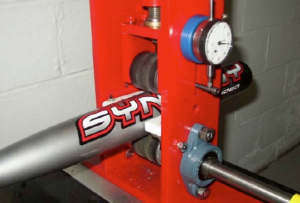 Bat rolling is an accelerated break-in process for composite bats that brings a bat to peak performance. More specifically, mechanical rollers built within a type of vice, compress the barrel along its length. This compression loosens the composite fibers in the barrel. As the barrel becomes more easily compressed, it creates better trampoline effect at impact. Rolling’s effectiveness is a proven theory.

Rolling will also shorten the total lifespan of your bat and void warranties. It is difficult to recognize a rolled bat.

What Is Bat Shaving? 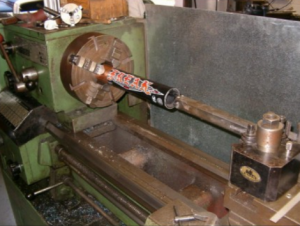 Bat shaving is the thinning of a barrel’s width from the inside. This process artificially increases the bat’s trampoline effect. It also lowers the bat’s swing weight. Shaving a bat requires the removal of an end cap where a type of lathe then removes shavings on the bat’s inner diameter. This thinner bat is both lighter and likely contains more trampoline effect than is allowed.

Like rolling, shaving a bat will shorten the lifespan of your bat. As well, durability is seriously compromised.

The Actual Rules About Altering Bats

Most leagues, including High School and Collegiate play, have strict requirements concerning the altering of your bat. Without surprise, companies that offer bat rolling or shaving make no mention of these. But, if you are here to learn the entire story, take for example, the language in the National Federation of High Schools concerning bat altering:

As well, Little League’s written statement is worth a review, too.

The case for legally rolling your bat for leagues like High School and Little League is difficult to make, but there are plenty that do. Those who justify the process, claim rolling a bat does not alter the bat for performance’s sake. Instead, they claim, bat rolling simply speeds up the process by which a bat is broken in. Rolled bats, they claim, do not “violate bat standards.” Instead, they simply work in composite bats faster. As well, they correctly cite that bat rolling is the exact process by which those who test the bat for approval work in a bat. Fair enough.

We have read the rules outlined by the High School and Little League associations, which most leagues default to, several times now. Although it doesn’t mention rolling specifically, our gut feeling is the intent of the rule disallows bat rolling. Bat rolling falls under a “device used to…enhance performance.”

Bat rolling proponents argue performance is not enhanced, just sped up. That is fair. But rolling is a mechanical operation applied to the bat for an unfair advantage. We are parsing words here, no doubt, and are comfortable accepting that others read it differently.

Most in the bat testing industry consider bat rolling to be illegal. Ironic, of course, because they roll bats to test them for legal standard of play. On the other hand, there are enough bat rolling services and devices on the market to suggest many either don’t care or don’t think bat rolling is illegal. For what it is worth, JustBatReviews.com does not roll our bats.

Some bat manufacturers even claim it is NOT illegal to roll your bat. Others, however, claim your warranty is void if you do so.

For the sake of full disclosure, we are not your attorneys.

In terms of shaving, on the other hand, we can make no reasonable case that it is legal for play. Physically altering the bat for performance’s sake is exactly what shaving is. The rules appear written to disallow that process specifically.

If your odds of getting caught are a factor in your decision to have your bat shaved, beware. The chances are high, as end caps are adjusted and a significant amount of bat weight is removed in shaving—both features that are easy enough to spot and feel.

As well, players using shaved bats potentially face serious legal ramifications. Imagine hitting a third baseman in the head or injuring a pitcher on a come-backer with a shaved bat meant to exceed performance. You can expect your personal liability to increase dramatically. In fact, the NFHS has a recommendation on that front:

Our stance at JustBatReviews is that altering your bat through shaving is a terrible and illegal idea. It is also simply unfair, and maybe more importantly, legitimately dangerous.

Is Rolling or Shaving Ever A Good Idea?

Some could argue that many leagues don’t seem to care about modified bats. As well, certain home run derby’s and exhibition matches might encourage the idea. In those instances, we think rolling is not a completely terrible idea. Indeed, the bat does not exceed performance limits, just reaching them sooner. This will, no doubt, shorten the usable life of your composite bat.

Yet, for shaving, we can make no legitimate case it is recommendable. Your personal liability for creating a hot bat is independent of the league’s rules and their enforcement of them.

You can expect serious legal liabilities—many of them potentially criminal—if a player is hurt from a hit off your shaved bat.

Your delusional if you think allowing modified bas for home run derby’s won’t be used in games and tournaments. If they were they’d put stickers on the saying that they have been modified. Bat rolling should be 100% illegal once its left the factory. A guy who goes out and hits and does everything to break in his bat and works on his mechanics should have the better performing bat then a mental midget who goes to his rolling/shaving buddy to have his bat MADE to peak performance. See it from the real players point of view not a seller/manuf/mental midget point of view.

rolling should not be illegal. all it does is get bat at its full potential not enhance it at all. my kid has mechanics. he dont need to hit 400 times. his old bat has many many hits on it. so why swing brand new bat 400 times just to break in when he can get new bat and swing as before. rolling breaks bat in correctly like evenly not just where ball contacts bat. and i agree with john 100% no different then breaking a new glove in so its ready for play.

Why does the bat need to be at peak performance in the first place? Can’t a kid just have fun hitting with a brand new bat rather than making the bats lifespan much shorter?

I actually wish manufacturers would roll their composite bats to make them “broken in” prior to shipment. Why should a kid need to hit 500 – 800 balls at a closely watched rotation to break in a bat to its full potential? At full potential, it has not been “modified via shaving which should be 100% illegal” it is still required to pass a compression test by the league or tournament. Is it really any different than steaming a brand new glove to get it broken in prior to using it in the field? Calling people names “Mental Midget” to get the most out of their fully legal bat is just sour grapes in my book. If it meets the league standards and has not been modified (shaving) by all means go for it. But, if it fails the compression test, it’s DQ’d.