No “Integrity” Earned from USA Bats

The finals of the LLWS are this weekend. The USA and International Championships are on Saturday. The finals are on Sunday. All via ABC. If you are just catching up, here are 7 things we’ve noticed after watching all 28 games leading up to this point. Consider this your primer on the 2018 Little League World Series Championship Sunday.

USA Bats  Create a Game No One Else Plays

The first thing you’ll notice is the game type has changed. Home runs and extra base hits are way down. This is due to the bats. (No doubt, you’ll hear the announcers comment on this a number of times). 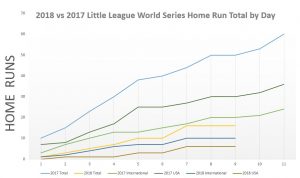 A new bat standard for Little League International was enforced in 2018. USA Baseball INSISTED the new standard was not about safety. In their Q&A when the standard was announced they were asked this:

“Is safety the reason for the change?

No. Youth baseball continues to be one of the safest of all sports for youth participants.”

Instead, they trusted the new bat standard ensured “the long-term integrity of the game.” No one ever quite clarified what “integrity” meant.

You can see all our reviews for these bats in our USA Bat Review section.

“Integrity,” as USA baseball used it in their answer, surely didn’t mean a game that looks more like the Pro or NCAA game. If it meant to then the standard missed the mark in remarkable fashion. The MLB and NCAA hit home runs at a 1.15 to 1.23 per game rate, respectively. After the championships this Sunday, the new bat standard produced 18 home runs on 31 games. That’s just shy of 0.6 per game. In 2017 there were 60 home runs on as many games.

Extra base hits are also at an all time low and the LLWS has NEVER had this many extra inning games (because no one can score). Georgia went through the losers bracket on the US side to the US Championship game and played MORE innings than any team in LLWS history.

You are welcome to like that sort of baseball game. Defense and small ball matters. It’s fun in its own way. Some games, like Hawaii’s 11 inning 2-0 win over Georgia, were epic.

But, in comparison, the games this year look more like a fastpitch game than a baseball game. Fun, no doubt. But, we see no correlation between engendering small ball among Little League, unlike any other baseball league you can see on TV, and the long term integrity of the game.

One controversial idea is simple enough. Move the fences back to their original distance of 205 feet (down from 225). More than a few kids have destroyed the ball this year, with a swing and trajectory that deserve a home run, but still fall 10 or 15 feet short.

If they don’t change the fences then next year will even be less like the MLB or CWS game. The older kids are out…

Notice the 13 Year Olds? Not for Long. 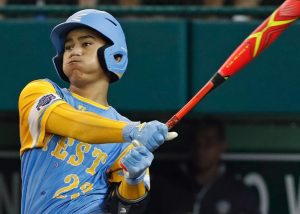 Notice how many of the players in the championship games are 13 years old? About half the kids in this tournament, and the majority of the very big ones, will not be here in 2019. The age change, announced several years ago, finally catches up to the 12 year old bracket.

In some sense this will be good. 6 foot 2 man-childs throwing jet fuel from 46 feet is ridiculous. One kid from Panama was reaching 80mph on his fastball. It’s dangerous and still somehow comically huge–akin to hitting a 105mph fastball from a 9 foot Sasquatch in the MLB level. This isn’t a 2/3 game when pitchers are throwing 90% the speed of MLB guys.

The age change will do this tournament well.

So would moving the mound back 5 feet.

C Flaps for the HUGE Win

You will also see a number of kids wearing a Jaw Guard (aka C Flap).

In April we wrote an article and started a petition asking Little League to require C-Flaps or Jaw Guards. By July, USA Today had picked up the story, asking similar questions. In the name of safety Little League was banning helmets that were attempting to improv safety. (The USA Today article makes this clear enough). It made (and still makes) no sense.

Jaw Guards, previously ILLEGAL in Little League because they didn’t get a red tape certification to be used for safety, were pushed through for a few companies by the time the 2018 LLWS came around.

And thank the heavens they were.

By August the industry (Easton) had C-Flaps for the LLWS and a number of kids started wearing them. Turns out, this Hawaii kid’s life was possibly saved by it. At a minimum his jaw and a couple teeth were.

The biggest loser of the USA Bat change may have been Easton. Granted, this year EVERY company has sold way more LL bats. But, in previous years, Easton absolutely dominated the Little League World Series with their Orange Mako and, before that, S1’s and XL1s. We don’t have exact number but it was north 95% of the at bats.

This year, with a reset of the standard, a few major companies stepped to the plate with offerings kids couldn’t put down—despite a load of free bats from Easton to start the tournament. Easton barely had 50% of the share and, in the Championship games, had less than 50%.

Easton did put together an impressive 2019 line of USA Bats. But, without a doubt, they lost ground to others.

Rawlings, previously a mere blip on the map in the Little League space, has benefited greatly. (At least in terms of eyeballs on their bats in the 2018 LLWS).

Expect to see the Rawling’s Quatro and Quatro Pro several times this weekend. Behind that you’ll see a number of Demarini CF Zen’s and Louisville Slugger 718s & 618s. (We document 2019 USA Bats here).

LLWS Might be the MOST Underrated Sporting Event of the Year

Despite the new bats and orchestrated commercialization of a kid’s game, the LLWS is just a fantastic watch. After 30 games of kids battling it out with their friends against teams across the planet it’s hard not to love everything about it. The dizzying strike outs, the sometimes laughable officiating, the mom’s reaction in the stands, the personalities of kids, seeing some kid’s reaction to 70mph+ at 46 feet. And the celebrating.

These make up just a snapshot of some of the best moments sports can offer–all wrapped up in a team or two you can root for—in an otherwise short game.

Despite all the hoopla created online during the year, not a single wood bat was taken to the plate. As we’ve said all along, composite and aluminum bats are better than wood even if the “standard” is the same. The best players and teams in the Little League space appeared to have figured that out too.

*Since first publishing this article, we had a couple readers tell us that Little League has some barriers to entry beyond just USA bat approvals. This seems, in large measure, both ridiculous and expected. Of course the Little League World series requires more than just USA Bat approvals to be on their TV who. They are judge, jury and executioner. 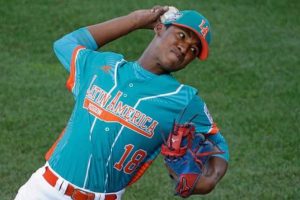 Hawaii is a deserving winner on the USA side. They can clearly play with anyone. In a one game series anything is possible.

But, no doubt, the International side of the bracket has 5 teams (Panama, Mexico, Japan, South Korea, Puerto Rico) that might be better than any team on the US side in a prolonged series. 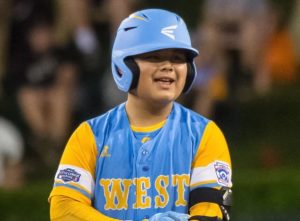 There are a few remarkable players on the US side. We wish there were some sort of all tournament team players we could vote on. After watching every game on the US side, here would be our top 7 votes. Count this as the Bat Digest LLWS Valuable Player’s Award. 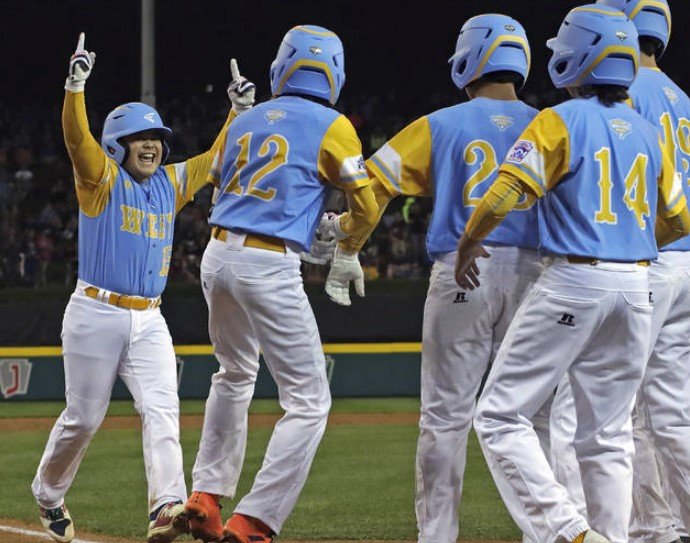