Here’s a question we got from a reader

I’m looking for a good first BBCOR for a 5’ 10’ 155 lb 8th grader. Because of cold weather in Ohio, He has swung mainly hybrids in the past and a few one-piece aluminum. He swung a 31/26 USA last year. He tends not to like the one-pieces because of vibration. The bat guide says to get him a 32 inch in BBCOR, but I didn’t know if it would be too heavy? Any suggestions for what bat to buy and the length? Thanks for your time.

In short, yes. We think the 32/29 will be the right size bat for most 13-year-old BBCOR players—even though it is a considerable jump from last year. Note, we suggest you focus on a lighter swing weight bat—but keep it in the 32-inch range. (You can see the full write up on swing weights at our best BBCOR bats page for 2020.) If you want a specific recommendation, then we say check out the Quatro Pro or DeMarini CF in a 32/29 for a type of swing weight he can handle.

Read on for more details about why.

Although we won’t draw a hard line, we think any bat as light as the Voodoo One and less will feel right at home for most first time 13-year-old BBCOR bat players. Of the five we see in that list below, assuming he doesn’t like the feel of a one-piece, we’d suggest the Quatro Pro or CF. 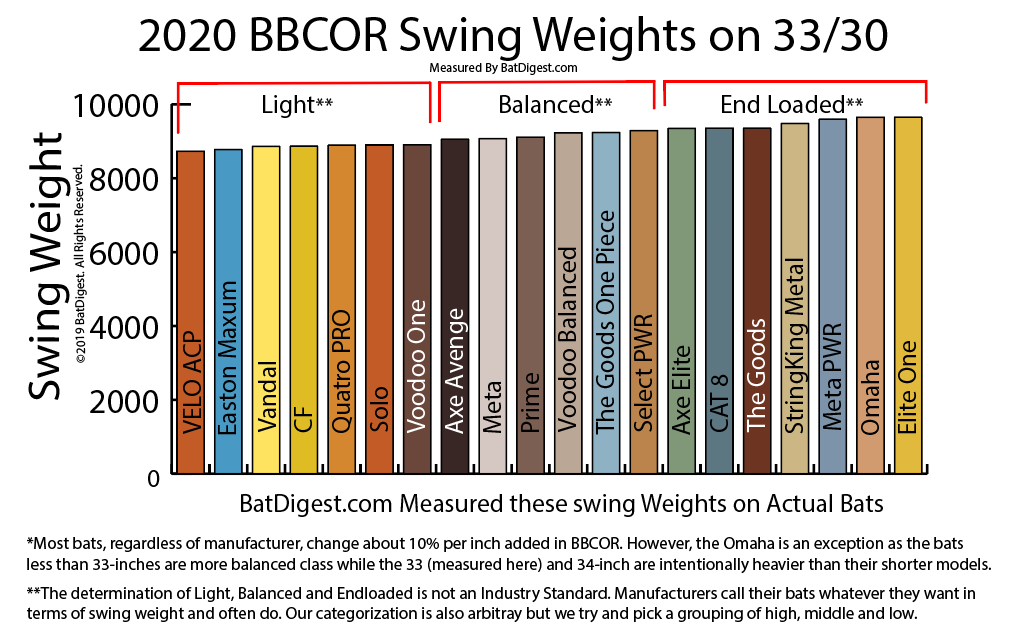 For whatever reason, most hybrid BBCOR bats have a higher swing weight. Bats like the Select and The Goods are hybrids but will swing heavier than what your boy probably appreciates.

If you are searching for this question, you’ve likely run across every suggestion on the planet. We show this line from the bat size charts we found on the internet for 13-year-old BBCOR players on our bat size chart.

Our 32/29 data comes from the survey we did of 13-year-old BBCOR players. We found that the 32/29 was the most common size, and those players indicated it was the right size bat for them. (That is what the green circle, instead of the yellow or red, means). Every 13 year old thought their BBCOR bat was the right weight except for those who went extra small in a 29/16.

Bat sizing is a tough one, and the jump to BBCOR is hard. We’ve coached a few through the process and found, although it takes a bit of getting used to, the light swinging 32/29 BBCOR bat for an averaged size 13-year-old will do the trick. If you’re still not convinced, then go with a 31/28. 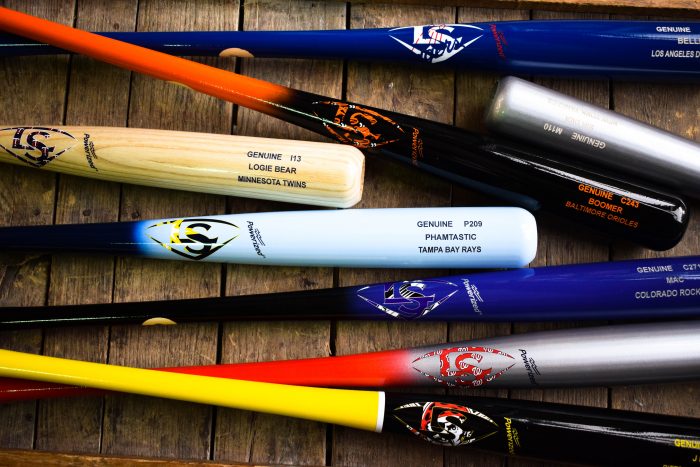