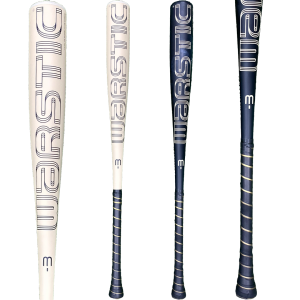 
The Warstic Bonesaber is a BBCOR and USSSA single piece aluminum bat with a unique and much loved tapered handle.

We used three different hitters on the BBCOR Warstic Bonesaber. All think it is one of the best feeling single piece aluminum bats on the market. The tapered handle makes a real difference, and the barrel performance felt as good as any aluminum BBCOR bat on the market. Warstic’s distribution isn’t like other companies, and the price point on the Bonesaber is pushing it. But, if you’re looking for a top-end single piece aluminum bat with a fantastic design and feel, then the Warstic Bonesaber for 2020 deserves all your attention.

Although not inexpensive, the Warstic Bonesaber is a standout bat in a field of ‘meh.’ The single-piece aluminum BBCOR field is as stale as rocks. Although bats like the Omaha, 5150, Solo, and Alpha have very little to contrast, the Bonesaber is a bat that makes you pay attention. The bat is for the serious player that likes the stiff feel of a single piece aluminum and wants a wood-like feeling in the handle. Big and elite hitters will love the Warstic Bonesaber.

Our only major complaint is the price point. At $329 for a single piece of aluminum, it is asking a lot. Of course, the tapered knob is unique and proprietary. But, when comparing a $199 bat in its class (like the Omaha), it will be difficult to convince most the $100+ extra is worth it. If it is for you is a question we just can’t answer.

Warstic Amazon eBay JustBats
The Warstic Bonesaber is a single-piece alloy bat with a balanced swing and a unique tapered handle. The barrel profile isn't amazing, but the bat feels great, and if you can square up a ball consistently, you'll love the feel and performance of the bat. It's a stiff feel as most single piece alloy bats are, and the range of sizes makes a reasonable option for hitters looking for something unique. There is a black and cream-colored one---both are the same bat but for the color scheme. As well, previous versions of the bat have changed the color design only.
Sizing: 31, 32, 33, 34-inch
Release Date: September 1, 2020
Serial: WSAD21BS
Bat Type: Single Piece Alloy
Barrel Size: 2 5/8
See other BBCOR Bats

In terms of the handle, Axe bats also has a unique shaped handle. In some ways, they feel similar. Both give more girth in the bottom hand for more contact area. The Warstic Bonesaber, however, is not asymmetric like the Axe handles. Instead, it uses a more traditional flare, as you might find on wood bats. In other words, if we had to choose the most similar bat compared to the Bonesaber, we’d go with the Axe Elite. It, too, is a single-piece aluminum bat with a unique knob, not unlike the Warstic Bonesaber.

The 2020 version of the Bonesaber is the first iteration of the bat. Warstic did release the BBCOR version before the USSSA versions, but they are mostly the same bat with the same colorway and tapered knob design. 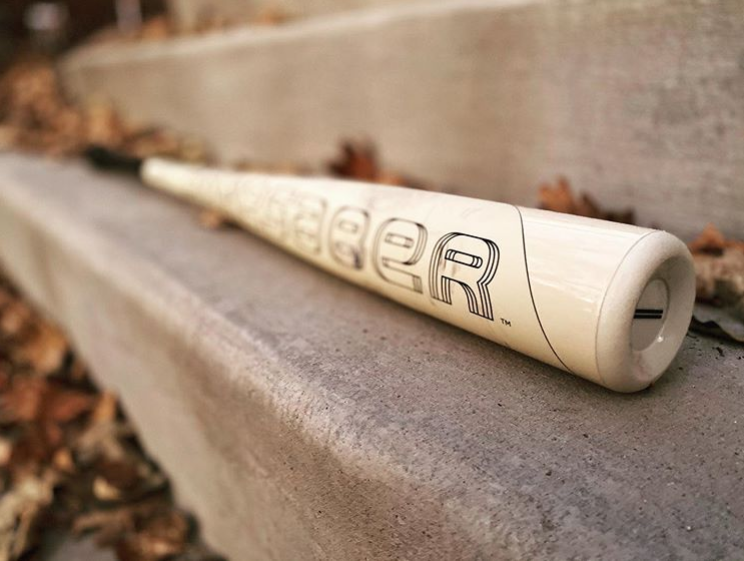 As we stated above, the 2020 Warstic Bonesaber is a single-piece aluminum bat with a balanced swing weight. The bat’s most unique feature is the tapered grip.

My son has used the 2019 5150 Nucor for a little over 2 years and absolutely loves the bat. He thought he wanted a new bat last year so we went with the Cat8. He used it for a week and went back to the 5150. He now wants the Warstick bone saber. In your review you mention the 5150 2019 but no comparison to the 2 bats. What is your opinion of the 2 bats. What’s the difference?

Hey Rick, Thanks for the question. In terms of performance, the 5150 will swing heavier than the Bonesaber. The barrel profiles are pretty similar. The biggest difference is, of course, the handle design. Some of the hitters we talk to and see hit really like the Bonesaber, others not so much. But, in terms of overall performance (i.e. Exit Speeds), both the 5150 and Bonesaer will treat you well. Hope that helps and thanks for reading.

My son moving from
The 2020 Velo Acp to the 2020 bonesaber. 33/30 junior in highschool. How much should he be worried about hand stinging with the Bonesaber? Do the negative reviews bout hand stinger out way the pop of the bone saber. Currently also thinking bout the 2021 solo and voodoo one.

Compared to the VELO, the hand sting should feel close to the same, we didn’t find much difference between the two. Both don’t feel anything like two-piece bats. The problem with the bonesaber is the barrel profile. The smaller barrel profile means there are more spots on the barrel that don’t feel as good. But, it hits the ball as hard as any if you can square it up. In terms of pop, you’ll find all the BBCOR bats perform pretty much the same. It’s really a function of dialing the right swing weight.

Of all those you listed, we probably like the Voodoo One the best but, again, they’re all good and can do some damage in the right hands. Each of those you list, including the Solo, also have very similar swing weights. So, we think it’s swatting at gnats at this point. If he really likes that handle on the Bonesaber, then go for it. Some of us love it, some not so much.

Hope that helps put you in the right direction and thanks for reaching out.

I’m interested in warstic, but having problems deciding on Bonesaber or Gunner in a drop 10.

They both use the same material in the barrel, so the performance will be the same. The difference is in the knob and the slighter lighter swing the Bonesaber has when compared to the Gunner. Hope that helps!

If it helps, he is moving up from a Cat8. Leadoff hitter, with gap power.

Do you happen to have the swing weight calc on the BBCOR Bonesaber. Thinking of picking one up. Also considering the Solo and Vandal so wondering just how much heavier the SW is in comparison to all the others you included in your 2020 SW chart.

Any idea where the Warstic Bonesaber BBCOR 33 inch falls in the swing weight chart?

The Bonesaber in a 33-inch BBCOR has a swing weight of 9300. That’s about 100 points or so above the average 33-inch BBCOR. We’d consider it a balanced+ swing.

Hey Guys, Wanted to see if you had any data on the Warstic Bonesaber from your hands on video. I know it is marketed as a balanced bat, but from your experience would you say it is on the lighter or heavier end of balanced? Concept intrigues me for my HS kid – he likes one-piece bats with goofy handles – like Axe, so wanted to see where this shook out relative to others in the balanced category. Any input or data you can provide is greatly appreciated.

We measured the 33-inch Bonesaber and found it just a bit over the average 33-inch BBCOR bat. We’d consider it a balanced+ bat in terms of swing weight. If your boy likes single piece alloys with a different feeling handle then our guess is he’ll have a lot of fun with the Bonesaber. We like it a ton and, personally, it is one of my favorite BBCOR bats to hit.