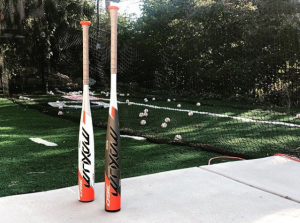 Surprising. Impressive. Easily the biggest surprise of all 2020 Baseball bats is Easton’s new Maxum. It replicates the old Combat Maxum well with a huge barrel. The ultra-light swing in BBCOR and its outstanding exit speed make it one the best BBCOR bats for 2020. The USSSA versions of the bat are no joke either and should put Dirty South Bats on its heels a bit. Huge barrels and light swings go a long way in the youth space, and the Maxum is a great pace changer from the overdone two-piece composites in the market.


Like year’s past, the Easton Maxum is loved for its massive barrel. In some respects, it is the model that Dirty South Bats built their successful yet young company from. That is our sentiment, not necessarily theirs. It is a single-piece bat so that you can expect some ring in the hands-on mishits. As well, the barrel swings ultra-light and, if you’ve never held a Maxum in hand, will be surprised at the size of the barrel. It is ridiculous.

Recommendations for the 2020 Easton Maxum stand close to where the Maxum was recommended in 2018 and previously. It is made specifically for hitters that want a balanced swing and the largest barrel space per swing weight on the market. It will ring the hands more than most two-piece bats so, if that bothers you and you don’t quite barrel the bat up every time, you might want to look elsewhere. Although too early to tell on durability, the Maxums of old had surprisingly good durability for as huge and thin as they are made for performance. We will keep tracking. 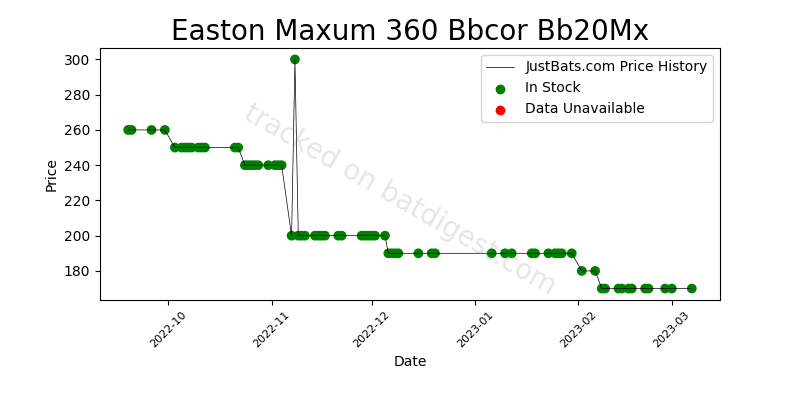 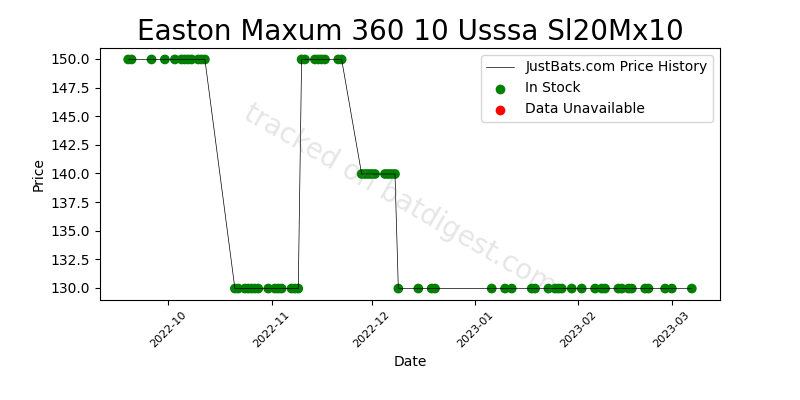 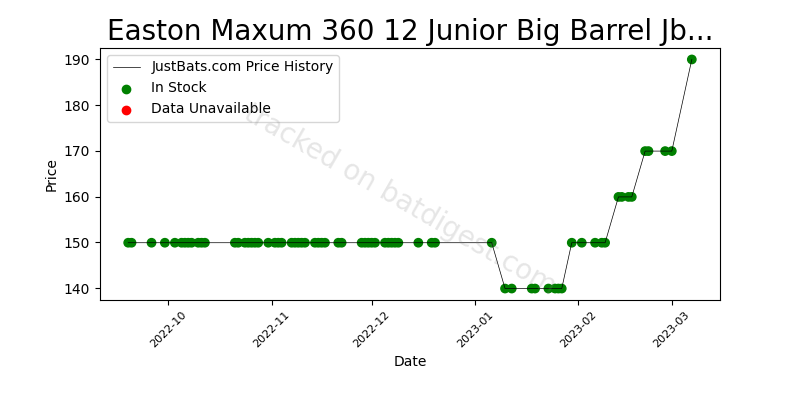 In USSSA, you have a few options. We’d argue the most similar bats are Sluggers’ 2020 Prime One, Dirty Souths Line of USSSA bats, the Rawlings Threat, and Marucci’s CAT composite. In terms of sizing options, the Easton Maxum has them all beat. If a drop 10 is where you’re looking, then you’ll have several options.

There was no 2019 Combat. A major vendor bought all of the inventory when Combat when defunct and kept selling them new during the Maxum drought—even honoring the warranty if something went wrong. This is the first year Easton releases a Maxum. In large measure, the bat looks super similar. Combat loved the idea of a seamless composite structure, the bat’s weight is committed to a balanced swing, and it still comes with a Lizard Skin—just like the Maxum of old.

Only time will tell in terms of its actual performance compared to a 2016, 2017, or 2018 version of the Combat Maxum. Although it will be hard to pass up if you are an Easton fan, we expect that the Easton Maxum and Combat Maxum of days gone by are remarkably similar.

The 2020 Easton Maxum is a bat made from a single piece of composite. They use a seamless piece of plastic that allows them to have an absolutely massive barrel. Easton claims to have added some of their 360 techs to the bat, but that might be some marketing speak to help fit it into the 2020 line of “360” bats. The composite is ultra-light, and you’ll notice that right when you pick it up. From the drop 12 to the drop 3, every size of Easton Maxum is built for light swing weight. Expect a custom Lizard Skin on each one too.