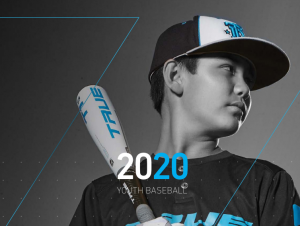 We write this review after several hundred swings on the T1 and T2 bats of TRUE Baseball Bats fame and talking to well-known vendors who sell TRUE. We measured exit speeds, swing weights, and gathered player feedback from their top-end balanced T1 and end-loaded T2 hybrids for both USSSA and USA. We’ve never seen a bat company come to market as prepared as TRUE Baseball. These bats are ready to compete in a very competitive market. Their half-inch sizes make them unique, and TRUE Baseball Bat’s message is clear: using the right size bat in youth baseball is all the difference.


Our hitters like the half-inch sizing options.  Considering they had never heard of TRUE Baseball, they were surprised how the bats often graded out as well as more well-known bats. Although a few bucks more than the bat we though it the most like (the DeMarini Voodoo balanced), the T1 and T2 held their own. The half-inch sizes could make all the difference for the right hitter looking for a hybrid bat with a dialed-in swing weight in the USSSA and USA drop 10, 8, and 5 space.

At its core, the T1 and T2 bats are hybrid bats (composite handle and aluminum barrels) with good sized barrels and legitimate exit speeds. But in our never-ending quest to separate fact from fiction, we urge you to keep reading.

The significant advantage of TRUE Baseball bats is their ability to cover nearly every aspect of the swing weight chart. The T1 is the balanced version of the bat, and the T2 the more end-loaded version. Both T1 and T2 lines come in a drop 10, 8, and 5 as well as half-inch sizes on a sizeable range of bat lengths.

The DeMarini USSSA Voodoo Balanced, for example, comes in only nine different sizing options across its drop 10 and drop 5 USSSA options (it doesn’t have a drop 8). The T1 USSSA comes in twenty-four! The USSSA T2 adds another nineteen. (Those numbers might not be precisely accurate, but our point stands because we lost count at some point).

The USA versions have the same disparity. You can find only 8 different sizes in the USA Voodoo but something like 672 (or something like that) in the T1 and T2.

If a dialed-in swing weight in the Hybrid youth bat space is your cup of tea, then the TRUE baseball bats are worth a close look.

Just so we are clear, the TRUE Baseball line of T1 and T2 bats are not offering swing weights that are not available in other USSSA bats. See, for example, the range of USSSA swing weights provided in and around the 31/21. (We show a couple of the TRUE bats on this list. But, with their numerous sizing options, you can basically dial in a TRUE T1 or T2 to match any swing weight of any bat on this list).

What TRUE baseball bats are doing is offering their bat in more swing weights than any particular model—and it isn’t even close.

Hybrid bats (like the T1 and T2) come with composite handles and an aluminum barrel. The single-piece T-Star and T-Double-Star are single piece aluminum bats.

Most who prefer aluminum barrel bats (like all TRUE bats) prefer their durability and hot out of the wrapper nature. Aluminum barrels often swing a bit heavier than similarly sized composite bats and their barrel profiles are usually smaller. However, they are also less expensive to make and, in most cases, buy.