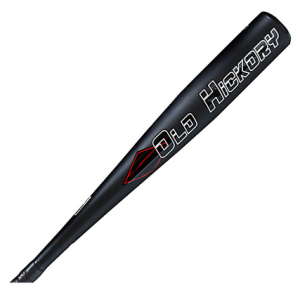 Old Hickory makes an impressive line of wood bats. At least guys like Mike Trout, Yasiel Puig and Paul Goldschmidt would tell you so, and I don’t see anyone disagreeing with them. Their wood bats are good and will continue to be.


Recently, building on the success of their wood bat line brand,  Old Hickory has released a BBCOR all aluminum alloy bat into the market. It is called the 9914 BBCOR Aluminum Old Hickory Bat.

Old Hickory enters the market the same time other big players are also: Adidas and the EQT line and, what I am deciphering in the Instagram leaves, a possible Evoshield bat.

We recommend to buy the Old Hickory BBCOR bat for those who: Have an unlimited budget and want a BBCOR bat with the same brand that Mike Trout Swings.

We DO NOT recommend the Old Hickory BBCOR bat for those who: Are looking for a good value in a one piece aluminum bat; Want a two piece bat; Want a hybrid bat; Need a composite barrel; are on a budget.

From the description on Old Hickory’s site, we learn the BBCOR bat is a one piece aluminum alloy bat made from “series7” aluminum.  The site also claims the bat ‘Redefines BBCOR Performance’ and is a balanced swing feel with Old Hickory’s own soft grip. You can buy the bat for $300.

I’m not trying to make any enemies at Old Hickory, but a $300 bat for a one piece aluminum alloy that, quite technically, both doesn’t and isn’t allowed to “Redfine BBCOR Performance” does not seem all that attractive. I can’t think of another one piece full aluminum bat for $300 even from those companies who have proved they can make a dang good aluminum one piece: Easton, Slugger, DeMarini…to name a few. Even Marucci’s much anticipated CAT 6 BBCOR is $249 out of the gates and that is the priciest one I can find.

It’s not like Old Hickory is the first to the market with a balanced feel bat either.

Look, I haven’t swung the bat yet so I will hold my tongue any further. The bat may very well surprise me if I can ever find someone who bought it (and I suspect that is a pretty big if).

But I am confident Old Hickory didn’t invent a new type of aluminum that redefines BBCOR standards nor is the bat’s balanced feel any different then the other twenty on the market you can get for much less. In other words: #hatersgonnahate.

I suspect Old Hickory is trying to capitize on their name brand with metal BBCOR users who will pay whatever to swing the same brand as Mike Trout. And there is nothing wrong with that approach—if the demand is there, as a company, you should fill it. But until proven otherwise, we just don’t consider the new BBCOR Aluminum Old Hickory as a serious attempt in the metal bat space.