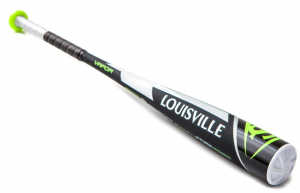 With few exceptions, we do not review budget non-performance bats on this site. However, some bats are popular enough and in particular, appear in searches on our site enough, that we feel we must provide some insight for those looking. Slugger’s Vapor is at the top of the list due to its distribution. It is a good, but not great, bat. Those looking for a deal and a cheap bat to get through the season will like it. Note, too, in the USA space it is a heavy swinging bat at a drop 9 so don’t expect it to feel like other more expensive drop 10 bats.


In short, this 7050 alloy bat is the same bat you can buy from a number of different brands at big box stores for under $90. There is nothing special about its barrel size or construction in the youth, BBCOR or slowpitch softball realm.

The only compelling feature of the bat is that Louisville Slugger produces it, and you pay a premium for that. In terms of performance and durability, there is no difference between any other budget 7050 alloy bat found hanging in WalMarts across the country.

On this site, the only other budget bat we have reviewed is the Easton S50. In terms of durability and performance you can expect the Vapor and S50 to be similar. However, the sizes may not be fully comparable.

In the aisles of WalMart, you’ll find roughly every bat you pick up to be very similar to the Vapor. Look closely at the writing on the side of the bat and if it says 7050 alloy construction then you can bet it performs the same as the Vapor.

Slugger makes no real determination between the Vapor in terms of year it was manufactured. There simply haven’t been any changes in the bat for a few years, so the 2014 is the same as the 2016, for example.

Each year is a very simple 7050 alloy bat in a single piece form. It has no particular technology that helps dampen sting or add power to your pop. It does pass required standard performance tests in baseball and softball, but we have no expectation it comes close to meeting them.