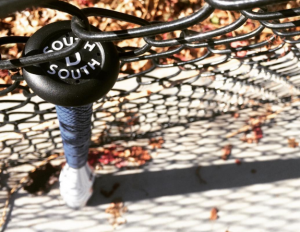 It’s rare for a bat company with very little market presence to be able to come up with the funds to create a legitimate performance bat in the highly competitive big barrel space. But with a specific focus on full composite bats, we dare say Dirty South has done it. The Swag is a real improvement on the War and any hitter looking for lots of power from one of the bigger sized barrels on the market and can deal with the reverberations of a one piece composite shouldn’t hesitate to get their swag on.


We spent several hours in the cage and on the field comparing the Dirty South Swag big barrel bat to others in its class—as well as its counterpart the Dirty South War. We found the bat to produce exceptional power along the length of the barrel and possess a light swing weight that most younger players should appreciate.

As such, we’d suggest the player who prefers (or needs) a light swing weight, prefers the power of a one-piece composite (which may come at the cost of some additional hand sting), and is willing to try a bat a bit off the beaten path, to move the Dirty South Swag big barrel bat to their very short list.

After a half dozen baseball players used the stick in a game and another half dozen in the cage, the general feedback we received on the Swag was overwhelmingly positive. Many of those same players have also used the Dirty South War bat and consider the Swag a better bat due to the softer grip, larger barrel and, potentially, the fact it is the ‘newer’ version.

From a more clinical perspective, the bat’s increase in barrel size from the War is noticeable in the drop 10 and drop 12 versions and worth the upgrade. The standard grip does have more cushion when compared to the War. The long barrel of the Swag bat reminds us a lot of the 2015 Combat Maxum—which is a very good bat of which to be reminded.

Dirty South Bats
After a half dozen baseball players used the stick in a game and another half dozen in the cage, the general feedback we received on the Swag was overwhelmingly positive. Many of those same players have also used the Dirty South War bat and consider the Swag a better bat due to the softer grip, larger barrel, and, potentially, the fact it is the 'newer' version. From a more clinical perspective, the bat's increase in barrel size from the War is noticeable in the drop 10 and drop 12 versions and worth the upgrade. The standard grip does have more cushion when compared to the War. The long barrel of the Swag bat reminds us a lot of the 2015 Combat Maxum---which is a very good bat of which to be reminded.
Sizing: 29, 30, 31, 32, 33-inch
Release Date: June 1, 2015
Serial: DSBSWAG15
Bat Type: Single Piece Composite
Barrel Size: 2 3/4
See other Drop 10 USSSA Bats

There are just a few bats in the big barrel space which come in a full composite one piece. Most comparably, the 2015 Combat Maxum is much like the Dirty South Swag. Those not wanting to spend the type of money the Swag and Maxum go for may want to check out the 2015 Louisville Slugger Catalyst or 2015 Marucci Hex Composite.

By way of barrel size, the Maxum takes the cake with the Swag not far behind. Then, the Hex Composite followed by the Catalyst. Do note, however, that each different length and drop in those particular lines are unique unto themselves by way of official barel size—-so such barrel size ordering may not hold true for each SKU.

We’ve swung every baseball, softball and fast pitch bat in the performance space since the middle of 2013. We’ve reviewed hundreds of bats, both softball and baseball. We’ve also spent countless hours with baseball and softball players watching them hit with different types of bats and getting their direct and unfiltered feedback. We’ve also spent hundreds of hours discussing bat products directly with the manufacturers.

As well, we don’t sell bats as a producer or a vendor. Our business is not in creating hype around any particular model with any particular price point and marketing scheme. We don’t imply this means we have no biases—all baseball and softball players do. But we can say our livelihood does not depend on you preferring a particular brand of bat that we review. Our bias, rather, is in creating solid content which bring the hoards of little league, high school and collegiate players (along with their parents) to this site to read reviews and, occasionally, click on an ad when they find it of interest. That process, we believe, goes more smoothly by providing real facts on your bats—not any particular marketing pitch.

The Dirty South Swag bat is a one piece composite stick produced with an over-sized barrel. Feedback on the hands (i.e. sting) is also more noticeable on mishits due to its one piece construction, but the power you get from a one piece is, for the right hitter, a fair trade off.

Dirty South also claims their compression along the entire length of the the barrel (from taper to end cap) is close to equal. As such, performance along the entire length of the barrel is equal and creates a sweet spot the size of the entire barrel. Or, as they may soon be calling it, a “Sweet Barrel”. This application would be in opposition to bats which peak out their compression rates in the center of the barrel and taper downward as it gets away from real ‘sweet spot’.

While more goes into the performance of barrel than its actual compression numbers, we do like the idea of a sweet barrel—and can confirm the Dirty South Swag does indeed have one.