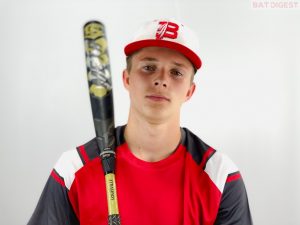 In June of 2020, Slugger releases the 33″ version of the 2021 Meta. This is mainly meant to replace the 2020 33″ which was made illegal. Expect to see the remaining sizes of the Meta in October, when Slugger releases the bulk of their BBCOR bats. You can check Slugger’s 2021 Meta page here for available sizing.


We’ve yet to speak to a high school ballplayer who didn’t love the Meta. Now, they may have liked something a bit better—like The Goods or the value buy like the Omaha. But, every player who swings the Meta loves it for its big barrel, balanced swing, and huge sweet spot. For three years running the bat has dominated best BBCOR bats lists for a reason. Of the few complaints, the largest is that it isn’t cheap and doesn’t come in non-BBCOR styles. As well, it is a light swinging bat so very much not made for big-time hitters. The Meta is the ideal bat for the average to above-average High School ballplayer.

We’d recommend the 2021 Meta to those who like a balanced swing and want the biggest barrel in the game. It also has a slightly stiff feel when compared to other two-piece composites (namely the Rawlings Quatro and CF). This more rigid feel, we think, is what sets it apart from other two-piece bats and gives it that extra pop at the plate.

If budget is no issue, you are an average to an above-average base-hitter type, and you’re looking for a new BBCOR bat you really can’t go wrong with the 2021 Meta. Of course, if you’re going to spend that much money, we suggest you make sure you buy from a certified vendor so that the warranty is intact for the full year.

Slugger Amazon eBay JustBats
The 2021 Louisville Slugger META in BBCOR is a near-perfect bat. The only thing it lacks, we think, is a smaller 30-inch size. Otherwise, the balance, barrel size, feel and performance are all on point. The 2021 Slugger META in BBCOR is for big hitters who like as much stiffness as possible in their BBCOR bat won't appreciate the Meta. Those who need bat speed, want a huge barrel, and want a great blend of giving and power in the connection piece will like the 2021 Meta. This bat swings about 10% lighter than the 2021 META PWR.
Sizing: 31, 32, 33, 34-inch
Release Date: September 15, 2020
Serial: WBL2463010
Bat Type: Two Piece Composite
Barrel Size: 2 5/8
See other BBCOR Bats

Slugger Amazon eBay JustBats
The drop USSSA Louisville Slugger META is all we ever wanted in a drop 10. It's a light swing, big barrel, and a stiff enough connection to feel different than the CF. It also has really good performance and competes with the best in the space. Although demand for doesn't quite match the more popular Marucci CAT 9 USSSA series, it paces real close to the popularity of the CF which has defined the space for more than half a decade.
Sizing: 27, 28, 29, 30, 31, 32-inch
Release Date: September 15, 2020
Serial: WBL2467010
Bat Type: Two Piece Composite
Barrel Size: 2 3/4
See other Drop 10 USSSA Bats

Louisville Slugger Amazon eBay JustBats
The drop 8 in Louisville Sluggers 2021 Meta line is a near-perfect bat. In fact, we can't think of anything we would change other than the price. It's got a huge barrel, swings light enough for that bigger drop 10 kid in the 10U and 11U space can wield it without issue, feels fantastic, and can hit the ball with the best of them. When all is said and done, we think this might be the best drop 8 USSSA bat for 2021---although bats like the CF and Marucci CAT 9 are right there too.
Sizing: 29, 30, 31, 32-inch
Release Date: September 15, 2020
Serial: WBL2468010
Bat Type: Two Piece Composite
Barrel Size: 2 3/4
See other Drop 8 USSSA Bats

In the BBCOR space, there are plenty of two-piece composite bats. However, few have come close to matching the hype surrounding the Meta. Our favorite two-piece composite bat for 2020 not named the Meta is Easton’s ADV 360. The ADV tends to a little stiffer connection like the Meta, while bats like the 2020 Quatro and CF have so much given it’s hard to generate the type of power you’d expect.

To make sure the 2021 Meta passed the ABI test that the 2020 Meta failed mid-season, Slugger redesigned the sleeve inside of the bat. Now, instead of a single sleeve, they split it into two smaller ones. These sleeves, we were told, are not performance governors. The 2021 Meta got the same exit velocity scores as the 2020 Meta in testing. Instead, it helps the 2021 Meta pass the ABI test (accelerated break-in test), which is where the 2020 version failed. In short, the ABI test measures if a composite bat will break before it exceeds the limit (it should break). The division of the single sleeve into two smaller ones solved the ABI test issue.

That said, the two sleeves also added more weight to the bat. But, to keep it within a similar swing weight, the 2021 Meta has a redesigned end cap. This new GT1 is the lightest end cap Slugger has ever put in a BBCOR bat.

The 2021 version updates to a lighter end cap and changes the sleeving inside the bat. Instead of one sleeve, it uses two smaller ones to pass the ABI test (which got it in illegal territory for during 2020). The double sleeves instead of the one single larger sleeve are on every size (31 through 34-inch) of the 2021 Meta.