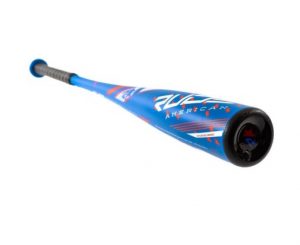 Rude American produced some new 2020 version of the MOAB. Of the most prominent note, they also added a drop 10 USA bat to the lineup. That USA Bat Rude American was long anticipated. On the whole, Rude American makes a good 2020 single piece aluminum bat. Their Speed and Power  Engineered bats (moderately light and moderately end-loaded) feed the base and heavy hitter. We found that bigger hitters preferred the single piece Power versions of the bat as much as other bats of its class. Smaller hitters who like balanced bats still prefer non-single piece aluminum bats.


Strong and talented hitters can make any bat look great. Great bat speed and a strong swing fit right at home with end-loaded single piece aluminum bats. Those types of hitters who swung Rude American bats loved the Power Engineered USA, USSSA, and BBCOR version. Balanced hitters in any class and talent level tended away from the Rude American for two-piece bats.

For big hitters with a ton of talent, we think the Rude American bat is a potential good fit. In BBCOR, the price is within $100 of the Omaha—which our hitters thought was comparable. If you’d like to spend a few more bucks to get something unique in that single piece realm, the Rude American might be your ticket.

The same goes for USA and USSSA versions of the Rude American. Big and talented hitters could like the single-piece aluminum Rude American bats in the Power Engineered. If they were up for spending between $50 and $100 more for the MOAB than a bat like the Voodoo One or Velo, it could be a real fun fit.

Aluminum bats are stiff. Although that does transfer more power to the ball, in theory, it makes the middle of the road or worse hitters prefer two-piece bats. If your bat speed is still progressing, then we guess it likely you’ll choose a two-piece bat. The Rude American might serve as an excellent cold weather bat. But, at $299, you’d have to have little regard for the budget.

Also, in our swing weight tests, we found the Power and Speed versions of the bat to only be moderately light and moderately heavy. Don’t expect a crazy end load or the most lightweight bat on the market with those two. They are happy mediums, we thought.

We think the most comparable bat is either the BBCOR String King, BBCOR, or USSSA Warstic or, if you want a more widespread bat, Slugger’s Omaha in every league. As well, Rawlings Velo and 5150 and Easton’s Alpha are comparable too.

There isn’t much to differentiate between single-piece aluminum bats. Every bat company claims they are as close to the limits as possible (although none release their test results). We find that great hitters can make any of those bats mentioned above sing.

Generally, with a single-piece aluminum bat, you can expect a durable stick that is as hot out of the wrapper that it will ever be. You’ll get that with the MOAB Rude American.

The most significant change in the 2020 Rude American line up is the addition of a USA bat. The drop 10 USA bat is a welcome addition to a struggling class of bats that lack any real powerhouse. The field is wide open.

The Power and Speed versions of the 2020 Rude American are more moderately weighted than previous iterations. There is also a claim they added some sort of sting dampening tech in the bat, but we couldn’t verify that. They felt much like previous years in terms of hand sting. But maybe we missed something.

The 2020 Rude American Moab is a single-piece aluminum bat that comes in a Power and Speed Engineered versions. The Power is end-loaded, and the Speed is balanced. But don’t be fooled. End loaded here doesn’t mean overly heavy. It’s merely above average swing weight vs. a moderately light swing weight in the Power and Speed, respectively.