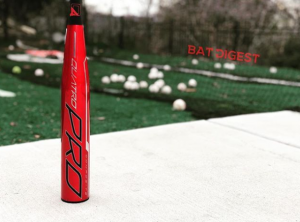 Our 2020 Rawlings Quatro Pro review consists of hitting with the USA, USSSA and BBCOR versions of the bat. Our hitters thought the USSSA and drop 10 USA versions are highly recommendable. The BBCOR version, one of our favorite BBCOR bats in previous years, fell short this year with its feel and performance lacking compared to the 2019 and 2018 versions. The Drop 12 USA version is terribly light, maybe too much so, and sounds broke–although it’s exit speeds were decent for a drop 12.


Our hitters liked the big barrel, and length afforded by the drop 12 of the USA bat as well as the sound of the new 2020 Rawlings Quatro PRO BBCOR Bat. The USSSA bat also got good marks. The Lizard Skin Grip, looks and barrel size were helpful too. One of our main hitters is a HUGE Quatro BBCOR fan and thought the 2020 Quator PRO felt just like the 2019 Quatro. It should as it is, pretty much, the same bat.

The barrel is massive on the USA versions of the bat. The drop 12 gives is a remarkably light swing and, by our measurements, it is the largest barrel per swing weight on the market. It reminds us of the old Combat barrels. The massive sizing options in each league (USSSA, USA and BBCOR) give plenty of serious hitters a chance to find their right Quatro Pro.

Those who need more length due to weight restrictions should really like the drop 10 type feel this drop 12 bat has. 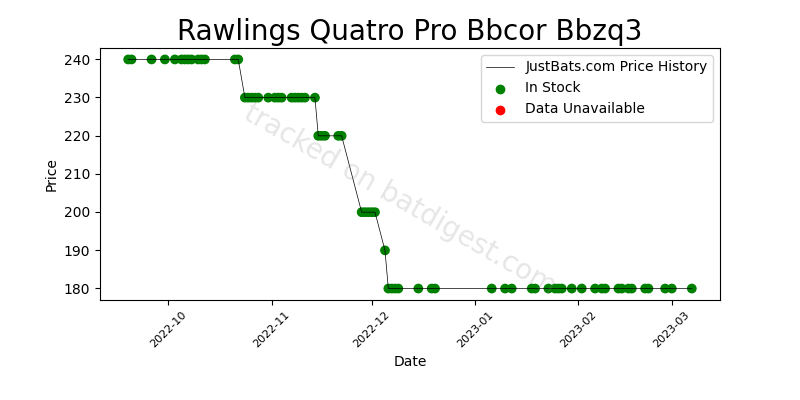 In terms of a drop 12 two piece composite you won’t find another bat in the USA space. There are not any. However, there are some drop 12’s but those are single piece bats. Look for something like the Rawlings Threat or Easton Hyperlite.

In the BBCOR, USSSA and USA non drop 12 space you can find a lot of similar bats. We like the CF Zen series from DeMarini and the Ghost Evolution series from Easton. Of course Slugger’s 2020 Prime and Meta series play well too.

In terms of a drop 12 USA Quatro Pro the 2020 version stands alone. 2019 didn’t product a drop 12 USA Quatro. But, the drop 10 and drop 8 models come Lizard Skin stock grip and all the upgrades found in the 2019 version of the bat. It comes with multiple discs in the barrel to expand the barrel to be absolutely massive. The USA version of the Quatro pro has been available since April of 2019.

In USSSA the Quatro Pro useas a new end cap as well as the new stock Lizard Skin grip.

BBCOR versions have the same changes as the USSSA version. The 2020 Quatro comes with the 2019 barrel which was upgraded from the 2019 version.

If the upgrades in the USA version hold over to the USSSA version you should expect a much bigger barrel and the Lizard Skin grip. The larger barrel is created by the use of multiple smaller discs in the barrel versus the one longer one they used in the 2019 and 2019 versions. Discs in barrels is not a new thing and something many fastpitch bats have been doing for years.

We are hopeful, considering its our favorite, they keep the BBCOR bat much the same.

The Quatro Pro USA Bat uses multiple composite discs in the barrel to help expand the sweet spot and expand the durability. This is an upgrade compared to last year’s model which used a single disc.