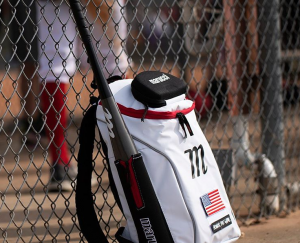 
Like all the CAT lines before it, our hitters love the huge barrel, stiff feel and smooth feel on both hits and mishits with the Posey28/Cat 8 lines. Since it is no different than the 2020 Cat 8, they liked it the same. A couple of non-Posey fans didn’t care for the design. Seriously, how can you not like Buster Posey? But, all the others thought it was fantastic.

If you want a stiff feel on a loud sounding single piece the Posey28 should treat you really well. The CAT 8 line is remarkably popular and all types of hitters, especially strong ones, love the power found in the Posey28. That applies to both the USSSA and BBCOR versions of the bats. Our hitters preferred the heavier drops in the USSSA–so the drop 8 and drop 5 over the drop 10 which they thought rung their hands a bit more. But, the market is in love with the drop 10 enough for us to think our hitters commentary was a bit off on the drop 10.

Obviously, the CAT 8 and CAT 8-Black are very comparable bats. So comparable, in fact, that they are exactly the same save the colors.

But, if you want to go outside the Marucci line of bats then consider a bat like the Slugger Omaha. The Omaha does not get as much pub, but it does get a lot of love from NCAA players. It is stiff like the CAT 8, has a decent sized barrel (smaller than the CAT in BBCOR and USSSA) but can hit rockets like the CAT/Posey28.

We cover much of those issues in our CAT 8 review. But, in short, Marucci updated the alloy in the barrel as well as the added another variable wall thickness level to help extend the sweetspot. Not inconsequential changes but any means. That said, in terms of player feedback, folks liked the CAT 7 as much as they liked the CAT 8. So, were the changes measurable in the sense general player feedback? Probably not. But, there could have been some durability and marginal performance growths that aren’t observable.

The most unique feature of any Marucci Posey28 type bat is the anti-vibration knob they have pattended. In effect it is a harmonic dampening silicone type piece that sits inside the knob and extends partly through the handle. In the event a ball is mishit and vibrates through the bat then the knob absorbs the vibration before your hands do. Such technology is not just psuedo-science. Marucci has real data to prove it does work. Even more impressive, they have years of feedback and literally thousands of hitters that can attest to it working as well.

The Posey28 also uses variable wall thickness in the barrel. That is, if you were to cut the bat in half you would notice that the aluminum in the barrel walls is not the same width as it travels the length of the barrel. This change in thickness allows engineers to tune the barrels performance at different parts. They can make the middle of the barrel–where most spring is found naturally—and keep it under the limit while expanding the performance level of the ends.