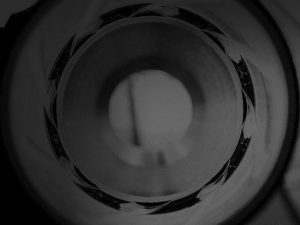 We spoke with engineers responsible for the 2020 Gattaca at DeMarini. As well, we spent hours reading up on their site and discussed the 2020 Gattaca with a number of bat experts. In short, the Gattaca is a hybrid bat that uses unique inner barrel grooves to optimize the flight path of well hit balls. We discuss more of the science below in our 2020 DeMarini Gattaca BBCOR Review.


Big hitters will like this bat. Don’t expect to get any extra umph if you are a base hitting type. Stay in the composite realm. But, those who swing with considerable power will see the benefits of the bat.

Initially, we like three things about the 2020 Gattaca: design, innovation and price. First off, the bat is comprised of a two piece hybrid design that uses many of the elements found in the beloved DeMarini Voodoo. Secondly, the technology in the aluminum barrel enhances performance in a BBCOR world where many manufacturers have found themselves stuck at the limit. And finally, although more expensive than your standard two piece performance hybrid in the BBCOR space, the Gattaca has a reasonable price point—DeMarini isn’t hoping to recatpure all their R&D on the first run of the bat.

There are no other bats with parallel grooves inside. A few do have changes to the width of the material within the bat. (Marucci’s CAT 8 and the VELO, for example). The Mizuno MaxCor does try and improve the ball’s flight–albeit a complete different way in which the DeMarini Gattaca does.

But, in terms of a heavy hitting 34 inch hybrid we’d suggest you look at DeMarini’s Voodoo Insane. The bat is very comparable to the Gattaca in that it uses a very similar handle, outer barrel and end load. Inside the barrel, of course things are quite different.

For the more balanced 33 inch version Gattaca, the most comparable bat is DeMarini’s Voodoo Balance. Like the Insane version, this is a hybrid bat, but it comes with a lighter swing. The handle between the Voodoo and the Gattaca are very similar.

There is no 2019 version of the DeMarini Gattaca. It was a D-Lab creation and produced in 2019 but only for their site. For 2020 season you will see it in a 2020 version (really the first version) with broader distribution. (Like, you’ll find it at your favorite online shop).

Understanding why the Gattaca launches well hit balls with more consistency takes a decent understanding of how bats and balls interact. It is more complicated than most appreciate—or care to appreciate.

How does it work?

To gain a cursory understanding of how the bat claims to improve performance, know this much:

Impedance Matching: What you Should Know

Impedance matching is a term the bat industry uses to describe how a bat and a ball interact with each other. The general sentiment is simple enough even if the physics behind it is more complicated than is useful for us here. As a bat and a ball collide, the way in which they squish and rebound matters, a lot. That concept determines, in large measure, how bats vibrate to your hands, how much energy is transferred to the ball and how the ball’s spin, trajectory and exit speed are affected.

All other things equal (speed, collision force, mass, etc.), the characteristics of the material that make up the barrel of a bat measurably affect ball flight BECAUSE the material and its structure determine how it squishes and rebounds when colliding with a ball. We call that give and take, or how a bat and ball squish and rebound simultaneously to create flight, impedance matching.

Does the 2020 Gattaca Improve Impedance Matching?

We can’t find anything self-evident as to how inner-barrel parallel grooves at impact improve the impedance matching of well struck balls. But, the lack of obviousness doesn’t mean it isn’t true. Outside of a million dollar lab we aren’t sure how we could objectively check such a claim—as much as we like our Rapsodo.

We have enough experience with DeMarini and their well performing bats to give them the benefit of the doubt—the market and time usually do a good job of fleshing out performance claims. And considering their claim sounds reasonable—that a change in barrel structure improves the ball’s rebound effect on SOME hits—our general gut feel is that it is true.

But, how true is it? We mean, how noticeable will such an improvement be to the average big hitter? DeMarini’s test showed that a power hitter put 10% more of their hits into their maximum range. So, 5 or 6 more hits going a few feet further on any given BP session is likely not readily apparent. But, over the course of the season, might make all the difference.

If the bat performs as well as the Voodoo, and all signs point to the fact that it does, then for many power hitters the $50 increase for the Gattaca will likely be worth the bet.