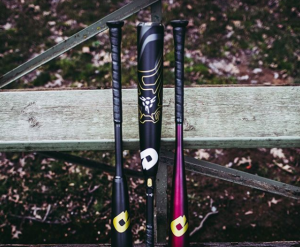 DeMarini’s 2020 Glitch is the same as the 2020 DeMarini CF with the obvious exception of the colorway. That is, it looks different. As well, the Glitch only releases in a drop 5, 8 and 10 in USSSA while the CF has those as well as a BBCOR and USA version too. Our review of the Glitch is, therefore, no different than that of CF. Expect the best performing USSSA bat on the market with a huge barrel, great balance point and a huge chance to impress at every level. In terms of USSSA bats, nothing really compares in terms of market dominance and player feedback.


Our hitters love the big barrel, balanced swing and perfect sound of the DeMarini Glitch. If you like balance, play a lot of baseball and willing to spend top dollar for the best USSSA bat on the market then this is it. The drop 5 is an all-time favorite while the drop 10 is the perfect combo of balance, barrel size, and performance.

We don’t speak like this about every bat. But, in reality, the 2020 CF Glitch (like the CF) is an absolute favorite. WE don’t get to speak bats with such glowing results.

That said, the CF has a history of durability issues. We have had a few CFs over the years break on us too. But, still, we recommend the bat. We suggest you buy it from approved outlets to ensure a warranty. As well, don’t be shy with the bat.
Go hit. (Not in batting cages with yellow balls).
But, we think its silly to treat this bat as a gamer only. We say get some hacks on this bad boy. Don’t start finally working it in after that 12-month mark to then, finally, have it break on you. We find that, if a composite bat from any brand is going to break, they often break early in the life of the bat. 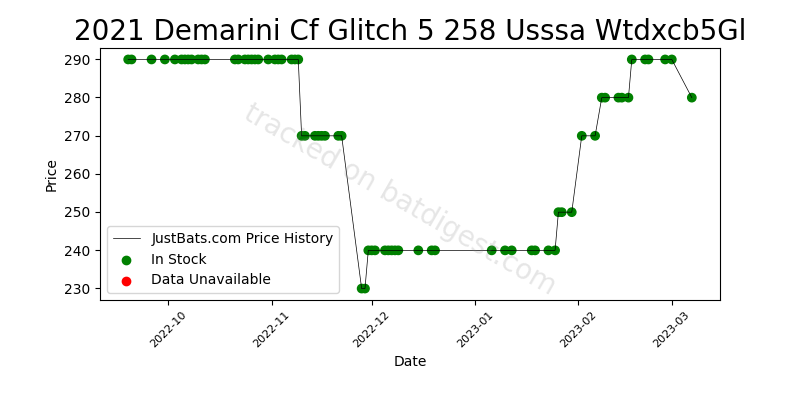 Again, our CF review discusses comparable bats at length. In short, in the USSSA space, in particular, few bats compare. The CF Glitch has the right balance and performance to make most players happy. If you’re willing to spend the money to get a bat in this price range, then the CF Glitch (or CF) is the ticket.

The DeMarini CF Glitch is a two-piece composite bat built with a big barrel and a balanced to light swing. The composite on the bat is used in DeMarini bats for many years, and each year they try and dial it in a little better. In recent years they’ve pushed the limits of performance at the direct cost of durability. And, while you find many who aren’t happy with the bat’s durability, you cannot find anyone who doesn’t like the bat’s performance.