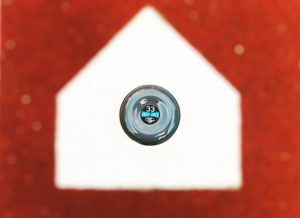 It’s a single piece aluminum built with a decent sized barrel and a good average balance swing weight—not too heavy, not too light but just right. We recommend the 519 Omaha to players that like a single piece, want a stiff bat and prefer a wood like feel to their bat’s feedback for hits and mishits. The breadth of sizing options are unmatched in the industry.


We’ve hit with every 2019 Omaha 519 from Slugger. This series of bats, not changed much over the course of several years, is just what the traditionalist ball player prefers.

Rawlings 5150 is built with the exact same feel and result in mind when compared to the 519 Omaha. Both are single piece aluminum bats with a middle of the road swing weight and decent sized barrel. Both are used by hitters that prefer the stiff feel of bomb making bat and are willing to pay the price (in sting) on mishits.

In fact, both bats are named similarly because they are that similar. 5150 Alloy, one of the very first alloy’s to make baseball bats, is the genesis of these bats and the genesis of their names. Although both have manipuated the original 5150 alloy into their own special concoction to increase durability and performance the intent remains the same.

Slugger’s 2019 519 comes in more sizing options when compared to the Rawlings 5150. That is only because the 519 Omaha comes in a more sizes than any bat on the market. The 5150 from Rawlings is their most robustly sized bat.

Functionally, there are no differences between the 518 and 519 Omaha. Both are single piece bats with a good sized barrel, average swing weight and a huge swath of size offerings. They both continue to use the same alloy to make up the structure of the bat.

The 2019 version does have a new grip on its handle. For whatever reason, Lizard Skin grips are found on Easton bats for 2019—Slugger has gone with their own grip.

The 519 USA Bat 519 Omaha’s are not out at the time of this writing (October of 2018). The USSSA and BBCOR are. We expect to see similar sized USA Bat vesions of the Omaha by the holidays. In the meantime, check the USA versions in the 2018 518 Omaha as it will be a very similar bat.

The claim is the end cap changed in the 2019 version. This new lighter end cap, at least a few different marketing tracts we read, mentioned something about this lowering swing weight. This may be the case in non-BBCOR versions of the bat, but the 2019 519 33/30 and the 2018 518 33/30 swing with a near identical swing weight.