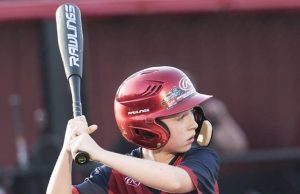 Rawlings looks to improve upon the durability of their flagship bat with the 2019 Rawlings Quatro Pro. The BBCOR version of the bat was our favorite bbcor bat in 2018.


Our hitters found the feel on the Quatro, especially the BBCOR, to be perfect. The swing weight was lighter than most bats and the barrel size bigger than most bats. The price point compares to other bats of its type (two piece composite). Generally, exit speeds were above average with the BBCOR outshining everything.

Amazon eBay JustBats
If the bat can hold up it's a rock star. We find this version a bit more durable than the 2018 version which had a real propensity for home runs and breaking. The Quatro Pro for 2019 strikes a great balance between a light feel, wonderful performance and decent durability.
Sizing: 31, 32, 33, 34-inch
Release Date: October 1, 2018
Serial: BB9Q3
Bat Type: Two Piece Composite
Barrel Size: 2 5/8
See other BBCOR Bats

There are several high end two piece composite bats. These bats tend to be the flagship bat of major vendors. They include the ones you heard of like the CF Zen from DeMarini, the Easton Ghost X and Louisville Slugger’s 919 Prime. In terms of price, performance and feel the four bats are remarkably close.

We do find the 919’s swing weight closer to the Rawlings Quatro while the Ghost X and CF Zen swung a bit lighter.

They changed a few things on the 2019 Quatro. Enough so that buying last year’s model will likely yeild a different experience. Here are some of the changes:

The 2019 change also improved the durability. Early reports show the bat is holding up a bit better. The 2018 version was notorious for cracking early. But, before you get the impression we think that is a bad thing, the bat was crazy hot. BBCOR and USA exit speeds showed top of the class.

As such, we’d recommend the 2019 version over the 2018 version—although the price gap may be tempting. Of course at some price the 2018 version is a fantastic get—especially in the BBCOR space. But, in terms of a used 2018 USA bat on ebay, we would avoid this time around.

Unique to Rawlings’ two piece design is a synthetic collar that surrounds the connection point. For 2019 this has been upgraded to reduce more sting from mishits.

As well, Rawling’s uses a floating inner barrel towards the end of the bat. This extra barrel allows for better trampoline effect at slower impact speeds as well as a sort of governor to keep it from overdoing the restriction limits. In 2019, the inner barrel was moved more towards the knob of the bat to reduce swing weight and, hopefully, improve durability.