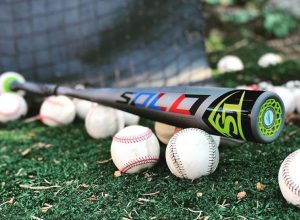 We took the 2019 Slugger 619 bat in a few different sizes to the fields and cage.


After hitting and then reading everything we could on the bat, as well as discussing it with a few major vendors, we write this 2019 Louisville Slugger 619 Review. In short, the bat is recommendable across the board. Compared to last year it no longer has the Lizard Skin grip. But, that is far from reason to still not love this bat.

This is the third iteration of the 619 from Slugger. It comes in multiple sizes and options, relative to other bats. The 619 is, like its predecessors, a single piece aluminum. It was, far and away, the most popular USA Bat in 2018, did fantastic in the USSSA Travel ball space and was also seen a few times in the 2018 College World Series. In 2017 we thought it the best BBCOR bat and in 2018 thought the USA Bat among the best.

Amazon eBay JustBats
The 2019 Louisivlle Slugger SOLO is a reprint of the 2018 version and there is nothing wrong with that. The bat is a single-piece aluminum stick with an extended composite end cap to help bring down the swing weight. Despite it's classification as a drop 11, the bat swings as heavy as many drop 10's and, if you remember, this 2nd year of the USA bat standard put bats all over the place.
Sizing: 28, 29, 30, 31, 32-inch
Release Date: September 15, 2018
Serial: WTLUBS619B11
Bat Type: Single Piece Alloy
Barrel Size: 2 5/8
See other Drop 10 USA Bats Bats 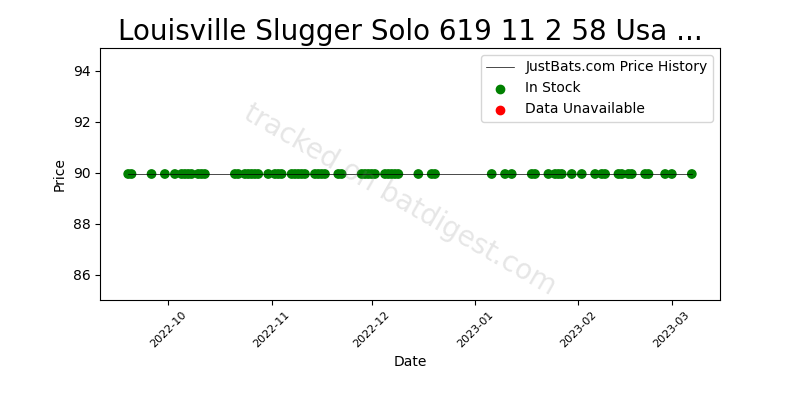 Rawlings makes a similar bat called the VELO. In fact, if you’ve followed this market for some time like we have, you’ll know the Rawlings VELO was the first bat of its kind. That is, a single piece bat with an extended composite end cap. This lent to an ultra light swing, good price point and good sized barrel.

For whatever reason, likely due to the number of sizing options, Slugger crushed it with the 61X Solo series of bats. And, although we aren’t privy to the exact numbers, surpassed the OG single piece VELO.

But, if you are looking for a reasonable alternative to the Slugger 619 Solo look no further than the 2019 Rawlings VELO. The VELO comes in a number of sizes too as well a few drops in the USA space.

Slugger makes another single piece aluminum bat known as the 519 Omaha. This bat, however, does not have the extended composite end cap like the 619 Solo or Velo Hybrid. As such, expect a heavier swing weight. Barrel sizes are about the same.

It runs a few dollars cheaper so if you’re looking to save a few bucks then the 519 is a reasonable choice. Or, if you need something that swings a bit heavier than the 619 Solo and want to save a couple bucks then the 518 Omaha it is.

There are virtually no differences between the 2018 Slugger 618 Solo and the 2019 Slugger 619 Solo. Both are single piece bats with some tech in the handle to reduce vibration. They also use an extended composite end cap to bring down the swing weight. As far as we can tell there are also no difference in size offerings compared between the two.

In other words, we’d recommend getting a deal on the 2018 SOLO if you can still find it new. Most bat’s inventory lasts through the holidays. But, come spring of 2019 expect the 2018 Solo to be in short supply—especially in popular sizes.

As we mention above, the 619 Solo is a single piece bat with an extened compostie end cap. This allows it to be one of the lightest swinging BBCOR bats on the market. The USA and USSSA bats have a similar balance point.

By our measurements, the 619 Solo sits as the same swing weight as the lightest bat on the market which is the 2019 DeMarini CF Zen.

As you change lengths you’ll find that the rankings of heaviest to lightest BBCOR bats stays very similar. In other words, if you are looking for a 30 inch BBCOR bat the below rankings hold true.