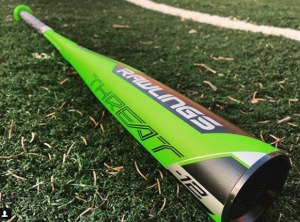 We put several hundred swings on the 2018 Rawlings Threat USA Bat. The USSSA and BBCOR versions are reviewed here too, but they are significantly different in makeup when compared to the 2019 USA Rawlings Threat.


Stronger, more advanced hitters didn’t prefer how light it was and complained a few times about hand sting. All the players under 10 loved the light swing of the USA Bat. It also had a great sound, feel on impact as well as the design. The USSSA and BBCOR versions of this bat are the next generation Rawlings Prodigy. The Prodigy is a single piece aluminum bat with a low price point and a low swing weight.

The USSSA Threat and the BBCOR Threat are, essentially, remakes of the 2018 Rawlings Prodigy. That bat is a single piece aluminum built with some technology in the aluminum that allows for a longer sweet spot. These bats are nothing to write home about as there are several dozen slightly inexpensive single piece aluminum bats on the market today. The USA Threat, on the other hand, is an ultra light swinging single piece composite that, at least in 2018, filled a void that very few bats did: light swing, good price point.

Amazon eBay JustBats
Rawlings 2019 single piece composite with a ultra light swing in a drop 12 is the Threat. The bat gets great ratings on its durability and value buy but does lack the kind of power upper level travel type players wish they had. But, younger ones just getting started that want a reasonable bat will be right at home.
Sizing: 27, 28, 29, 30, 31-inch
Release Date: October 1, 2018
Serial: US9T12
Bat Type: Single Piece Composite
Barrel Size: 2 5/8
See other Drop 10 USA Bats Bats 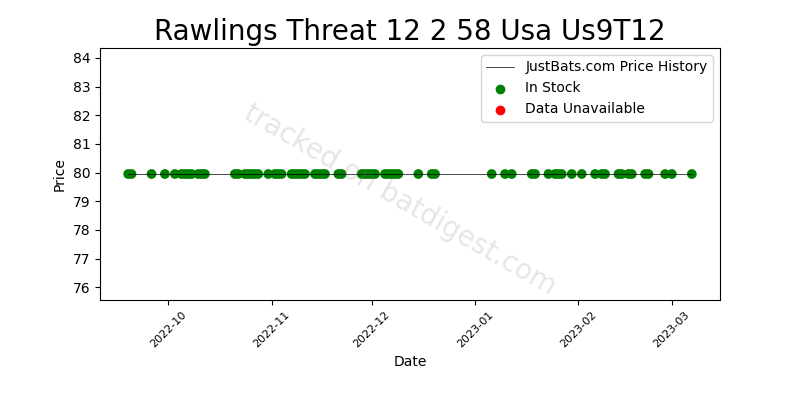 The Hyperlite does have a 2 5/8 version in a drop 11. But, if you were looking for a drop 11 you’d likely not have made it this far in an article about the drop 12 Threat.

There are enough early reports on the Beast X Hyperlite to prove it is not going to be the favorite in this years 2018 USA Bat space.

If your intent is to get the lightest swing you can possibly find then the Rawlings Threat should be your choice.

There was officially no Threat in USSSA and USA last year. However, there is was a Prodigy and this bat takes its place in a long line of simple, single piece aluminum bats from Rawlings.

The USA Rawlings threat is a single piece composite bat with an ultra light drop 12 swing. The barrel size measures out below average when compared to other drop 10s in the space, but they are far from the smallest. And it stands alone in the 2 5/8 drop 12 space.

It also comes in as short a size as a drop 28 inch drop 12. That is, you can get a at that weighs close to 16 ounces—making it appropriate for players as young as 6 years old.

Note, as well, our 31/19 weighed in closer to 18 ounces. And the swing weight on the bat (with a real focus of the weight in the handle not the barrel) push it well below other 18 ounce bats on the market. In fact, its swing weight was even lighter than the 27/17 Marucci F5.