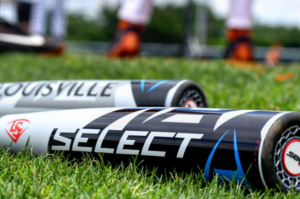 After a hiatus in 2017 (there is no 717, for example) the 718 responds to a number of collegiate players who were in love with the big swing of the 716 but were left out of the mix. This 2018 Louisville Slugger 718 Select fills that need and our review of the bat is below.


The 718 from Slugger is a remarkably endloaded two piece hybird bat built for a strong that likes the hot out the wrapper feel of an aluminum bat but prefer the more forgiving swing of a two piece bat.

The 718 Slugger is recommendable for strong players who want a heavy swinging bat in the two piece hybrid realm. For most that means the bat is not for them. Players who don’t have all day to spend in the weight room and, even those that do, players who prefer a single peice bat instead should look elsewhere.

If you are in the market for a hybrid bat that swings heavy then the 718 and Voodoo Insane are about your only options. And, good for you, both bats rate high on the scale of 1 to Bomb Maker.​

In short, the 718 Select is an upgraded 716 Select from 2016—that boasts a two piece hybrid structure. In the college world series we found this bat more often than any other Slugger bat. And, since this bat is built specifically for stronger hitters in the hybrid niche then it is no surprise college players preferred it over other Slugger bats. All other bats in the Slugger lineup, including the 918, 618 and 518 are built for the hitter that prefers a more balanced swing.

The major difference between the 716 and the 718 is that the 718 swings heavier. The 718 also uses a redesigned endcap, made from composite, that helps dial in the swing weight. But, aside from those two MAJOR changes, the only differences are color scheme.

Both bats, like many of the top line Slugger bats, use the TRU3 connective piece. The 7 series of bats also use the same composite handle found in the 918 Primes. The barrel of the 718 is the same barrel found in the Omaha 518. The 718 is designed as a hybrid of the 918 and 518 bats. ​