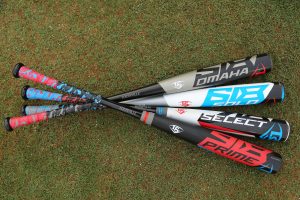 After being named the best 2017 BBCOR baseball bat, the 618 SOLO from Louisville Slugger is BACK!


If the bat is anything like last year, and it is, then you can expect a sweet swinging single piece with an extended composite end cap.

It is the most balanced bat Slugger makes and by balanced we mean the lightest swinging. It will also come in a 29-inch which we absolutely love. Count the following as our 2018 Louisville Slugger 618 Solo Review. An absolute must read before you pull the trigger.

Fun Fact: The 29-inch 2018 618 Solo is the lightest swinging BBCOR bat on the planet. We know this because we measured the swing weight of every one of them. It also did quite well on our exit speed tests.

As we have only seen this bat hit on TV (during the CWS and Regionals) it is impossible to make any firm determinations as to recommendations. If the bat is anything like the 2016 Slugger 716 Select then you can expect a somewhat balanced swing weight and a nice smooth smash. As we gather more data we will update that information here.

What the 618 SOLO has that the VELO does not is a broad range of lengths. That reality is the driving feature in our preference for the SOLO over the VELO. Although, as many like to point out, the VELO has a much longer pedigree than the two year old SOLO line.

Slugger changed two things on the 2018 version of the SOLO. The first is a different composite structure on the end cap. The 2017 version had a composite end cap for sure, but the 2018 SOLO uses a new composite that is even lighter. It is, in part at least, some of the reason the 618 SOLO is the ligthest swinging bat in the 2018 Slugger lineup.

As was the 617 Solo built, so goes the 618. It includes a single piece aluminum barrel with an extended composite end cap and a Lizard Skin grip. It is a rather straight forward bat with a stiff feel, okay sized barrel and remarkably lights wing weight.

Granted, in 2017 USABats were not invented yet so looking at an old model is impossible. But, in terms of construction, the 618 Solo is built just like the 617 version in the BBCOR space.