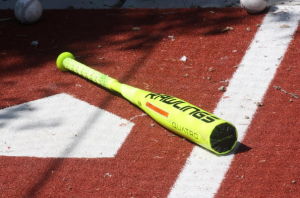 We always check prices on new stuff at justbats.com. (Here is their Quatro search). Hard to beat their return policy and knowledge of bats. After that, places like Amazon might be a good bet.


After considerable time in the cage, direct feedback from hitters at different levels of the sport and discussions about the upgrades with several in the know, we present our 2017 Rawlings Quatro bat review in both Senior League and BBCOR.

The 2017 Rawlings Quatro is the same as the 2018 Rawlings Quatro. This bat was only produced in BBCOR and was a late release. It was also a limited run production and considering the bat has a propensity to break it is a very rare find. However, it’s a legit bat and worth picking up if you can find one but don’t be mad at us when it breaks. Until that time, however, it will drop bombs.

There are a few two piece composite bats with a balanced swing and some innovation at the connective piece. The leaders in the space include Louisville Slugger’s 917 Prime—which first pimped the “Three Piece” bat design in 2015. From the 2015 model to the 2017 model, Slugger has consistently strengthened the connective piece (they call this TRU3).

Slugger’s upgrade focus on a stiffer transition gives at least a bit of pause to Rawlings touting significant flex in its first run at a ‘three piece’ bat.
Other light swinging two piece composite bats are the Easton MAKO Beast and the DeMarini CF Zen. Both emphasize their connective design which can, they claim, deliver an ultra smooth swing with optimal power.

The Quatro is a new line of bats for Rawlings in 2017. In the Rawlings line, you will not find a similar BBCOR bat from year’s past. In the 2 3/4 Big Barrel version, the VELO Composite from 2016 is somewhat similar, although it lacks the silicone collar around the connective piece.

At its core, the 2017 Rawlings Quatro is a two piece composite bat with a centering balance as close to the hands as possible. This gives the bat a large barrel and a light swing. Rawlings added a silicone collar within the connective area of the handle and barrel. This feature dampens sting on mishits and the general idea has been used in several other brands, confirming it works.

One could assume the name Quatro means a four-piece bat—just as the Trio from 2015 and 2016 was a three piece bat—yet this is not the case. The Quatro is officially a three piece bat: the handle, the barrel and the transition piece.

Every vendor site we’ve read claims the 2017 Quatro allows for flex between barrel and handle to increase ‘accelerated bat speed through contact’. They all must simply be copying from the same Rawlings adslick.

Sadly, this idea of ‘bat whip’, or bat acceleration, is a terrible misconception about two piece bats. Two piece bats DO NOT flex on the down swing (like a golf club) to store up bat speed for impact. Instead, two piece bats flex at impact. The flex actually delivers less power to the ball, but feels better on the hands. This is one reason better hitters use one piece bats (or bats with very stiff transitions). Don’t be fooled by such silliness.

Rawlings is also claiming this is the first composite barrelled bat they’ve made. In the BBCOR space that is true enough. The Quatro is Rawling’s first BBCOR composite barrel. However, they did produce a two piece composite design in the Big Barrel space (2 3/4) just last year. It was called the VELO Composite.