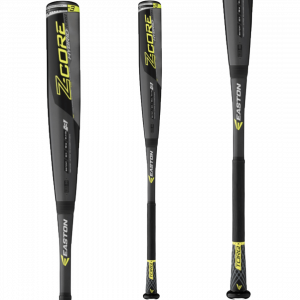 
We have covered Easton’s TORQ-handled bats since their release over two years ago. There is not a version we haven’t hit, seen hit or tested extensively. Although not available at major vendor sites, Easton is producing the TORQ in several versions for 2017 directly on their site. Count this as our 2017 Easton TORQ reviews overview.

If you are looking to learn more about the genesis and reasons behind the TORQ, then a few sources can get you started. Our “What A Bat Should Do” is helpful, as well as our Baseball Life Hack video. Reading Amazon reviews on the Beast might be helpful too, as they are essentially the same bat. We spent some time on Easton’s product pages for this review, as well.

The TORQ version is literally the same exact bat with a spinning lower handle. It only comes in 33 and 34-inch lengths, and because of the TORQ, has a different grip structure on the bottom hand. Other than those features, expect the same exact performance.

As we cover in our 2017 Easton Z-Core Hybrid Review, the Hybrid is a two-piece bat with a middle of the road swing weight. It is built for the player that prefers the buttery smash of a two-piece stick, but likes the aluminum barrel’s ping, durability, and hot out of the wrapper performance. It is the easiest way to get the largest aluminum barrel possible.

The Z-Core Hybrid is exactly the same with the obvious exception of the spinning handle. It also only comes in a 33 and 34 inch size and has a different grip structure due to the TORQ element.

As we cover in our 2017 Easton Beast Review, the Beast is Easton’s flagship two-piece composite baseball bat. This beauty took the world by storm just a few years back and the bat market has not been the same since. We named the 2017 Beast as our Best 2017 Baseball Bat for a reason.

The TORQ versions of the Beast are exactly like their non-TORQ counterparts with the exception of the spinning handle. The offering is not as large in the TORQ. Lengths are fewer and the options are only in the drop 5 and 8 2 5/8, drop 10 2 3/4 and BBCOR. But for those who have equivalent sizing, expect the same impressive barrel performance and swing weight.