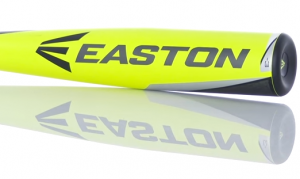 We hesitated for several months to even review the Easton S500 (and S500C) as we generally leave this blog to review bats in the performance realm. But we’ve been asked a dozen times and our site is searched often for our 2016 Easton S500 review—which we’ve yet to have until now. It is a wildly popular bat due to its price and brand name and a lot of parents, we are guessing, search to see if the bat has at least marginal enough reviews to pull the trigger.

In reality, our review of any 7050 Aluminum alloy budget bat could have sounded exactly the same. The bats are mass-produced with a budget in mind and there is no particular benefit to the S500 over any of the other dozen or so 7050 single-piece alloy bats. You are simply buying a brand name and a paint job.

We do like the Easton S500C and would suggest, for those in the budget range of the youth 2 1/4 little league bat market, to give it a whirl—the two piece design is a worthwhile addition to a budget bat.


In putting together data points on the 2016 Easton S500 and S500c we spent 2 hours in the cage with the BBCOR and Senior League Versions. The bats were hit among a half dozen different players and feedback was assembled.

We also read a number of reviews online from sites we trust and consulted trusty YouTube for any additional information. Easton’s site about the bat was also somewhat helpful in putting together our 2016 Easton S500 Review

We’ve spent a good two hours in the cage with Easton’s 2016 Easton S500 and can readily report the bat performed to expectations—which weren’t very high to begin with. The S500 is an inexpensive bat in the one-piece aluminum alloy range (7050 aircraft alloy) that a number of Walmart brand competitors imitate. The bat’s play in the market is a name brand and sharp paint job with a cheap price point—that we can definitely confirm. It’s hard to claim it’s much different than any of the other 7050 budget single-piece aluminum on the market.

We had a number of hand ringing experiences that were less than pleasant but expected from the traditional 7050 alloys. The barrel size, for that type of bat, wasn’t terrible.

Nothing in particular blew us out of the water when considering the bat’s performance although we can say, for the price point, it is definitely a bat with brand recognition, a nice paint job and some good durability in a traditional 7050 aluminum aircraft alloy. The bat is hardly on anyone’s best bat list—but the name brand and paint job make it one of the best selling bats in America.

Amazon eBay JustBats
We'd personally be more interested in spending that $100 on a used composite via ebay with a search like this. You'll have more success by searching outside the peak baseball interest times which are, roughly, August to November. If you're stuck inside the peak baseball bat buying times and have a $100 budget then we still think, if you are patient enough, could pick up a late model hybrid or single-piece performance bat for around $100. See our Bat Reviews for some ideas.
Sizing: 27, 28, 29, 30, 31, 32-inch
Release Date: September 1, 2015
Serial: SL16S5009
Bat Type: Single Piece Alloy
Barrel Size: 2 5/8

Amazon eBay JustBats
Those with no more than $100 and feel obligated to purchase a new bat should only seriously consider this bat if, and only if, they are comfortable with the hand sting associated from a one piece alloy bat---and the power that can come with it if hit right on the sweet spot. If you're still on the fence we suggest you review the performance vs non-performance bats in our "what bat has the most pop" article.
Sizing: 30, 31, 32-inch
Release Date: September 1, 2015
Serial: SL16S5005
Bat Type: Single Piece Alloy
Barrel Size: 2 5/8
See other Drop 5 USSSA Bats

Similar bats can be found at any Wal-Mart or target across the country. 7050 Aircraft Aluminum alloy bats are a dime a dozen. The S500, however, is closer to $100 for one. One similar bat we’ve reviewed before, but believe we like more, is Boombah’s XPLODE.

We found Easton’s 2016 S500C an interesting bat for sure. It’s a light swinging hybrid bat (a composite handle and an aluminum barrel) made for the budget space. The bat uses the same aluminum alloy as the S500 which, at least compared to performance-based bats, lacks in performance through the entire length of the barrel. It also struggles to get to peak performance on lower impacts.

However, on the bright side, the connection piece of the bat is the same CXN Easton uses on the MAKO brand of bats. And the composite handle is nothing to be disappointing in either. From a pure budget standpoint, we’d be very willing to recommend the Easton S500C for the youth barrel league in the drop 12. Brand new, last we checked, the bat was less than $80. And getting some hand sting dampening in a light swinging hybrid bat—despite it’s barrels’ lack of performance—for that price point makes it an interesting choice for sure.

The S500 is a simple single-piece aluminum bat made from 7050 aircraft aluminum. This is the same aluminum alloy used in several lower-end model bats that can be found for cheap prices just about anywhere. The handle feels thin compared to most other bats—a sort of softball bat quality to the stick which, we thought, added to the hand sting in a bad way.

The barrel size is below average when compared to aluminum performance bats. But the paint job is nice.