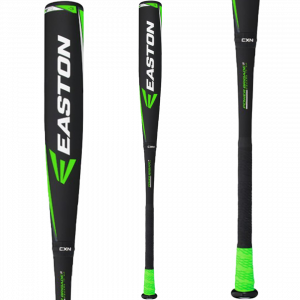 
The Easton MAKO is considered, at least by us, the flagship bat of Easton and maybe even all of composite bat baseball. Regardless of your ultimate preference, the MAKO is on everyone’s short list of best bats and has, since it’s release, redefined the experience of a buttery impact.

Not much changes between the 2015 and 2016 Easton MAKOs. So, if you can find any of those they’ll treat you about the same. This is Easton’s flagship bat for 2017.

Lots of bats try and imitate the Easton MAKO in it’s two piece design but only one, we have found, gets close enough to be in the same class by way of pedigree, market penetration and performance. If you are looking for a top end two piece composite bat with great pedigree, massive market acceptance and proven performance than DeMarini’s CF8 is its only real rival.

There are some other two piece composite bats which we like a lot and are worth a consideration—although they’ve yet to be fleshed out by the market like the MAKO or CF series from DeMarini have. For example, the new 2016 Adidas EQT X3 RBZ would be an interesting consideration. Louisville Slugger’s 916 Prime should also be on this list. Both are high performing two piece composite bats with buttery swings and big barrels

Within the Easton brand, the MAKO TORQ is a very similar bat—aside from it’s rotating handle. The MAKO XL is also similar in it’s design, market acceptance and prowess but that version has an added end load.

The 2016 Easton MAKO’s origin lies in the neon orange MAKO from 2014. The 2014 version changed the nature of bat marketing, performance, hype and sales and the industry has yet to look back.

In fact, we’d argue the MAKO series is the most influential bat the baseball space has seen within the last 5 years and maybe, at least with some hyperbole, ever. The 2014 version, compared to bats of its class, was ultra flashy and strikingly memorable. It’s barrel, at the time, was unrivaled in size and, it should be noted, so was it’s price.

Other bat companies have tried to close the gap in the last two years and their success is debatable. But no one disagrees that the 2014 Easton MAKO threw down the gauntlet of what a performance baseball bat looks like.

This year’s version comes with an updated colorway and an improved ‘superskin’ grip. Other than those minor details, it is virtually unchanged from the 2015 Easton MAKO. It is still a top-shelf performance composite built at the edge of allowable limits. The barrel size is still boat-oar like and the amount of opportunity you get to square up a ball with such limited swing weight is only rivaled by the best in the business.

Some may claim no upgrades is a lazy approach by Easton for their flagship bat in 2016, but it would be hard to make an argument the MAKO needed upgrading. Since 2014, on the MAKO’s release, the brightly colored bat has dominated little league and highschool markets as much as any bat ever has. The amount of barrel you get for swing weight is the most on the market (at least in the BBCOR space), it comes in many sizes and is available in every league imaginable. It’s helpful the bat model has a reputation as a downright ball killer.